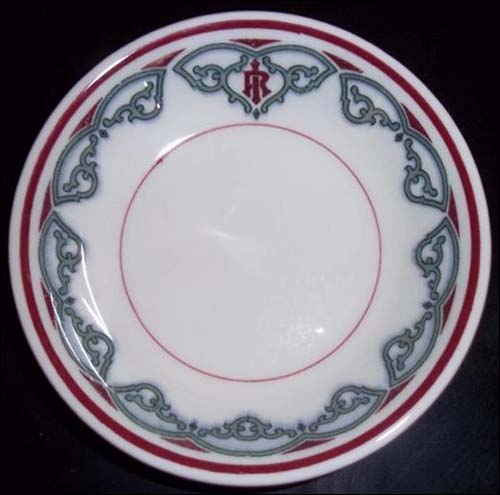 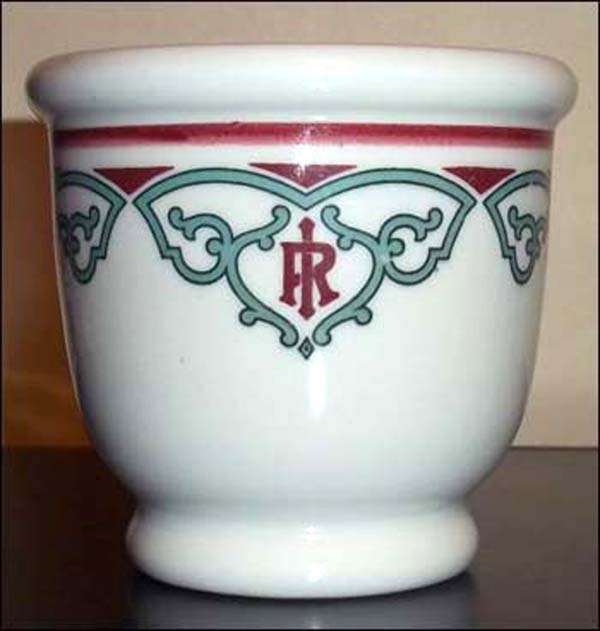 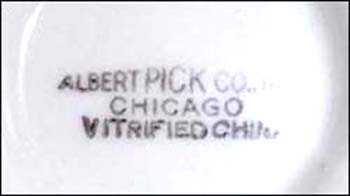 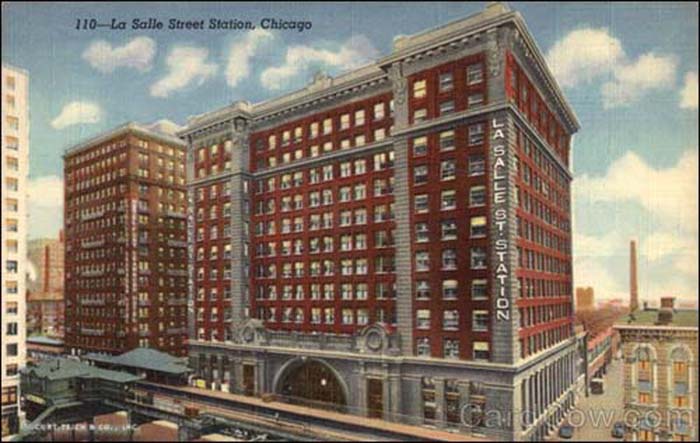 Notes: From the Wikipedia: The Rock Island Line covered a massive part of the United States with its freight service, and it ran far-reaching passenger service with major routes between Chicago and Los Angeles, Chicago and Denver, Memphis and Tucamcari and Minneapolis and Dallas. It went out of business in 1980.

The LaSalle pattern was made by several manufacturers, including Buffalo, Syracuse, McNicol and Rosenthal. According to Richard Luckin in "Dining on Rails," however, not all examples of the LaSalle pattern were railroad-backstamped, and specifically, Albert Pick supplied the Buffalo version. That is why these pieces are attributed to Buffalo with only an Albert Pick backstamp. According to "Restaurant China Volume 2," the distributor used the Albert Pick Co. Inc. backstamp from 1931 forward. It is not known at this time when CRI&P used the china but it might have been into the early 1960s.

The pattern is made up of a dark red line on the border and verge, a cool green scrolled design inside the lines that is outlined with red triangles parallel to the border lines, and the intertwined R and I – for Rock Island -placed in the middle of one of the scrolls in dark red.