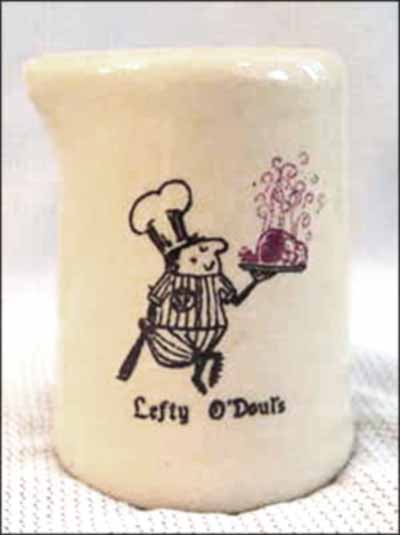 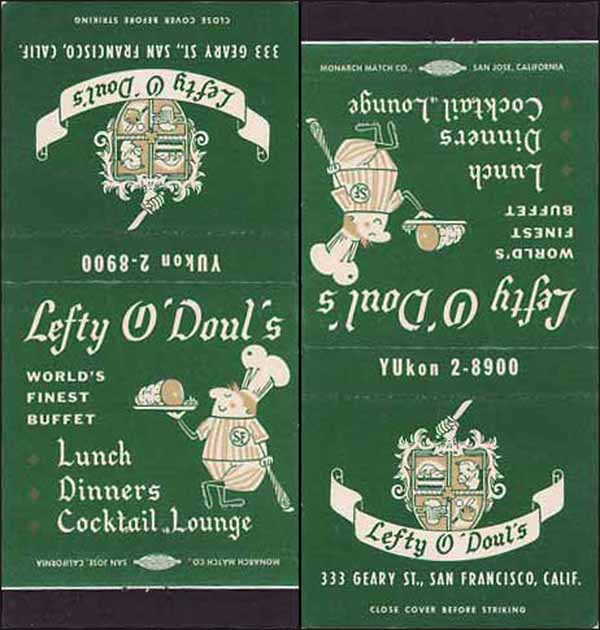 His restaurant and bar is still in operation today (2010) at 333 Geary Street, San Francisco, Calif. (his hometown). It continues to serve his original recipe for the Bloody Mary (albeit secretly modified in the 1960s by O'Doul bartender Chuck Davis, who remains at the bar as of 2009).

A bridge over McCovey Cove, near the Giants home field of AT&T Park, is named the Lefty O'Doul bridge in his honor.

Tan body topmarked with an illustration of a baseball player in a black striped SF uniform, wearing a chef's hat, leaning on a baseball bat in one hand, holding up a piping, red hot meat roast in the other hand. The words "Left O'Doul's" appear beneath the illustration in black.