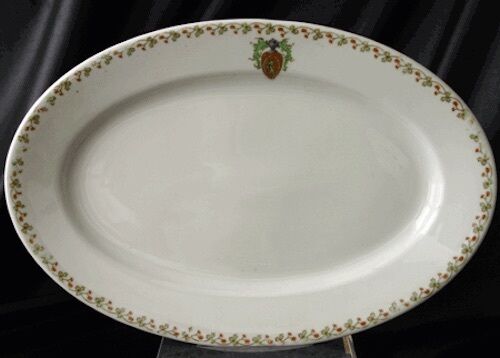 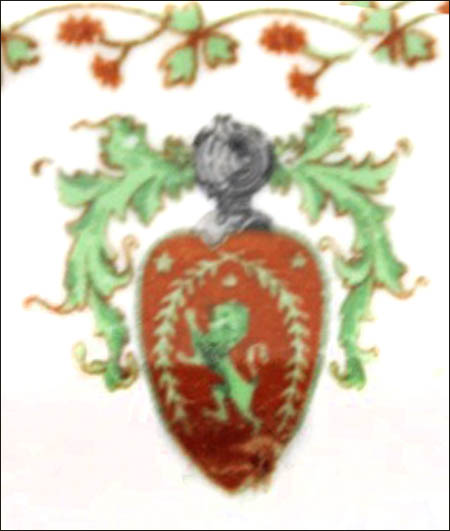 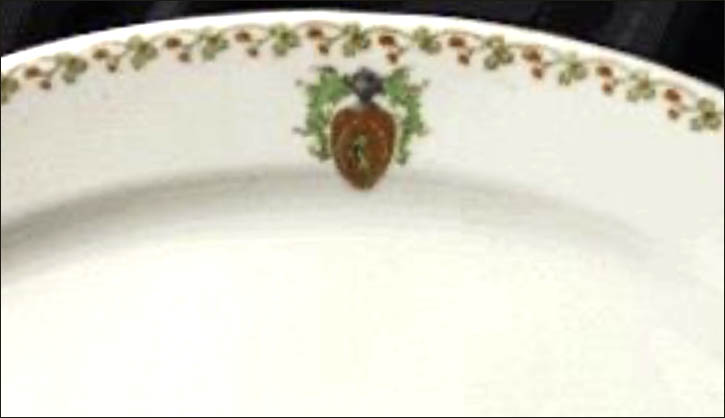 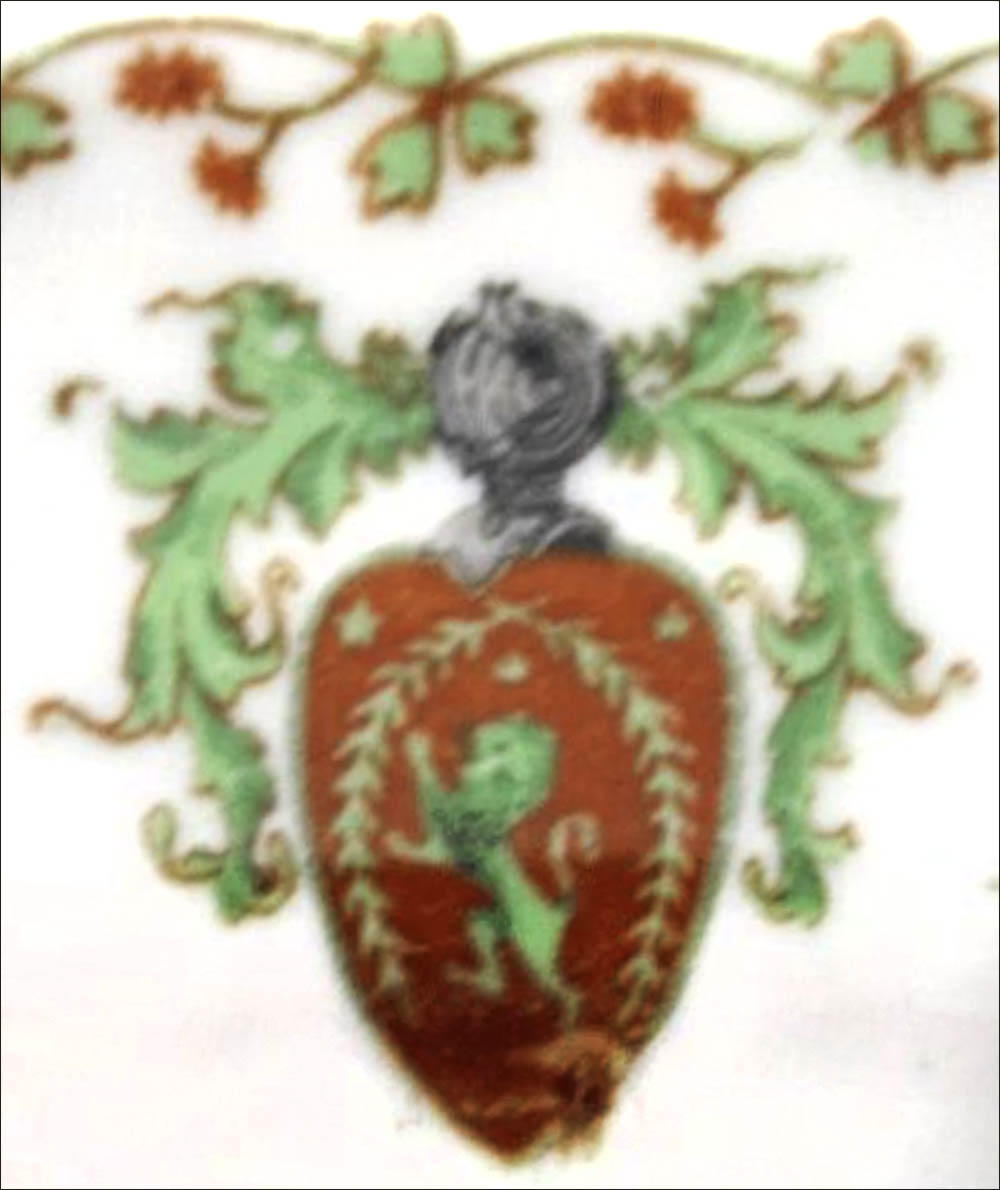 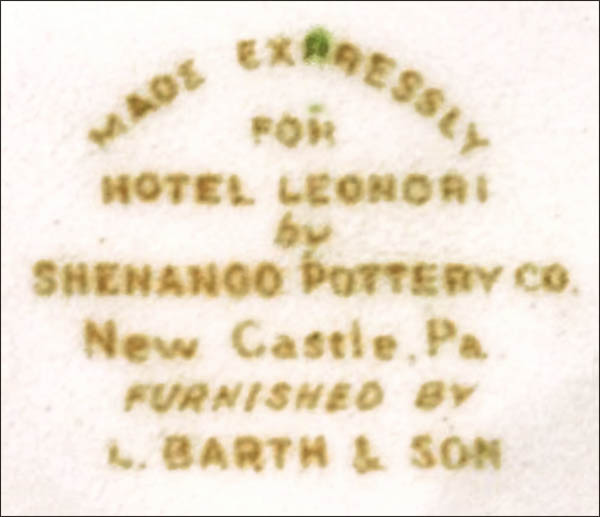 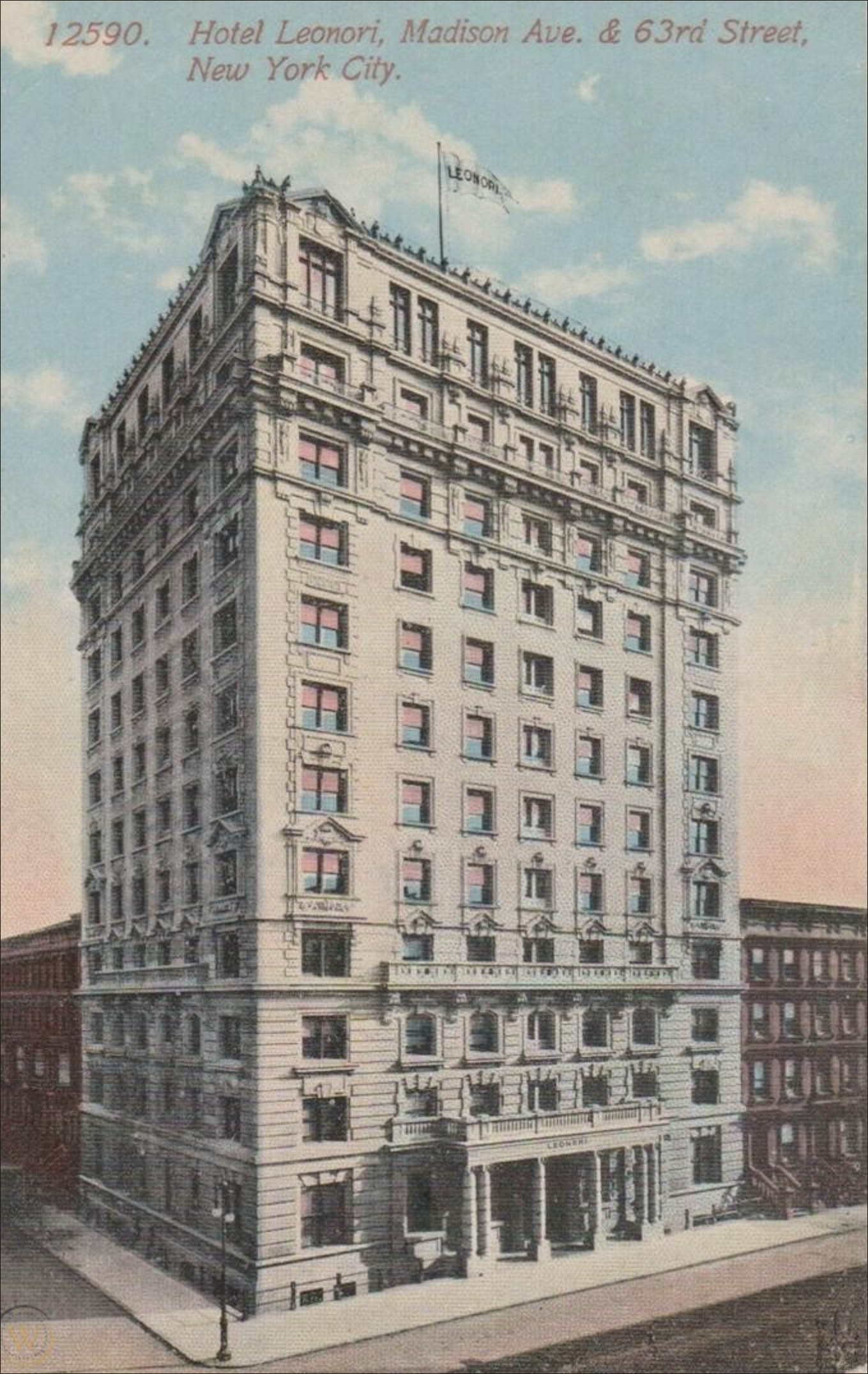 Notes: The 12-story Leonori Hotel opened during the summer of 1902 on the corner of Madison Avenue and 63rd Street. It was owned by the Hotel Leonori Company, headed by Charles L. Leonori. It contained 10 parlor-bedroom suites per floor and operated as an apartment hotel. The dining room was for renters and their guests only and was located on the top floor when it opened. In 1922, the original entrance lobby on Madison Avenue was closed and replaced by a smaller one on 63rd Street. In 1925, the dining room was moved to the ground floor and opened to the public. In 1937, the interior was completely rebuilt and reconfigured. Around 1983 the Leonori was converted into 67 condo units. A one-bedroom apartment could be purchased for $1,495,000 in 2022.

Maddock and Shenango made china crested for the Leonori. The decal crest is a red heart-shape containing a green rampant lion. On top is a gray helmet and green acanthus scrolls. The decal border of brown stems with red flowers and green leaves is shown in the Maddock pattern book as "#5095 Leonori Border", indicating that this border was originally created for the Leonori. The Shenango-made china is virtually identical to the Maddock-made pattern. L. Barth & Son was the Shenango distributor.