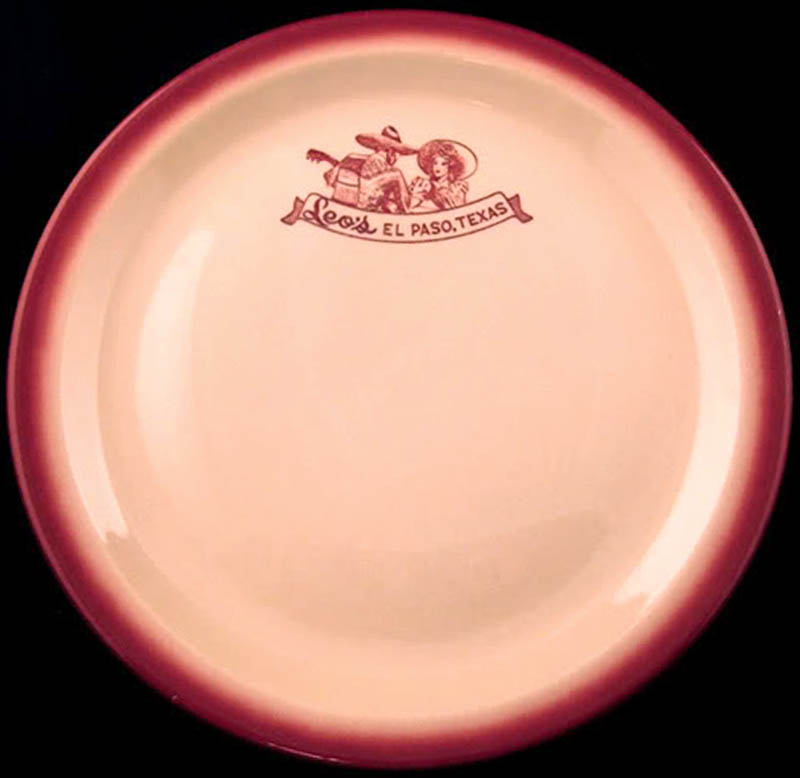 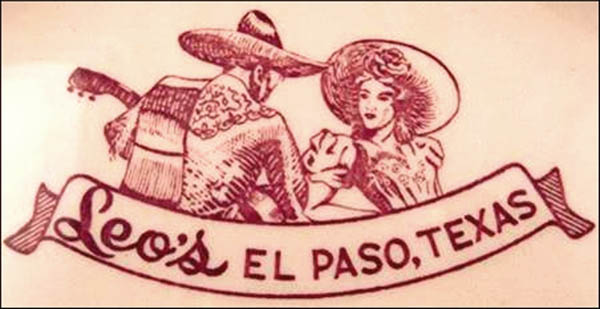 Notes: Leo's has become an El Paso institution known for its "El Paso comfort food" that provides the type of Mexican food people ate while growing up or when they first came to the city. The original restaurant opened on North Loop Drive in 1946 and now there are several branches operating today.

Tan body with red airbrushed rim band border. Topmarked in red with an illustration of a man serenading a women with guitar, both dressed in traditional mexican attire. The words "Leo's El Paso, Texas" appear within a banner beneath the logo.