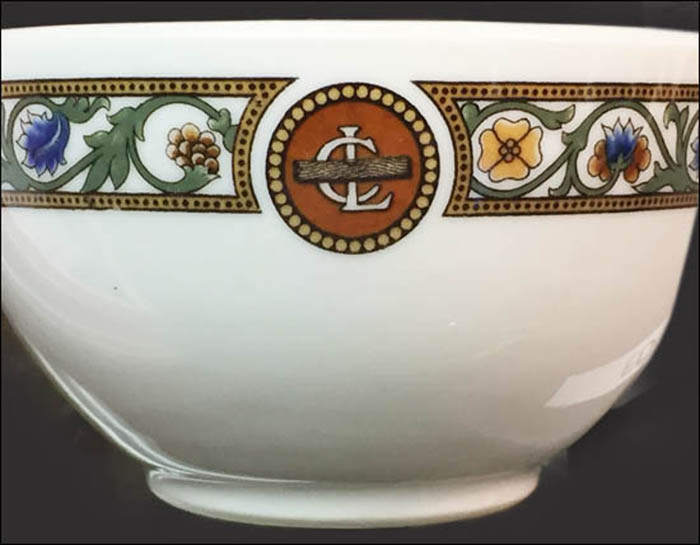 Syracuse China created this multicolor decal border expressly for the Level Club. It is shown in a Syracuse salesmen's sample book as pattern #80801 – Level Club (see below). The 1927 production run was probably the only time this pattern was produced for the club.

The central monogram in red, white, black and brown is a circle with a border of brown circles. Inside are the intertwined letters C and L and crossing them horizontally is what looks at first like a brown log. In reality, it is a carpenter's level.

Information sources:
Logo shown on front cover of "The Level Club: A New York City Story of the Twenties: Splendor, Decadence and Resurgence of a Monument to Human Ambition," by Bruno Bertuccioli and Andrea Bassan, 1991;
Wikipedia – club and building information; and
Untapped Cities – June 5, 2012 article and photos of building.