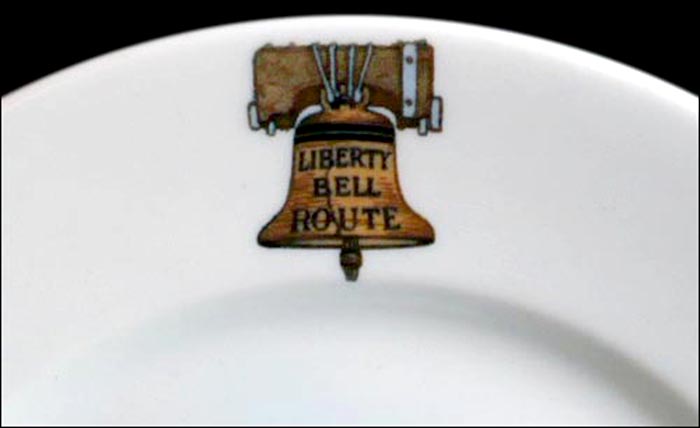 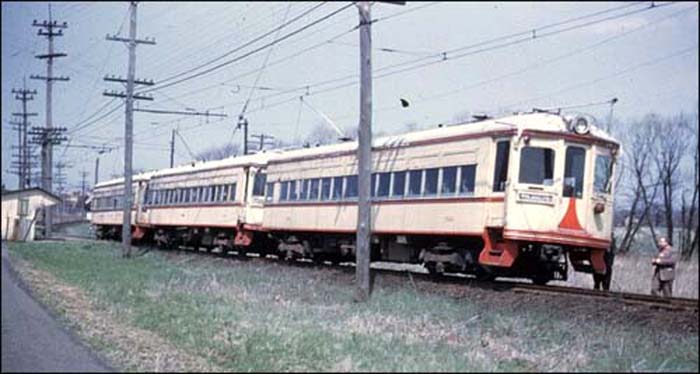 Notes: From the Wikipedia, the Liberty Bell line was a 45-mile – high speed trolley line from Allentown to Upper Darby.

"The Liberty Bell High Speed Line is considered the last of the eastern U.S. high speed, side of road, over hill and dale, town street to farm land interurbans in the United States – As was customary for interurban trolleys, the LVT Philadelphia Division ran fast in open country, but once in a village or town it slowly progressed down streets, made frequent stops, and navigated sharp streetcar-like turns at intersections".

"The Liberty Bell line had a terminal in each town with a waiting room and a ticket agent."

This china pattern was named by railroad authors. In his book, "The Official Guide to Railroad Dining Car China," Doug McIntyre wrote, "Usage is uncertain and could be station restaurant, business car or both."

In "Dining on Rails," Richard Luckin wrote, "LVT operated one restaurant in their 69th St. Station, Phila. In addition to this service, Car 999 was a buffet car, designed for executive inspection & charters. Economics forced conversion of this special car to a coach, which saw service into the 1950s."

Lehigh Valley Transit Company went out of business in September 1951.

The plate has a Maddock American China white body with an image of the Liberty Bell and the addition of Liberty Bell Route on the bell. Distributor for the plate was the L.H. Yeager Co., of Allentown, Penn. That company was founded in 1875.