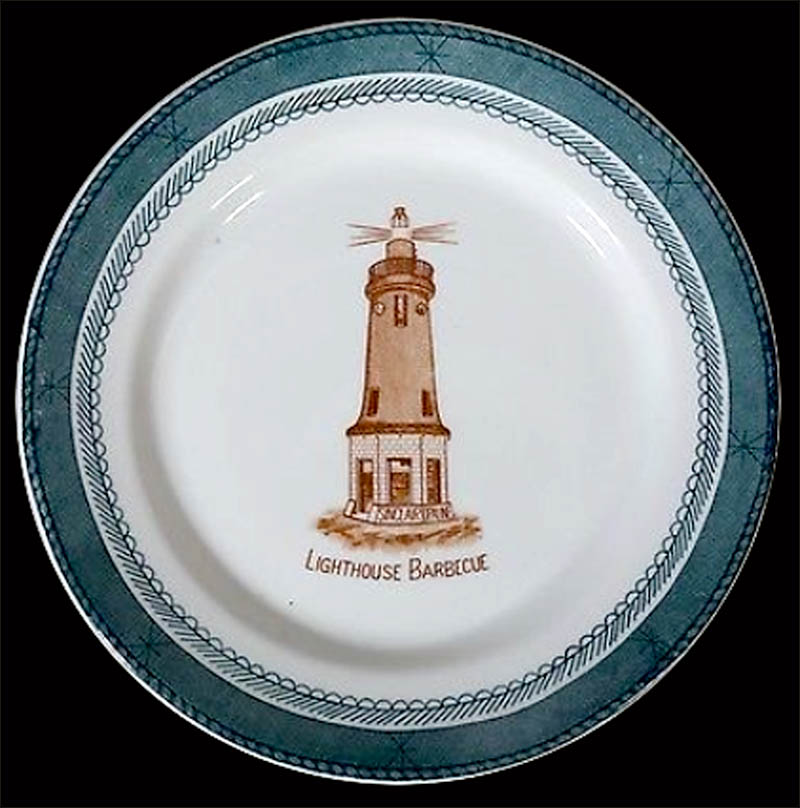 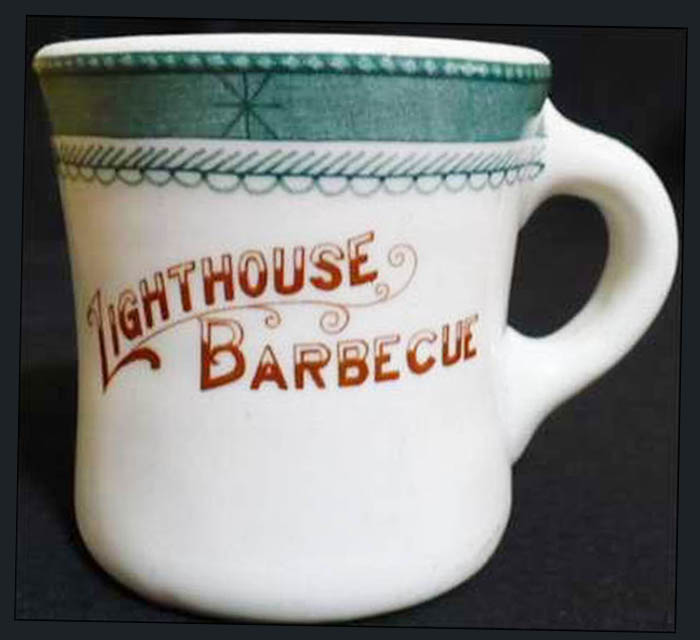 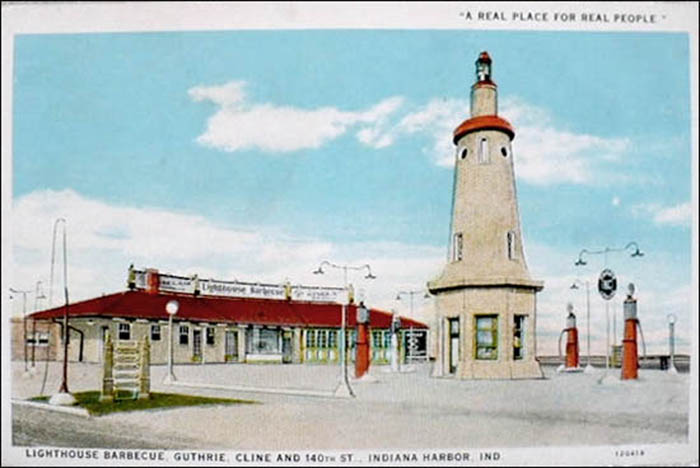 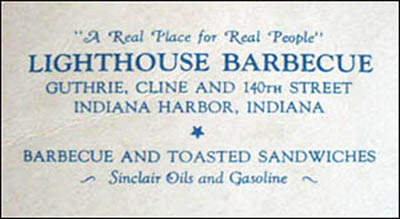 Notes: This plate features a highly detailed image of a lighthouse with the wording "Lighthouse Barbecue" underneath it and "Sinclair-Opaline" at the base of the lighthouse. Sinclair-Opaline was Sinclair's popular brand of motor oil during the 1930s and 1950s.

The black-and-white matchbook below from the Lighthouse Barbecue in Erie, Penn., shows a lighthouse that looks similar to the one on the plate, plus it looks like a gas sign hanging next to the restaurant with what appears to be a service station adjacent to it with open bays. However, more recently a postcard has been found (shown below) that seems to be a closer match visually, and on the reverse side it advertises Sinclair Oils and Gasoline. This restaurant and gas station was located at Guthrie, Cline and 140th Street in Indiana Harbor, Ind.

There is a chance that the Erie location also sold Sinclair Gasoline, so we'll leave it here for reference but believe that the plate and mug were used in Indiana.

Both the plate and mug have the same deep green, decorated border and both use a rust brown color for the words Lighthouse Barbecue and for the drawing of the plate.