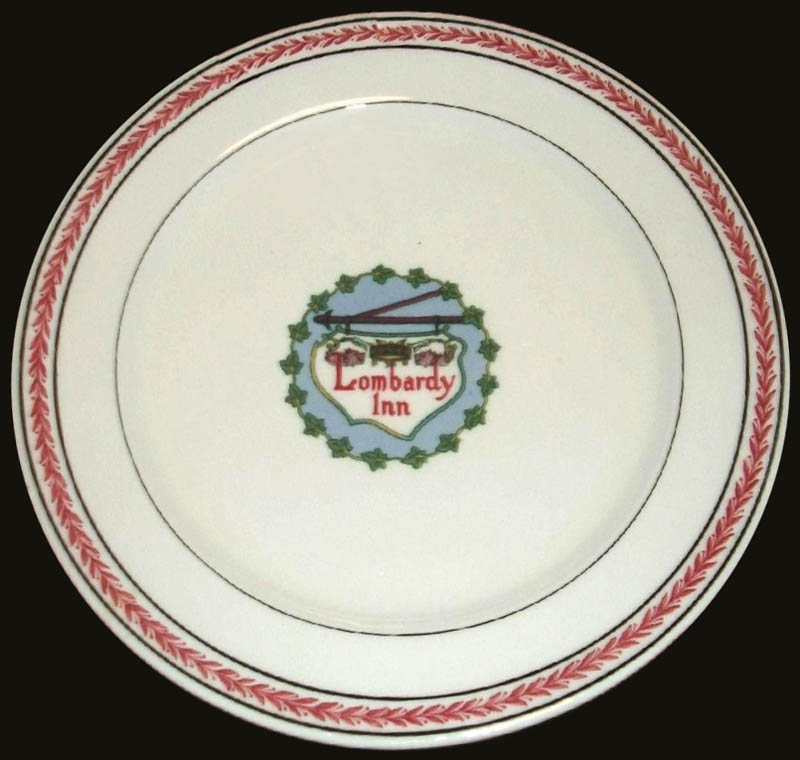 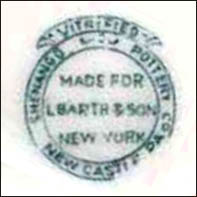 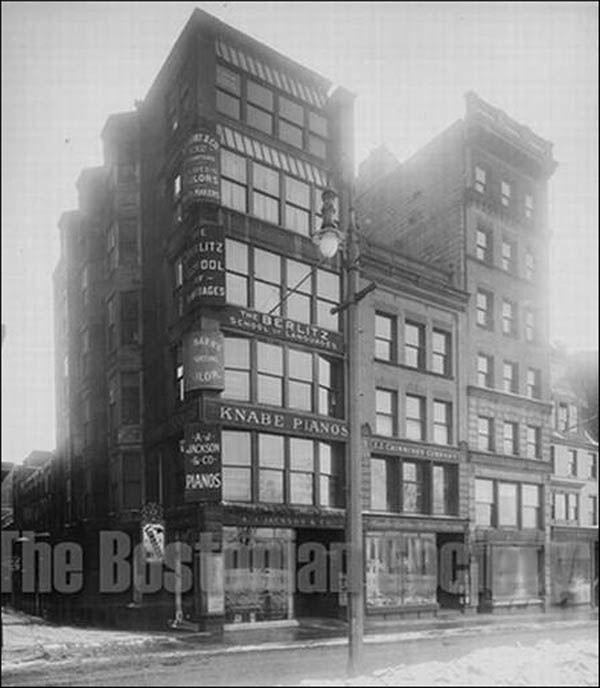 Notes: The Lombardy Inn was an Italian restaurant, located on Boylston Place, an alley off 130-140 Boylston St., in Boston, near the Colonial Theatre. The restaurant was certified Jan. 10, 1908.

White body, black bands with red laurel leaves between on outside. A sign with Lombardy Inn on the inside of the cup in red.