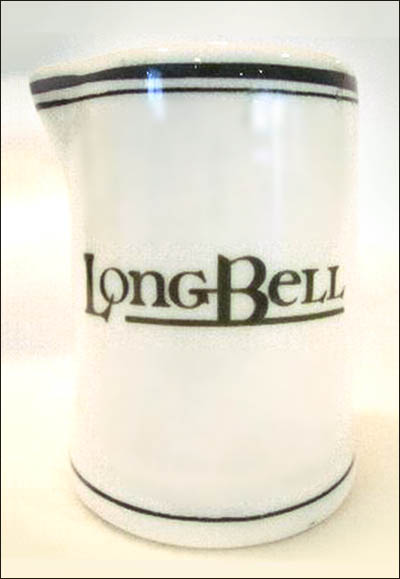 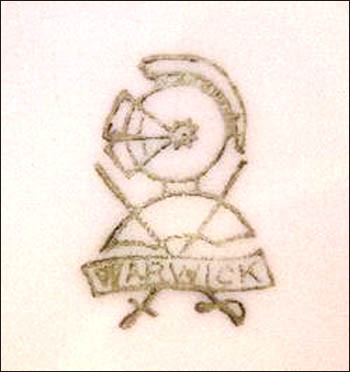 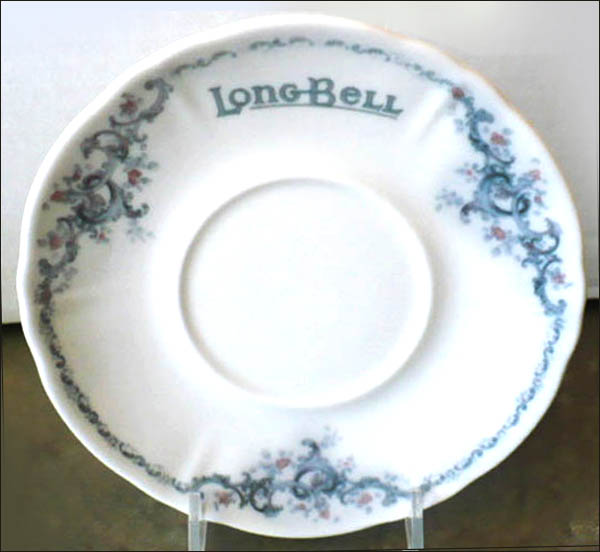 Notes: Notes: Founded in 1887 by Robert A. Long and Victor Bell in Columbus, Kansas, in 1907 the 16-story R.A. Long Building was built in Kansas City, Missouri, for use as corporate offices. By 1934, Long-Bell owned 13 lumber mills plus sash and door factories in several states.

In 1957, the business was sold to International Paper Company.

Where this china was used is not known. It could have been used in the Kansas City headquarters building, but there is no mention of a dining room in the National Register of Historic Places nomination form. Long-Bell built and owned the Monticello Hotel in Longview, Washington, in 1923, but it had hotel crested china by Maddock.

Buffalo China was also a manufacturer of this pattern.

Maddock: The crested Long-Bell logo is in gray green, and on the border is the #7005 Carlton scroll ornament with decorative connecting band.