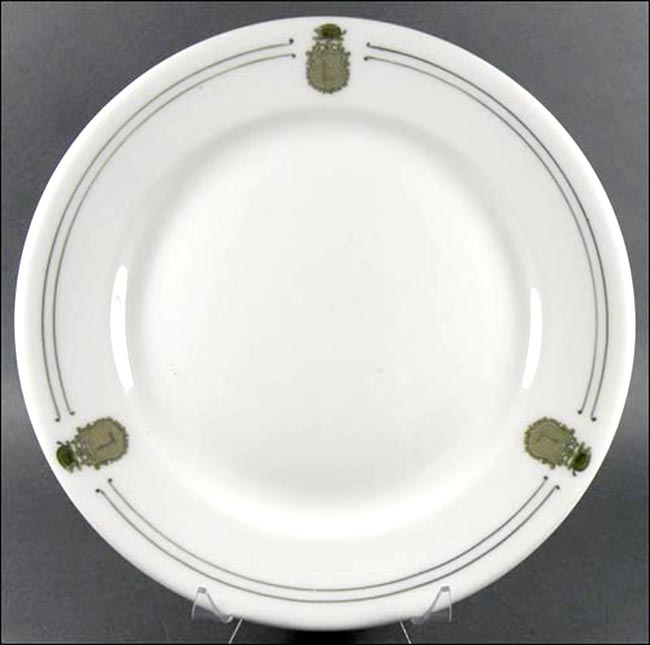 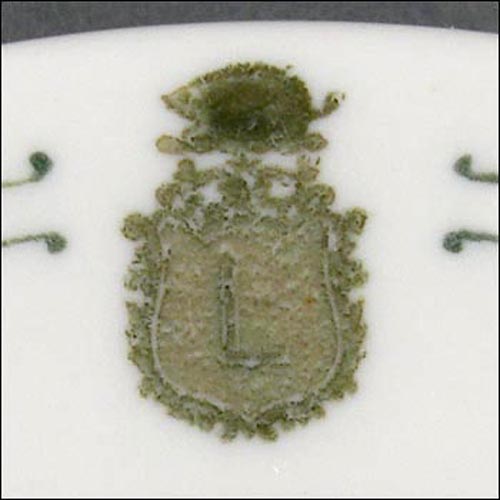 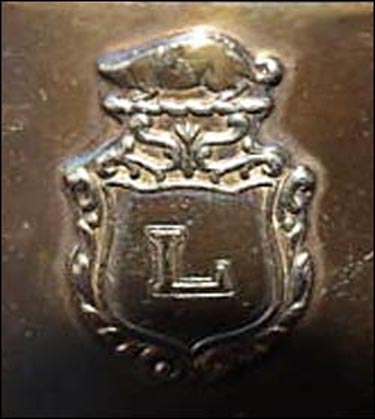 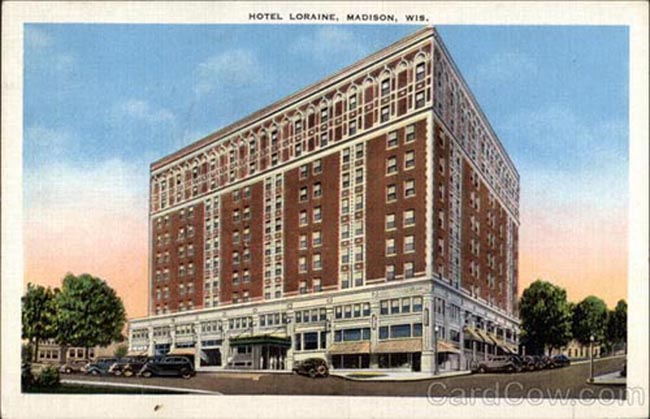 Notes: The Hotel Loraine was built in 1923 by Walter Schroeder, whose hotel holdings at one time totaled nine in Wisconsin, Minnesota, Michigan and Indiana. The Loraine was located in Madison, Wisc. The hotel was completed in 1924, but because of its success a 100-room addition was added by 1925.

After going out of business as a hotel in the late 20th century and serving as office space for various Wisconsin state government departments, it was converted to luxury condominiums and is now known as the Loraine Condominium Homes.

The Loraine was added to the National Register of Historic Places in 2002 and the condominiums were featured on HGTV's "What You Get for the Money"- $1 million episode.

The plate has three crests in dull green and gold spaced around the border, interspersed by double dark green lines that end in curlicues. The crest includes a capital L in green against a gold background and above it, a badger – the Wisconsin state animal. This is a similar crest as that used by the Hotel Wisconsin, also a Schroeder Hotel. The ID is based on a silver creamer with the same logo, bottom stamped for Hotel Loraine.