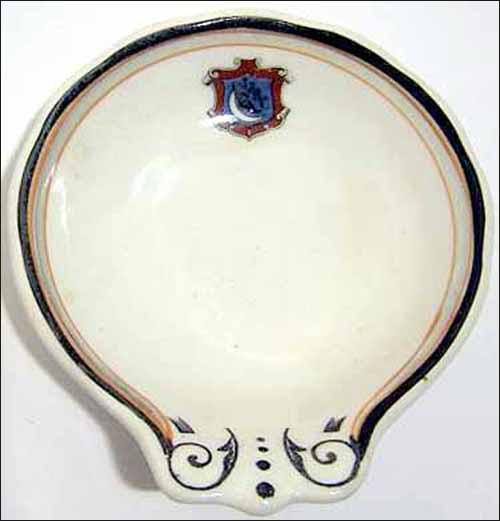 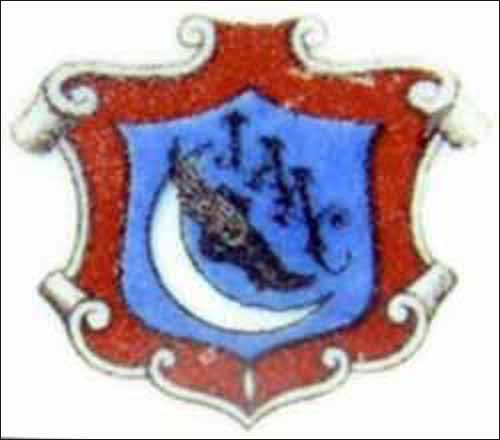 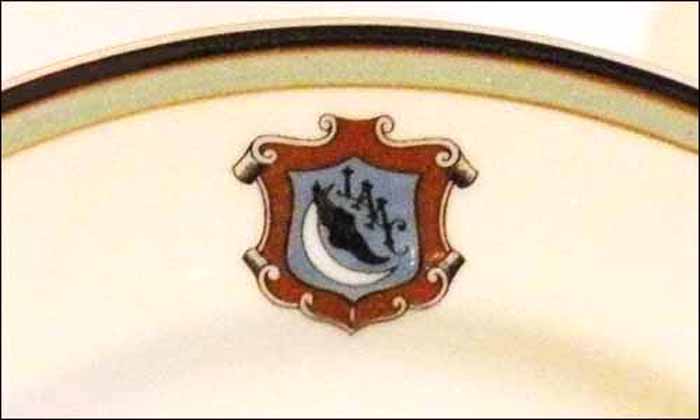 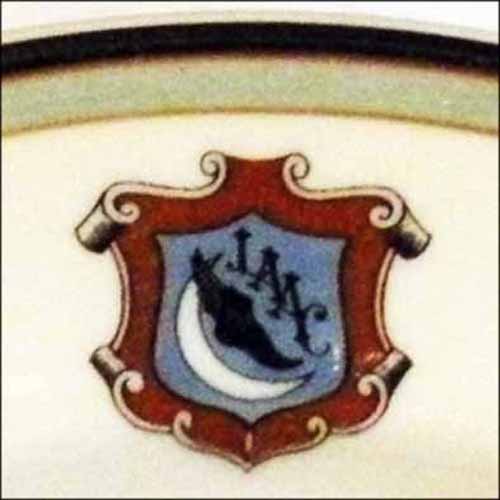 Design includes a black stripe and sage green stripe on the border with thin rust lines surrounding the sage green line. The ribboned crest has a burgundy red background with an inner crest of blue. Inside it are a white crescent moon, a black winged foot and the letters LAAC.