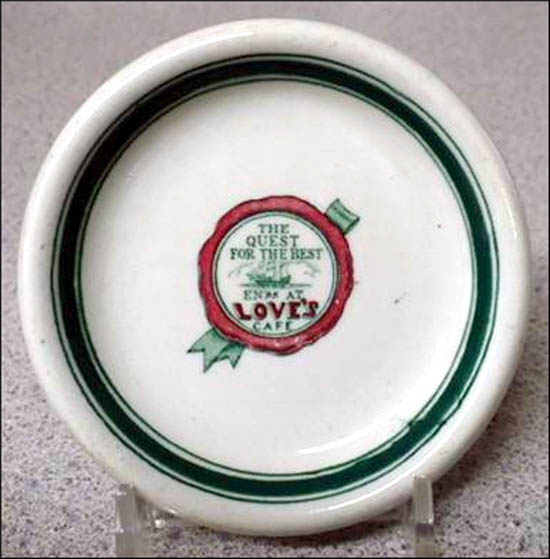 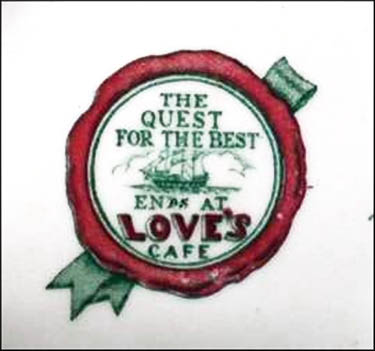 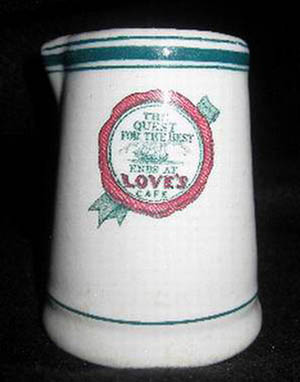 Notes: Inducted to the British Columbia Restaurant Hall of Fame in April 2008, Love's Cafe was founded by Bert Love, who left England in 1913 bound for Australia, but then chose to stay in Vancouver and setup his first fish and chips shop on Fraser Street.

White body with dark green multi-line border. Topmarked with the Love's Cafe logo of a green-ribboned red-bordered medal featuring a sailing ship, along with the words: "THE QUEST FOR THE BEST ENDS AT LOVE'S CAFE"