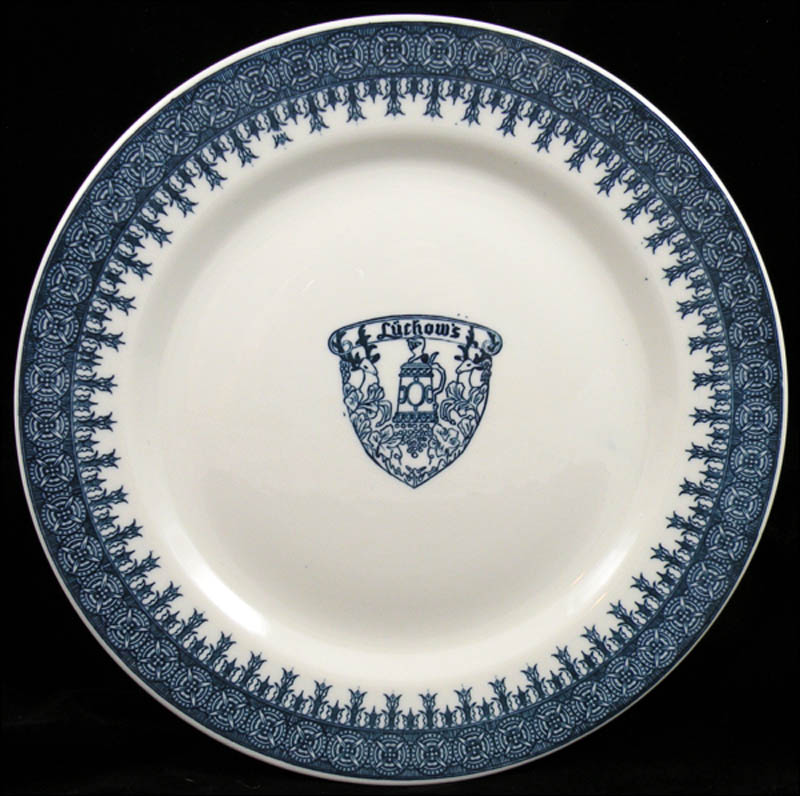 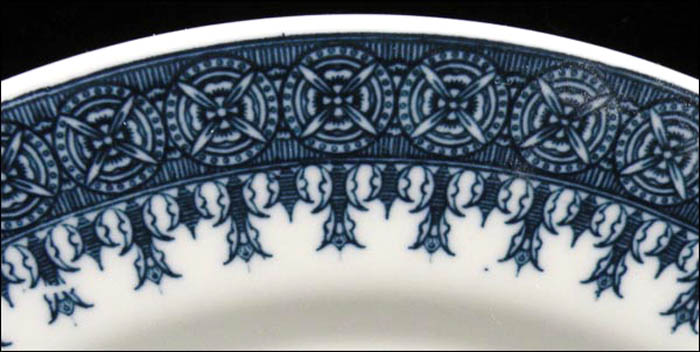 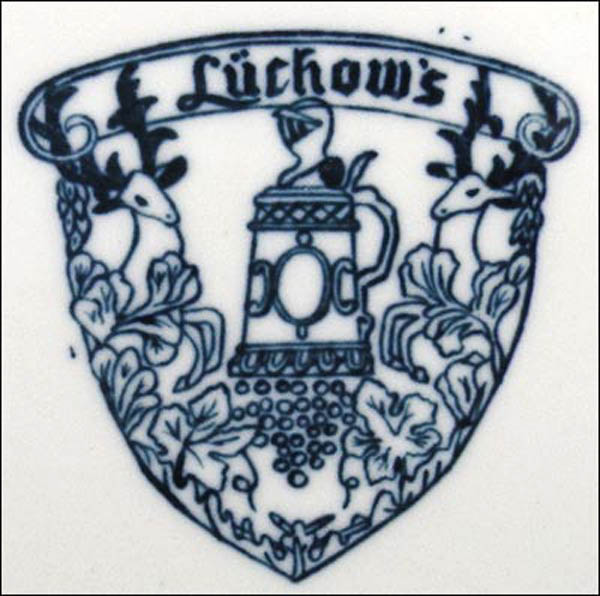 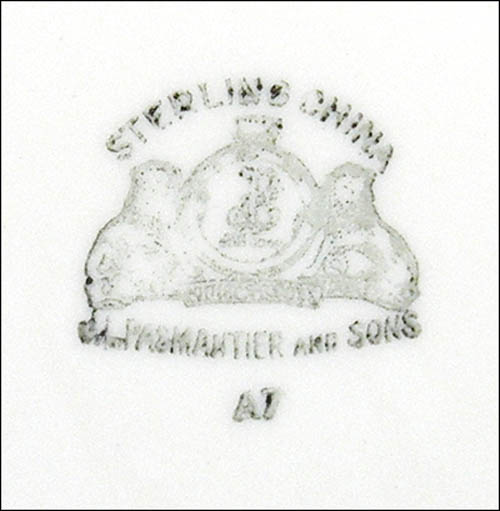 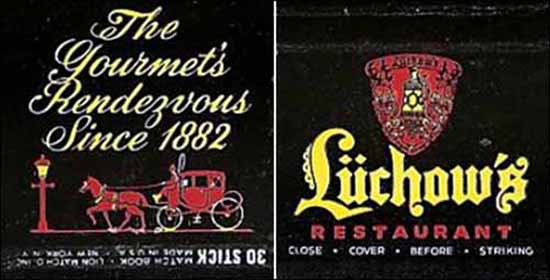 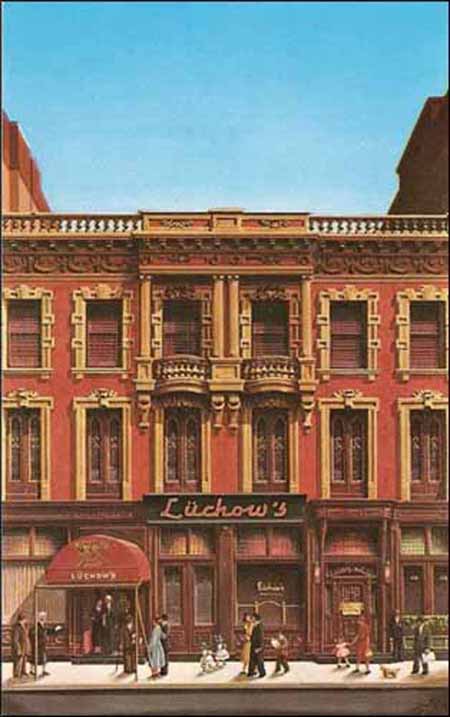 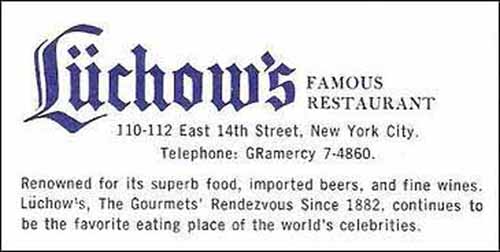 Notes: The following information was obtained from the wikipedia: Luchow's in New York City spanned a century at 110-112 E. 14th Street. It was started in 1882 by a German immigrant, August Lüchow. After it was destroyed by a fire in 1992, New York University bought the land for a residence hall. An effort to relocate it near Times Square ultimately failed.

For most of its existence, the menu featured traditional German fare. The restaurant was purchased around 1950 by Jan Mitchell, who wrote a book using the restaurant's recipes.

Lüchow's advertised itself as Lüchow's Famous Restaurant, "The Gourmets' Rendezvous Since 1882."

The Lüchow's — or Luchow's — plate contains a detailed, geometric navy blue border that encircles the plate. A center crest, also in navy blue, features two stags on right and left, an ornate stein in the center, leaves, flowers or greenery in the bottom have and Lüchow's lettered at the top.