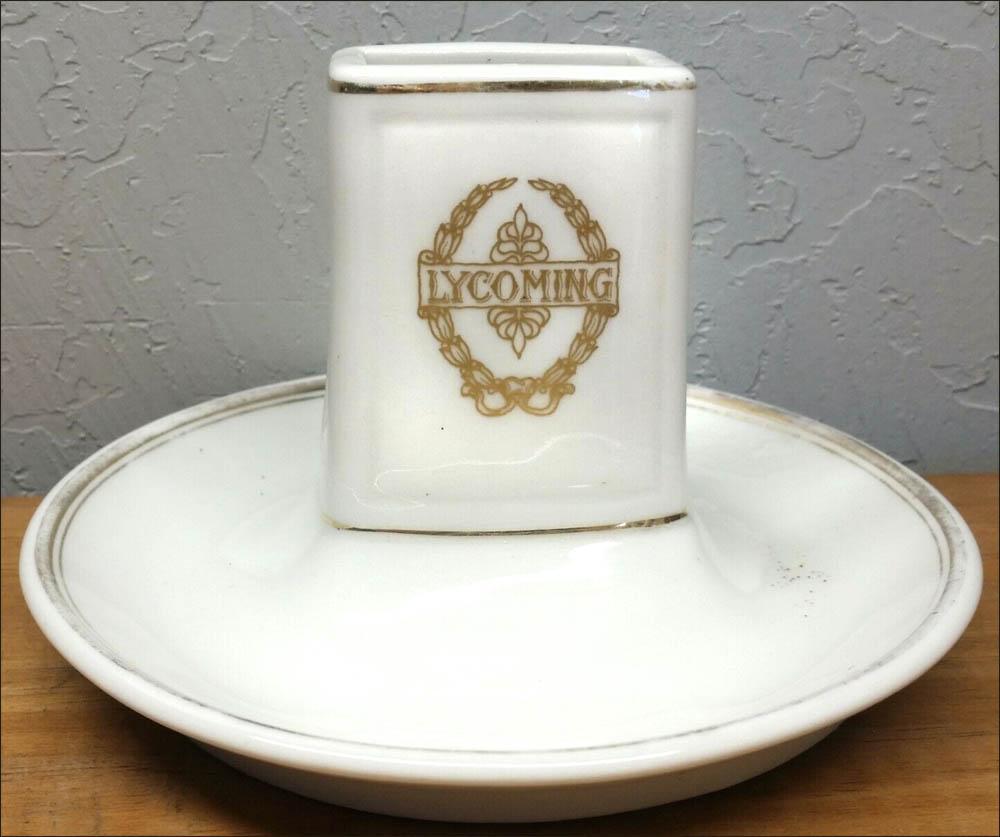 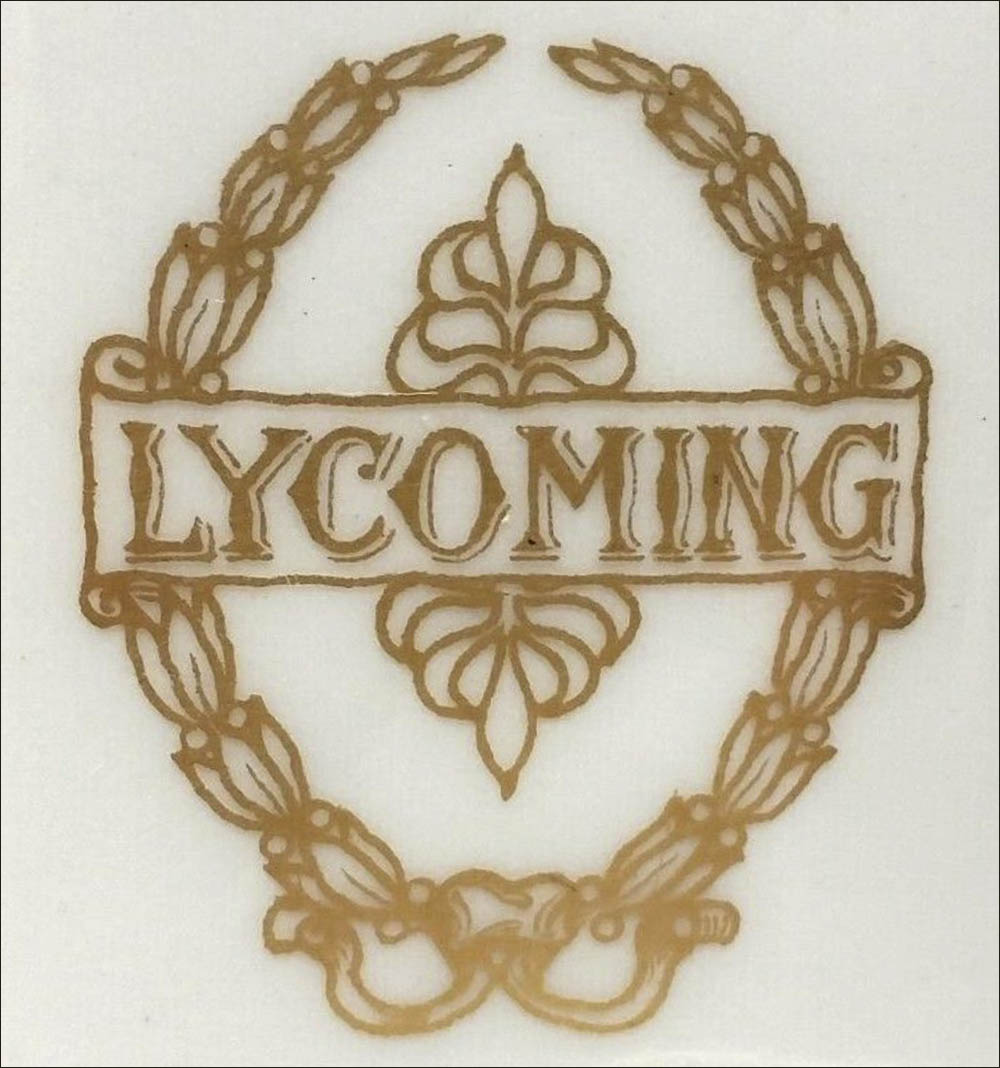 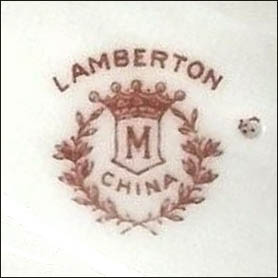 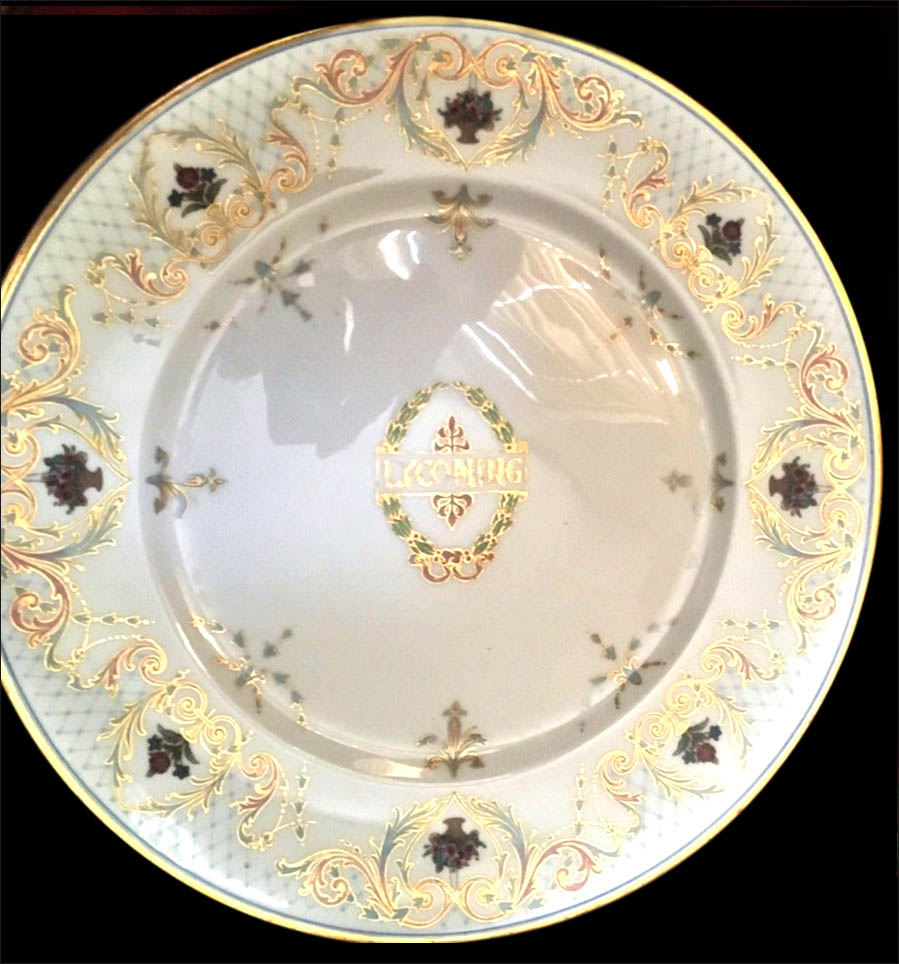 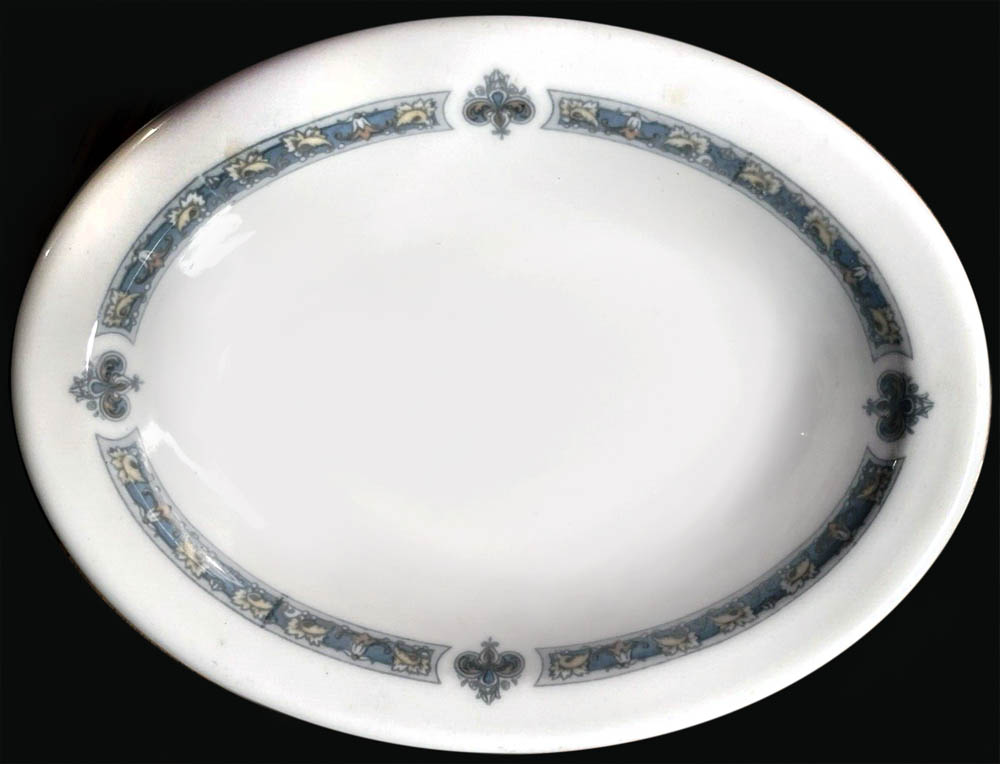 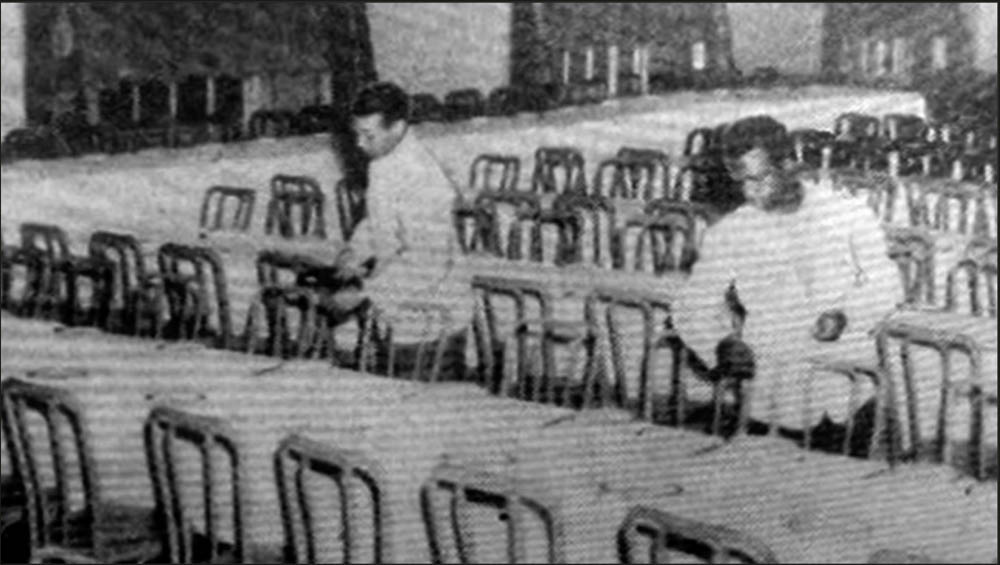 Banquet service being prepared at the Lycoming Hotel 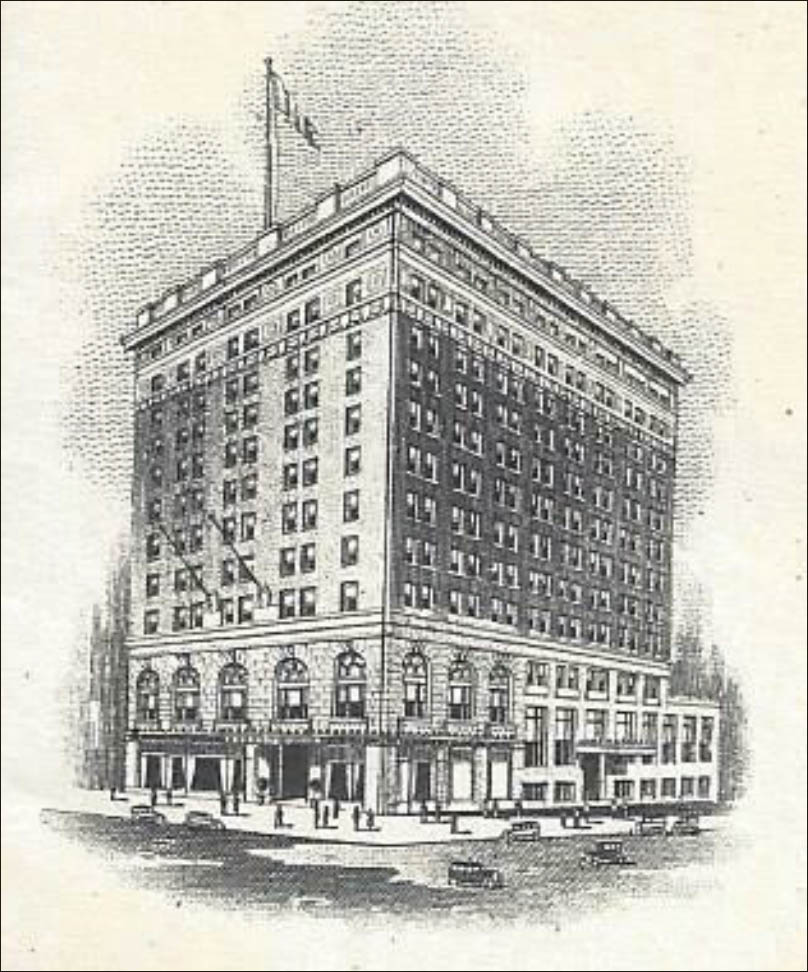 Notes: The 11-story, 200-room Lycoming Hotel opened Wednesday, June 21, 1922. It is located on the corner of West 4th and William Streets.  Williamsport Hotel Company, the owner, was composed of 1,187 stockholders. The original first floor plan for the Lycoming shows the dining room to the right of the central lobby. A cafeteria at the left rear of the lobby had an entrance on William Street. By 1937, American Hotels Corporation was operating the hotel. On June 23, 1975, Gus Genetti bought the Lycoming. He renamed it the Genetti Hotel, and it continues to operate under that name in 2022.

Maddock made Lamberton china for the Lycoming. The service plate has the Lycoming name in coin gold, with a green laurel wreath and red bow and ornaments, in the center of the well. The border contains baskets of flowers, lattice work, and coin gold scrolls and details.

Match holder / ashtrays have the crest in coin gold, with coin gold rim lines. These may be part of a bedroom china service.

The china service made for use in the dining room has a decal border of panels with a blue background, with ornaments spaced between the panels. This border is shown in the Maddock pattern sample book as "#8076 Virginia Dryburg." This pattern is back stamped "THE LYCOMING." It may be that Scammell supplied reorders for these patterns before The Lycoming became part of the American Hotels chain. At that point the original china was probably replaced with the American Hotels pattern china.