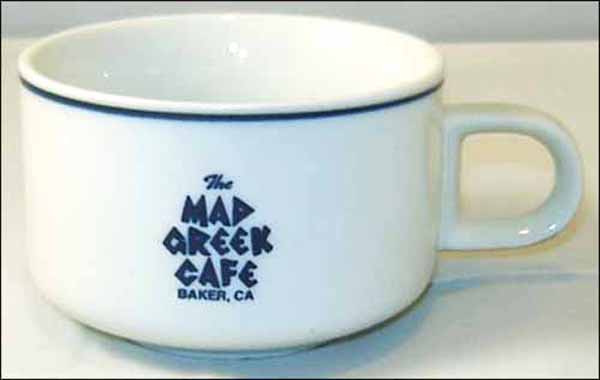 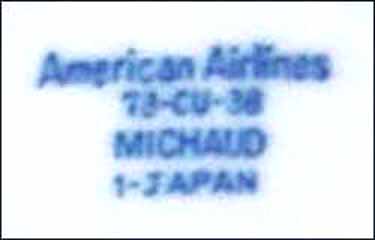 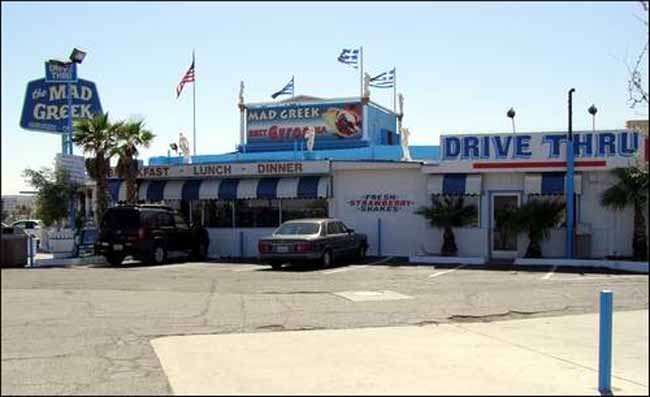 Notes: This cup was originally manufactured by Michaud-Japan circa 1990s for American Airlines, as indicated by the bottom stamp. It was then repurposed (presumably refired) for the Mad Greek Cafe in Baker, Calif., in early 2000 by the addition of an overglazed logo.

As of 2011, the Mad Greek Cafe is located at 72112 Baker Blvd., between Los Angeles and Las Vegas. The kitschy venue purports to have the "Best Gyro in the U.S." and is home to the "World's Tallest Thermometer."