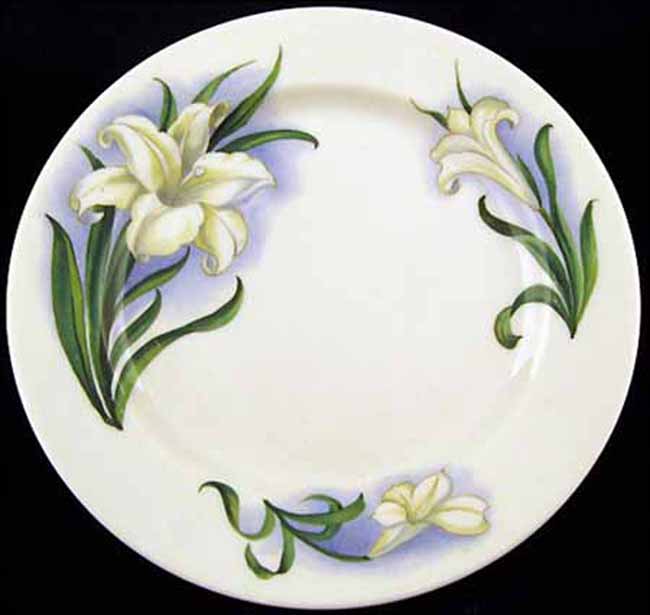 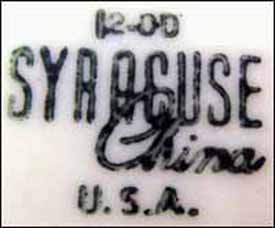 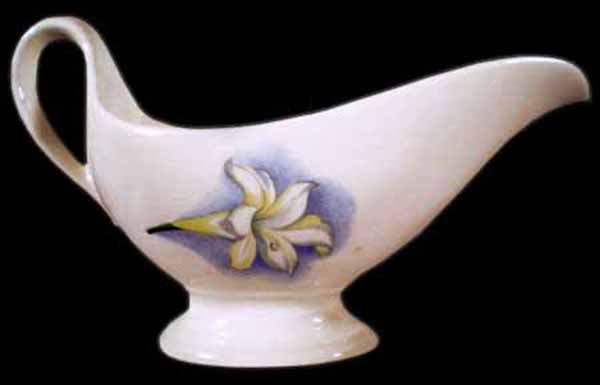 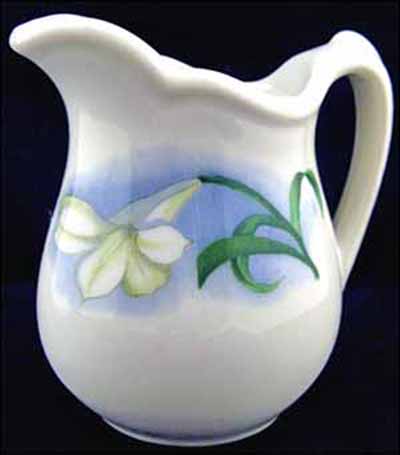 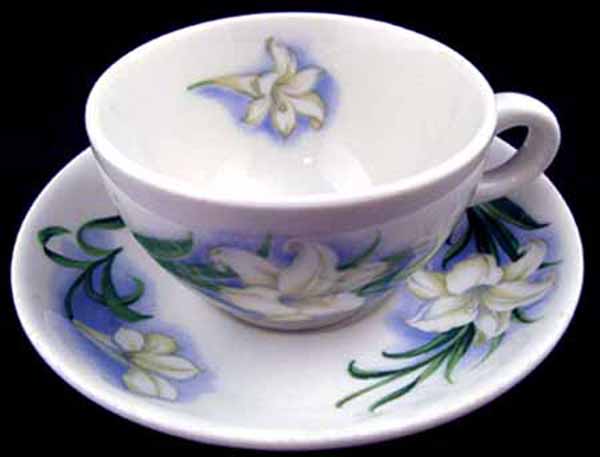 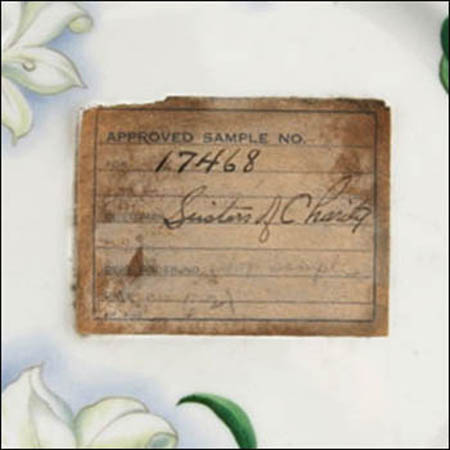 Notes: Syracuse records show that this was a popular pattern with Catholic churches and convents with its white Easter lily or lilies with a blue background against the flowers only.

The last photo on this page, used courtesy of Fishs Eddy, shows the detail of a sample plate with this pattern (with an additional coin gold line on rim) that was made for the Sisters of Charity, which would provide one example of users of this pattern.

For more info:
Sisters of Charity of Providence by Syracuse China