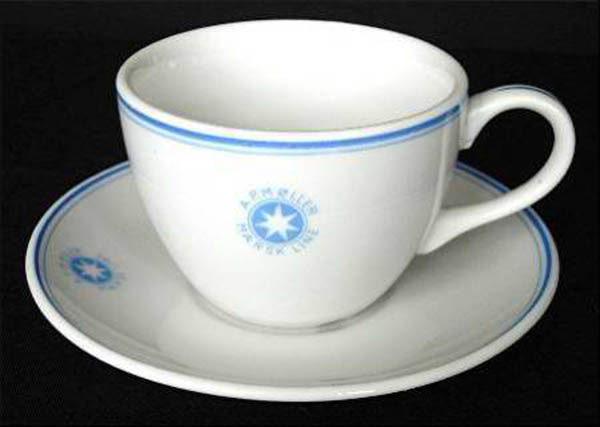 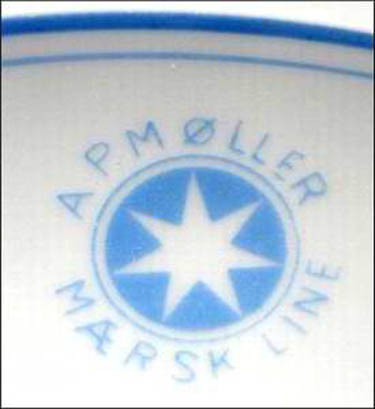 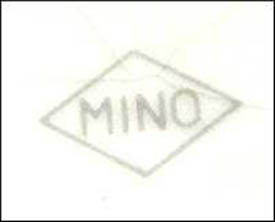 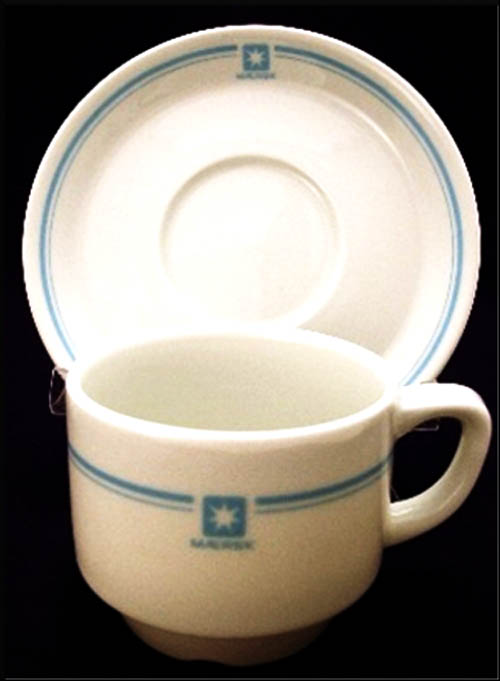 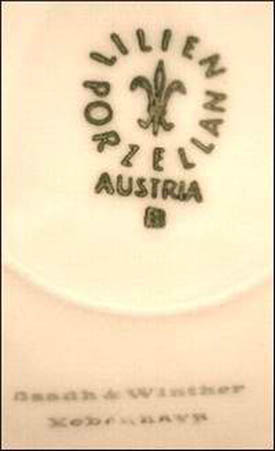 While accompanying her husband on a voyage years earlier, his wife Anna Møller had suffered a serious illness, which left a lasting impression on the deeply religious captain, who felt himself to be responsible. In a letter to his wife in October 1886, he explained the background for the company's new emblem: "The little star on the funnel is a reminder of the evening I prayed for you so dejectedly and anxiously, asking for the sign that I might see in the grey, overcast sky, a reminder that the Lord hears our prayers".

The "Laura" kept the star until the ship was sold in 1909, and when The Steamship Company Svendborg (Aktieselskabet Dampskibsselskabet Svendborg) was founded in 1904, the white seven-pointed star on a sky-blue background also became the funnel emblem for ships of the new company, which acquired a similar house flag.

The star went along when The Steamship Company of 1912 (Dampskibsselskabet af 1912, Aktieselskab) was established and thus became permanently linked to the Maersk fleet. It was therefore natural that, when the new Maersk Line needed a logo for shippers and passengers for its liner trade between the USA and the Far East in 1928, a version of the ship's funnel with the seven-pointed star was selected." (Source: A.P. Møller: "With Constant Care…", by Ove Hornby)

Click here for more information about A.P. Møller & The Steamship Company of 1912.