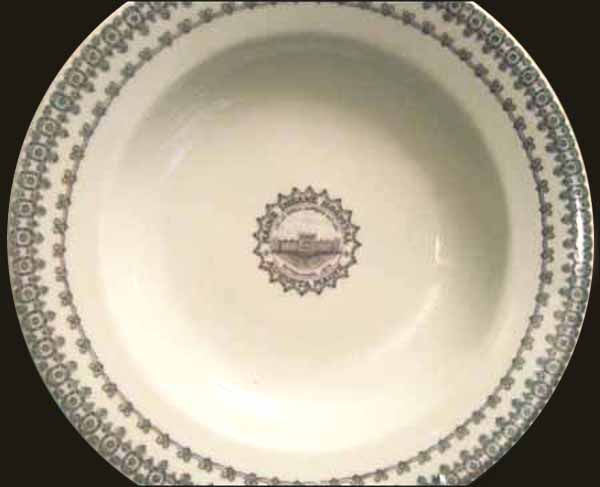 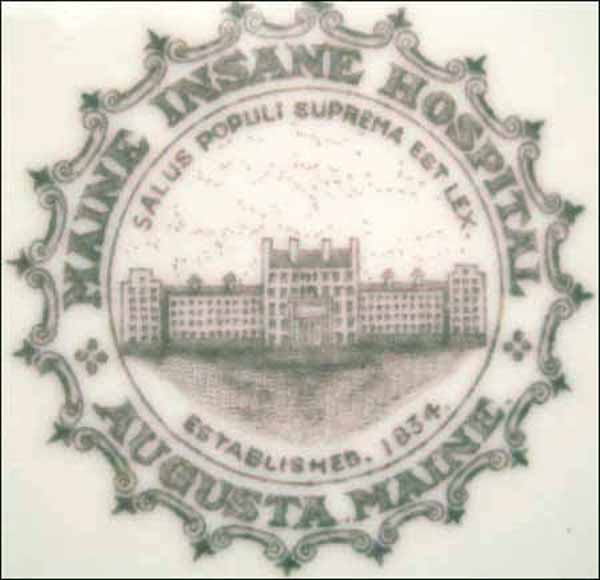 Notes: Established in Augusta in 1834, the Maine Insane Hospital was one of the first such hospitals in the country. The old building was opened in 1840 with a separate wing for men and women. The expanded complex now houses the Augusta Mental Health Institute and state government offices. The building in the logo is the original hospital.

White body, gray-green border, center circular logo features image of hospital in the center, Maine Insane Hospital, Augusta, Maine around the outer edge and Salus Populi Suprema Est Lex (the welfare of the people is the highest law), Established 1834 around the inner.