Manufacturer: Unknown, made in England
User: The Malvern
Date of example: Unknown 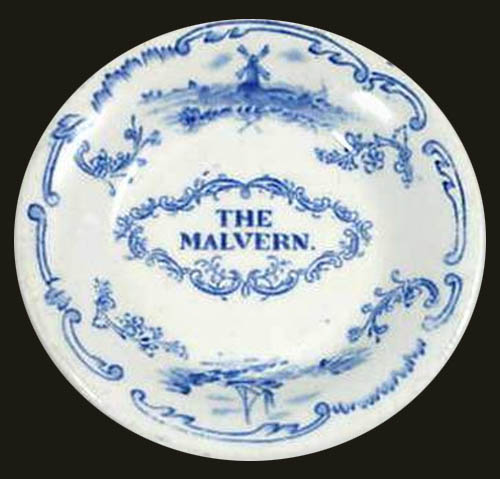 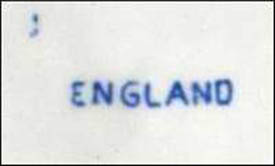 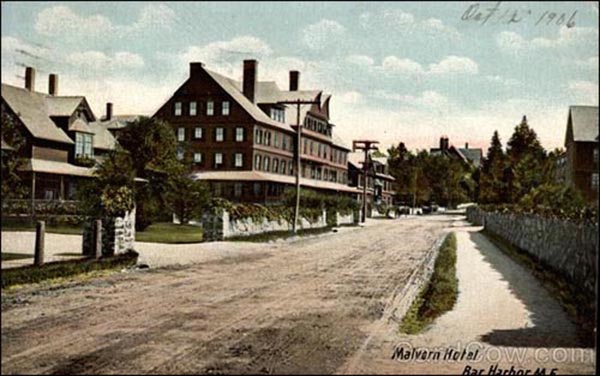 Notes: Built in 1882 by Degrasse Fox, The Malvern was located on Kebo Street in Bar Harbor, Maine. Connected with the hotel were 11 cottages with as many as 14 rooms, six baths and two sitting rooms. In 1910, Mrs. Morris Jesup purchased the hotel for $50,000 after Fox went bankrupt. The following year it was bought by Thomas De Witt Cuyler.

The Malvern Company purchased it in 1924 and later sold the hotel to Chester Wescott in 1930. The Malvern was destroyed the summer that Maine burned in 1947. The fire burned more than 60 percent of the island, along with a large number of summer homes, Bar Harbor hotels and the surrounding area.

Although in Bar Harbor's early conception the hotel was king, it was the cottages built by Americans rich and famous that eventually took over the landscape. Some of the more prominent families that had cottages there were the Rockefellers, Morgans, Fords, Astors, Vanderbilts and Pulitzers. (Source: "Mr. Rockefeller's Roads," by Anne Rockefeller Roberts, Down East Books, 1990)

White body featuring a blue delft-style pattern with a windmill and a sailboat.