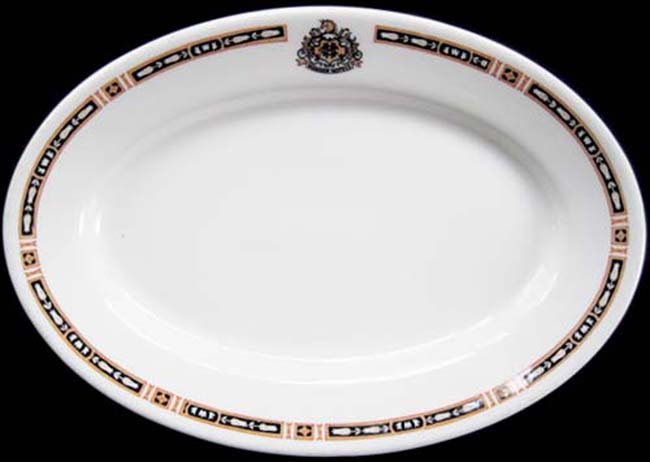 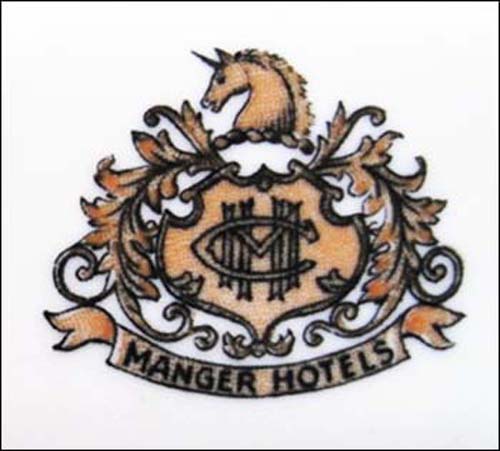 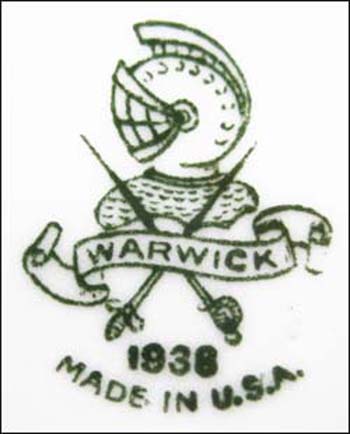 White body, oval plate. Band on rim with tulips, broken by the Manger crest with interlocking M H C surrounded by acanthus leaves & swirls with the head of a unicorn above. Below is a banner with Manger Hotels. All decoration in orange and black.