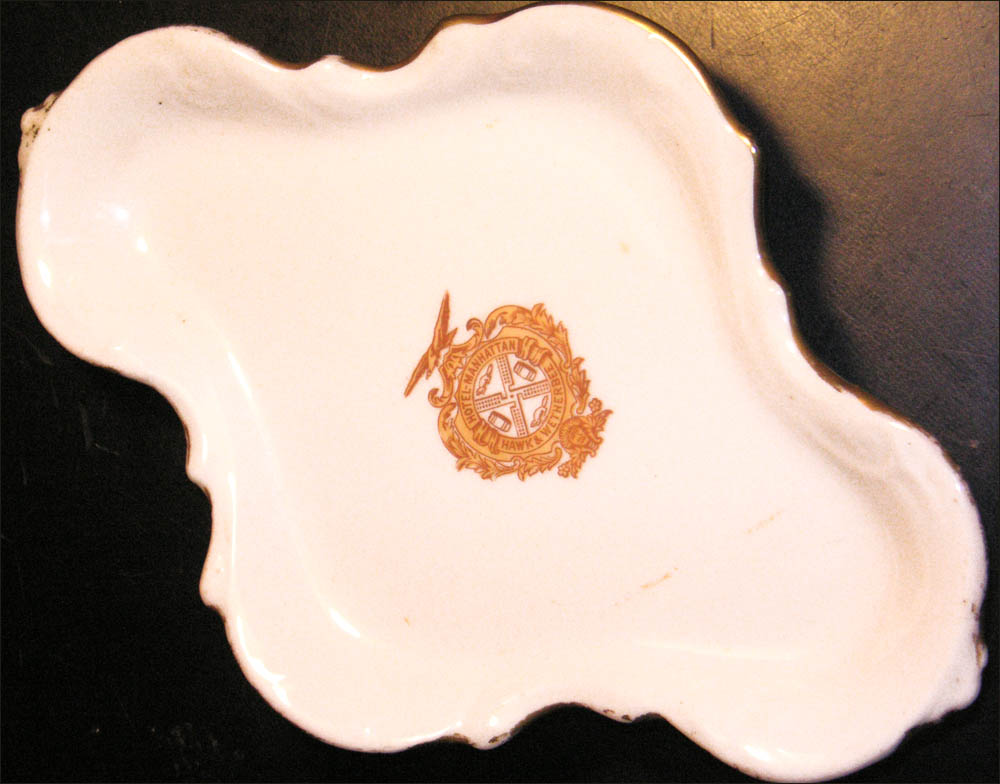 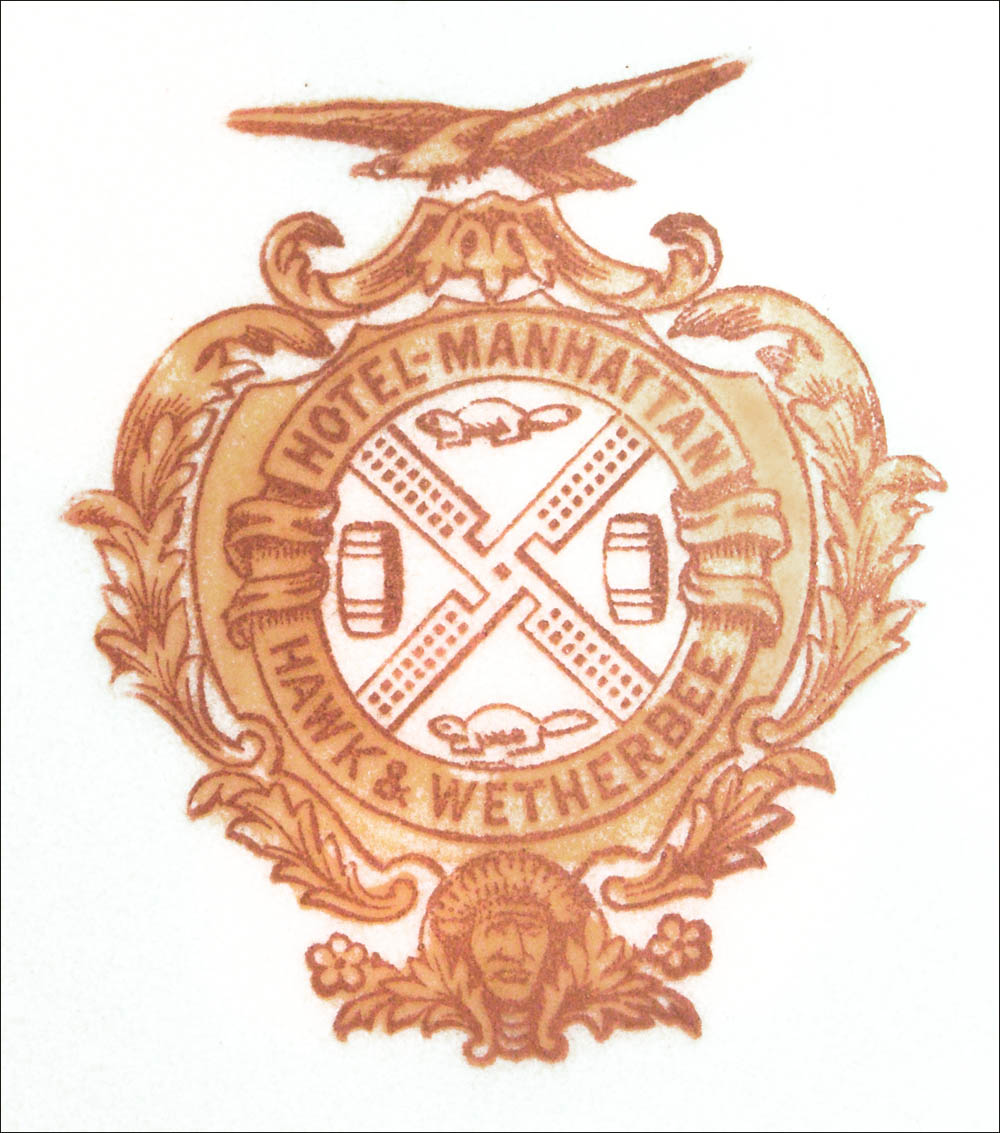 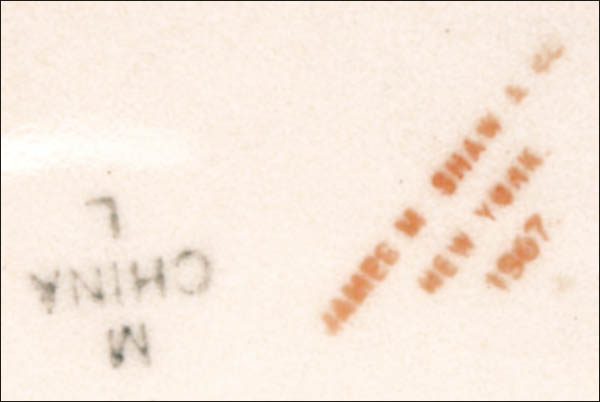 Envelope from the Hotel Manhattan circa 1910 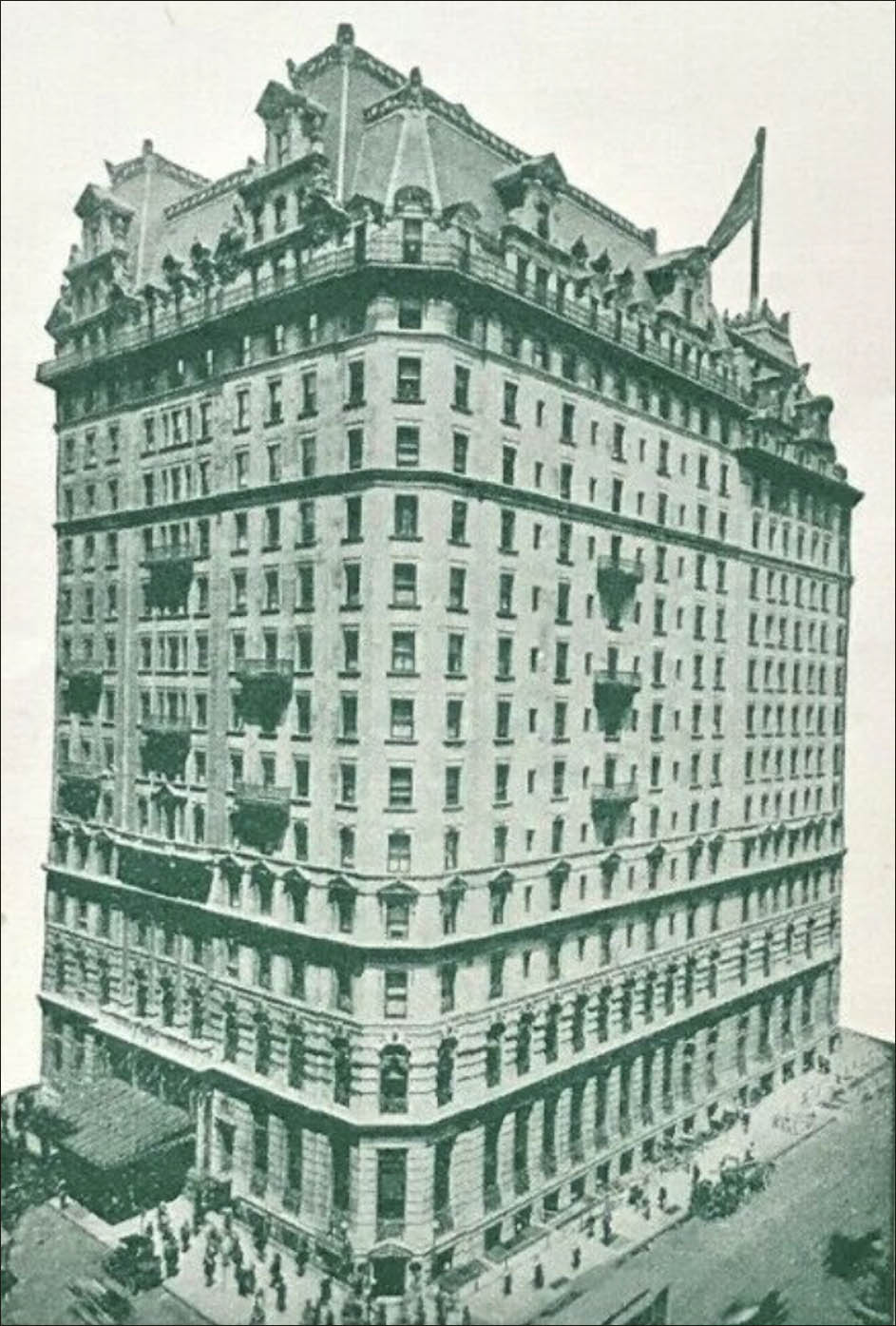 Notes: The 15-story Manhattan Hotel opened October 14, 1896, on the corner of Madison Avenue and 42nd Street in New York City. In May of 1899, construction began on a 15-story, $750,00 addition, which was completed in 1901. The addition gave the hotel a total of 700 rooms, with 450 private, or shared, baths. The Louis XVI-style main dining room had a balcony used by an orchestra that performed during meals.  The gentlemen's cafe was decorated with murals above the paneled wainscoting. The Dutch beer room was in the basement.

Hawk and Weatherbee were the original operators of the Manhattan. In May 1916, the hotel was sold and then leased to John McE. Bowman. On June 30, 1920, the Manhattan closed and was converted into an office building. It was torn down in 1964.

Hawk and Wetherbee were the operators of the Manhattan from its opening in 1896 until it was sold in 1916.  In 1907, a china order was placed with Maddock Pottery through distributor James M. Shaw & Company. This order was for china used in the hotel's 700 bedrooms. The decal crest, in yellow and brown contains a circle with the hotel and operators name. Within the circle is the wind turning section of a windmill, two beaver, and two barrels, probably relating to the Dutch purchase of Manhattan from the Native Americans.  A coin gold pin line complete the pattern.  A pin tray from this service is the only known survivor.

In July 1920, following the closure of the hotel,  the entire contents including china and glassware was sold from the hotel.