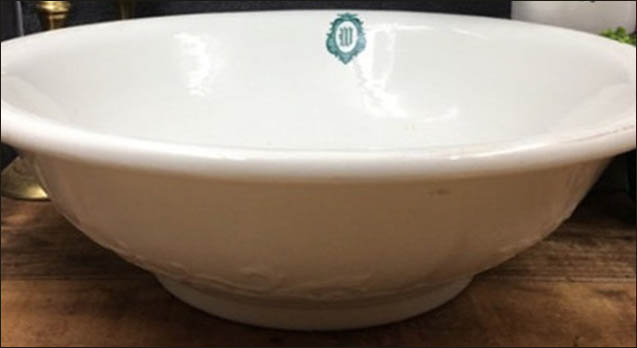 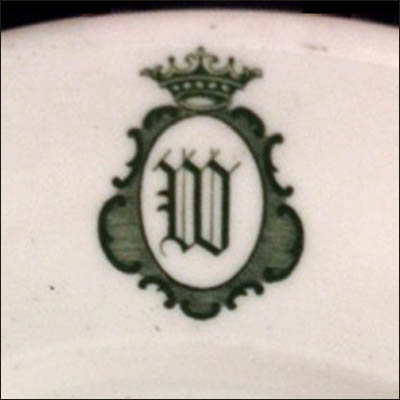 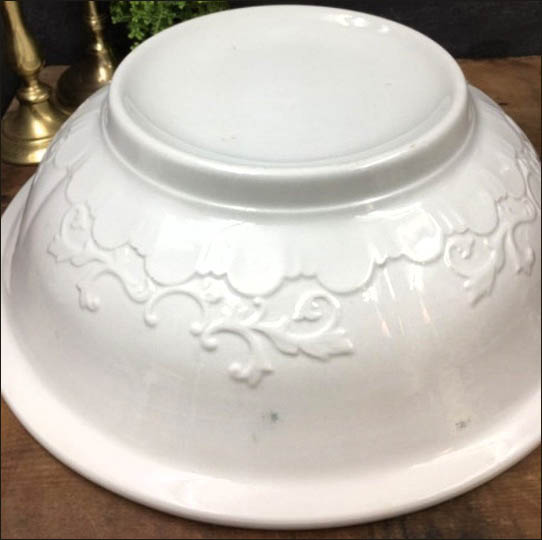 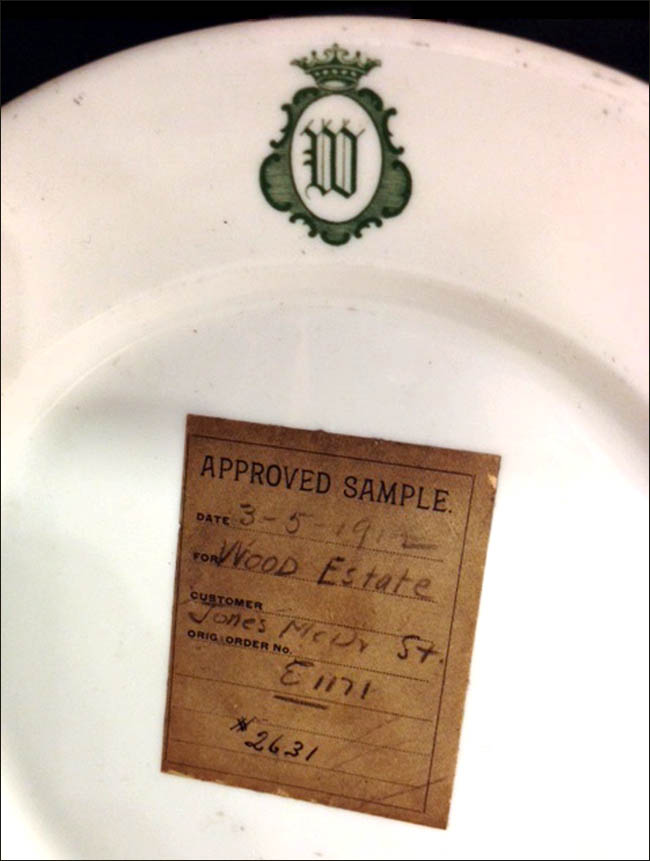 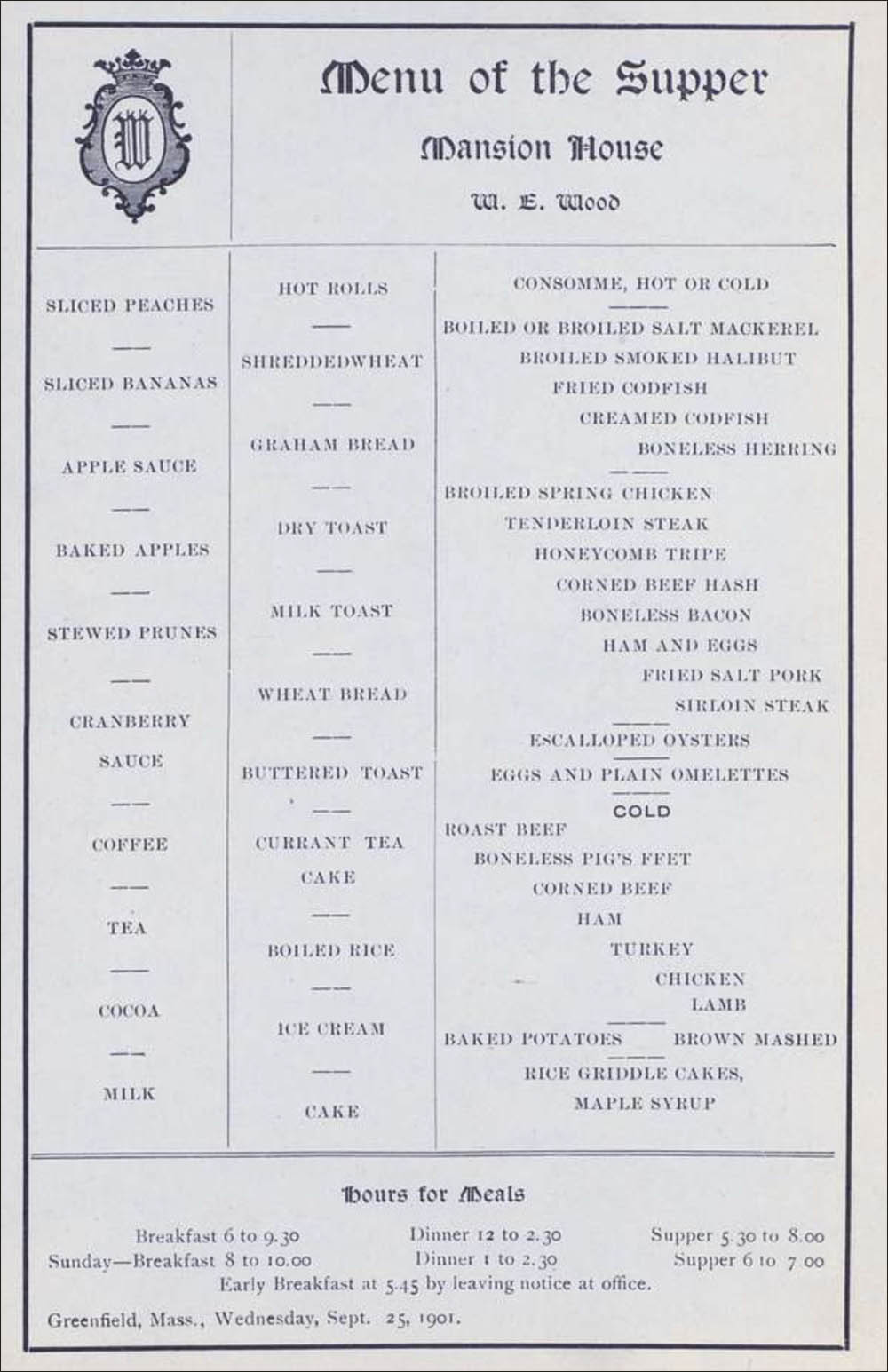 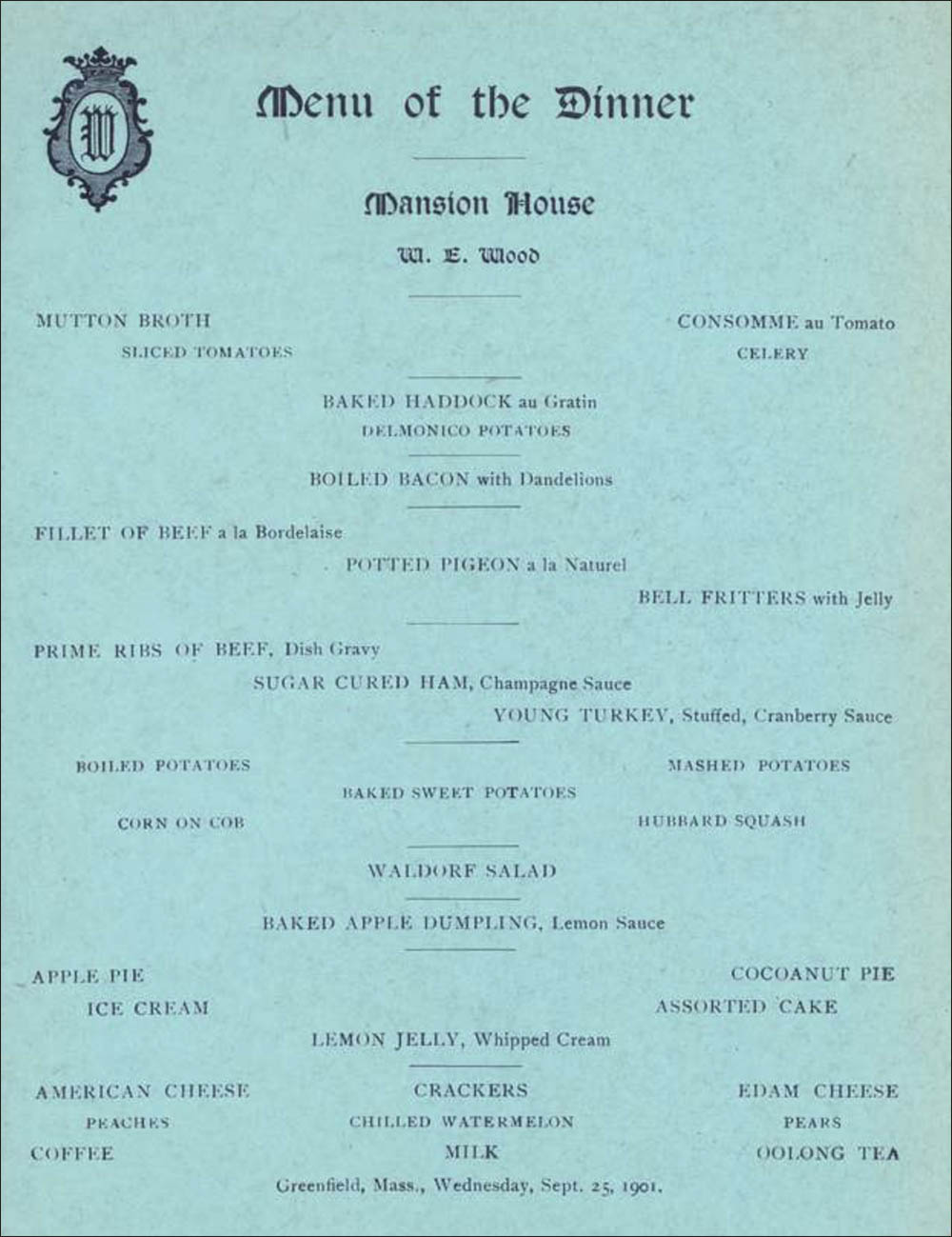 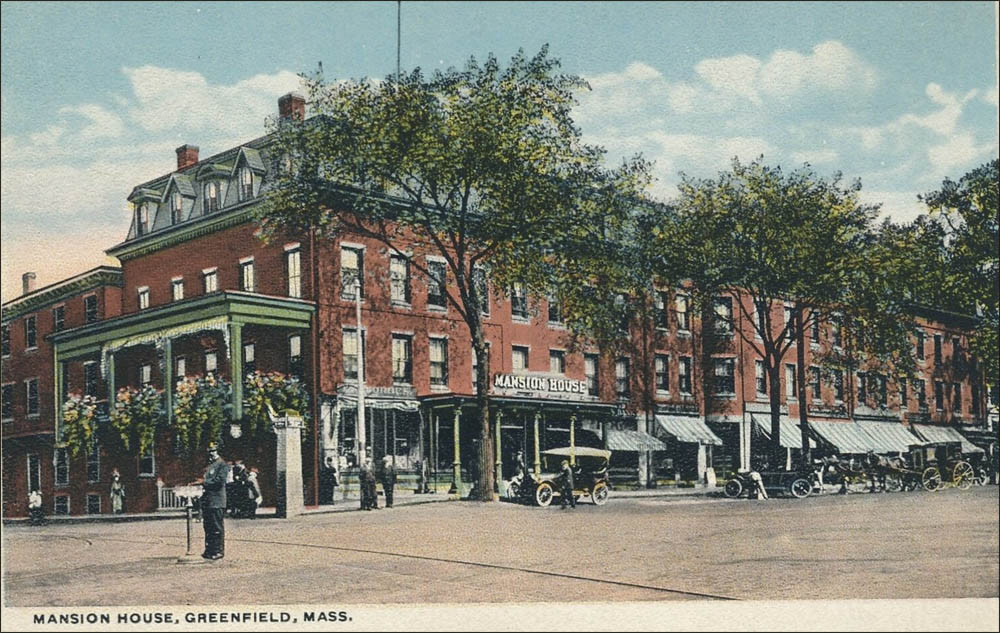 Notes: The building on the corner of Main and Federal Streets, in Greenfield, Massachusetts was built in 1825 by Isaac Newton, Jr. Before 1848, it was operating as Munn's Tavern. By 1877, it had been renamed The Mansion House. Around 1896, a three-story, 82-foot addition was made on Federal Street. By 1917, it was a three and a half-story brick building with a mansard roof that contained 120 rooms. The second floor of the 1896 addition contained a 70' by 38' dining room, with a 14' high ceiling.

In 1896, William E. Wood leased the hotel from owner Peleg Adams. William Wood died in 1910, but his widow, and later other members of the Wood family, continued to operate the Mansion House until at least 1934.  On January 8, 1959, the hotel was destroyed by fire.

The Lamberton China that Maddock produced for The Mansion House is crested with an ornate frame topped with a crown, around a vertical oval. The oval contains an upper-case Old English-style "W", which stood for William E. Wood, and family. This green transfer crest is the only decoration on the otherwise plain white china. Maddock bowls contain raised molded decoration on the exterior. On March 5, 1912, Mrs. Wood approved a sample by Syracuse China for an order of this china pattern. The crest used on the china was also used on menus from as early as 1901.