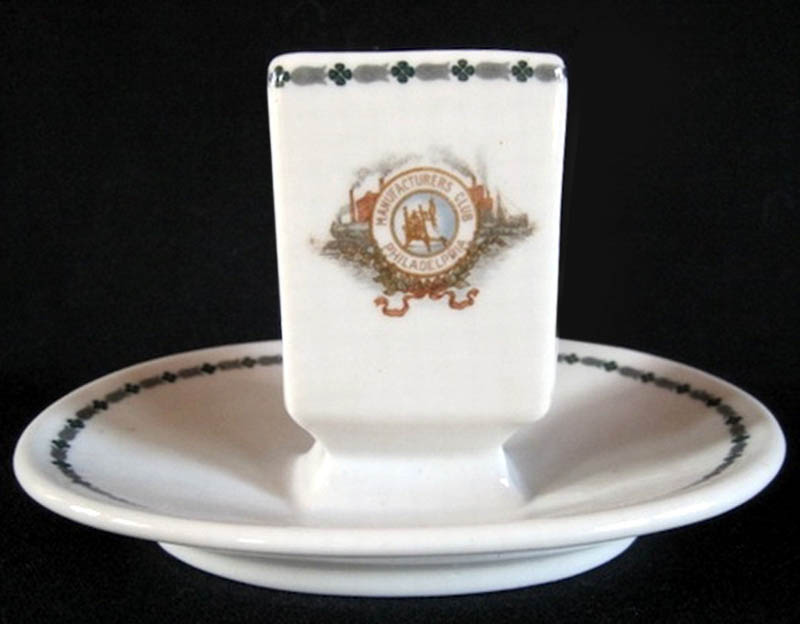 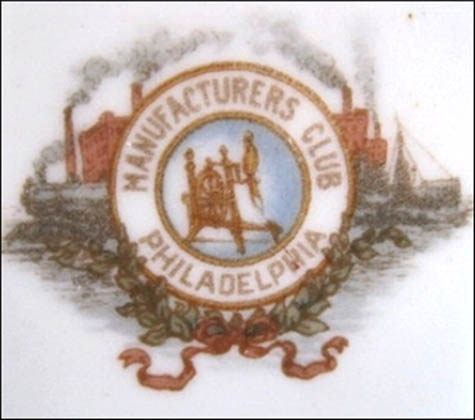 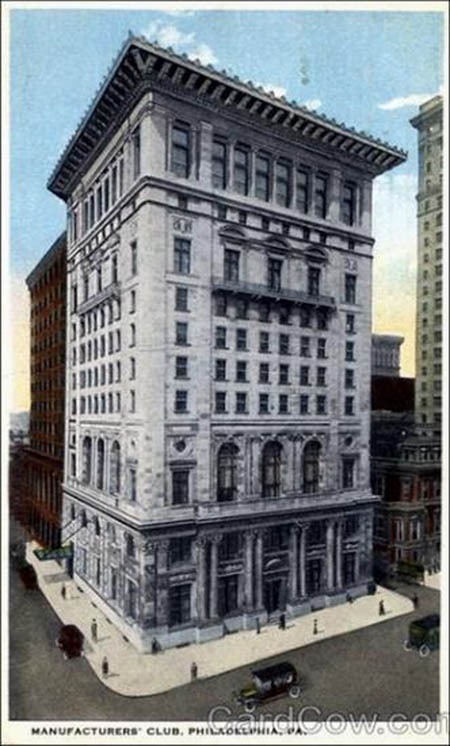 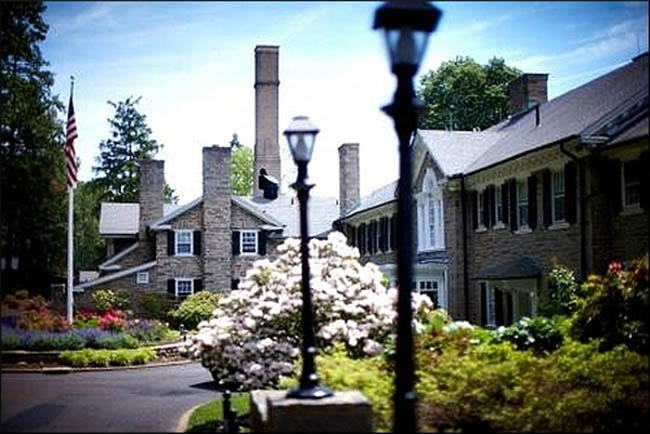 Notes: In May 1887, a group of industrial leaders founded the Manufacturers Club of Philadelphia. The membership was made up largely of textile manufacturing executives from the area, hence the club's name. The original clubhouse was a magnificent structure erected at Broad and Walnut Streets in the heart of Center City, Philadelphia. Desiring a country club and golf course, the membership would relocate to a beautiful location in Fort Washington, Pa.

On August 3, 1923, the club purchased the 250-acre estate of sugar magnate William Frazier Harrison for $175,000. Additions were made to the manor and grounds, and a golf course was laid out by the firm of Toomey & Flynn. Manufacturers' officially opened on May 15, 1925. On May 5, 1933, the Club was reorganized and formed a corporation adopting its present name – The Manufacturers' Golf and Country Club.

Lamberton china white body match stand with gray bellflowers and deep-green clover around rim and top of chimney. Topmarked with the concentric circle club logo with Manufacturer Club Philadelphia between and spinning wheel inside. Large factory belching smoke in background. Wreath and ribbon below.