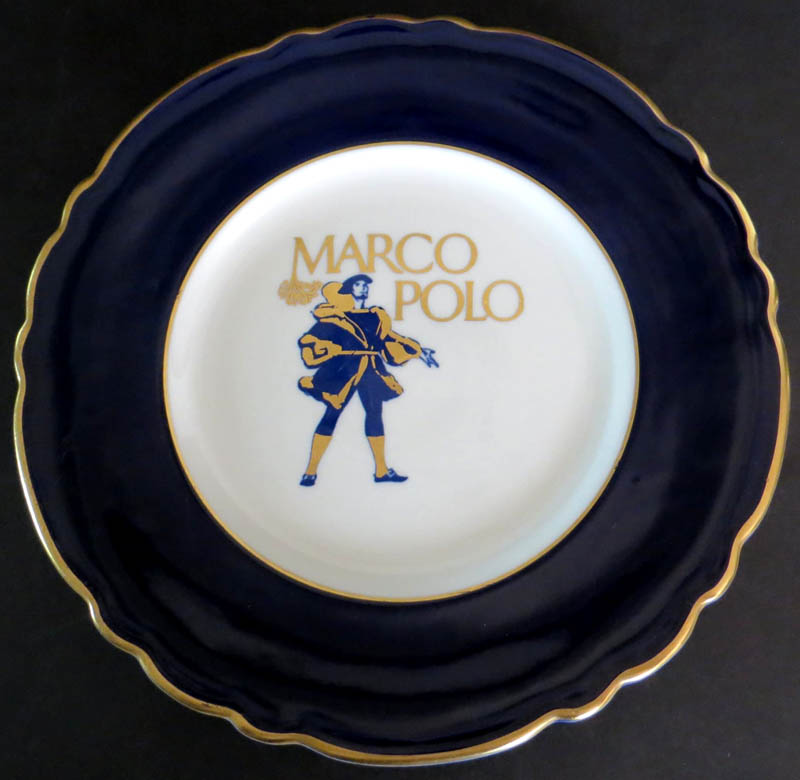 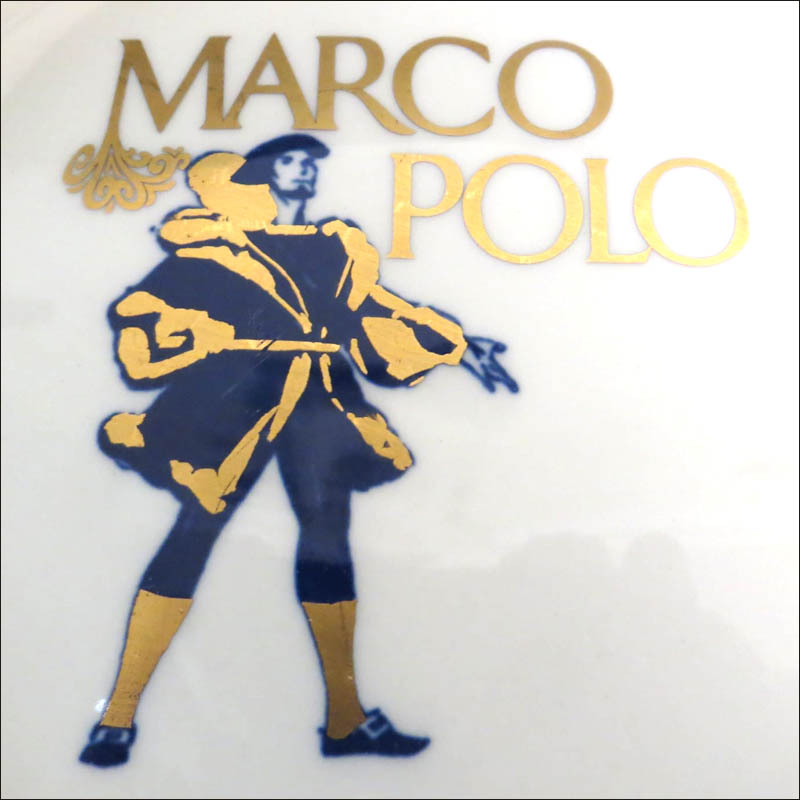 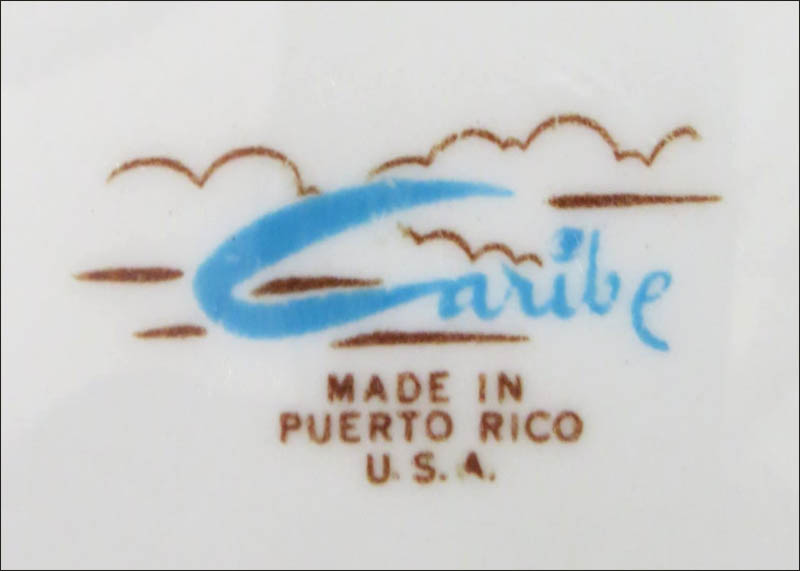 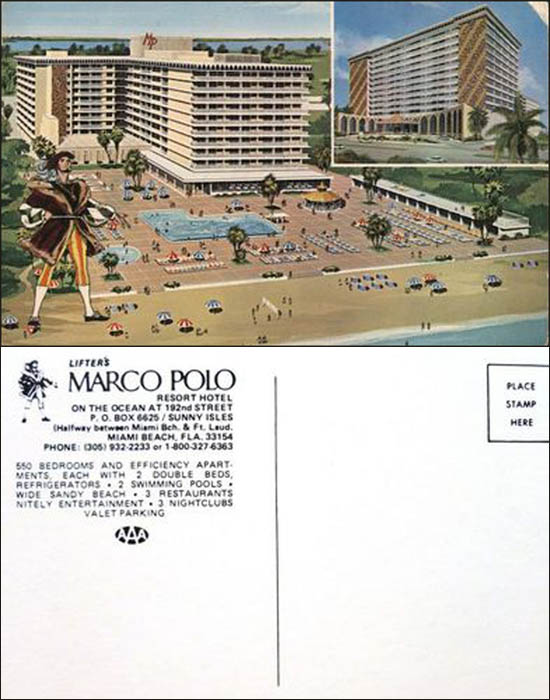 Notes: In 1967, Bennett Lifter, a real estate entrepreneur, built the Marco Polo Resort Hotel in Sunny Isles, Florida, on a stretch of north Collins Avenue that was known as Miami's "Motel Row."

The hotel was designed by architect Melvin Grossman, who later designed the original Caesars Palace in Las Vegas.  Grossman designed a slight curve on the front façade with minaret columns in order to bring elements of the Far East to the property.

Lifter leased the hotel to the Hyatt Corporation in 1968, and then to the Diplomat Corporation, but resumed control of the Marco Polo in 1972.  During the 70s the resort advertised 550 over-sized rooms, each with two double beds, color television, and a refrigerator. In addition, it noted two pools, plenty of lounge chairs, a tiki bar, and two superb restaurants – rated "4 Star" by the Mobil Guide.

In 1994, the resort and hotel was sold to the Crescent Heights Aventura Beach Club, and after a $7 million renovation was converted into a condominium-hotel. In 1995, after the Radisson Corporation approved the hotel, Richard Schechter, president of Aventura Beach Associates, purchased the hotel operation.

In 1999, the Maro Polo became a part of the Ramada chain, which is owned by Wyndham, but preserved its autonomy as the Marco Polo Beach Resort under the Aventura Beach Associates administration.  Click here for the current Marco Polo website.

White body plate with a gold edge on a rim that is irregularly scalloped . The border is entirely covered in a deep navy band with a gold line at the verge. In the center of the well is a drawing of a standing explorer in blue and gold. Above the man's head is the word "Marco" and to the right of his head is the word "Polo."