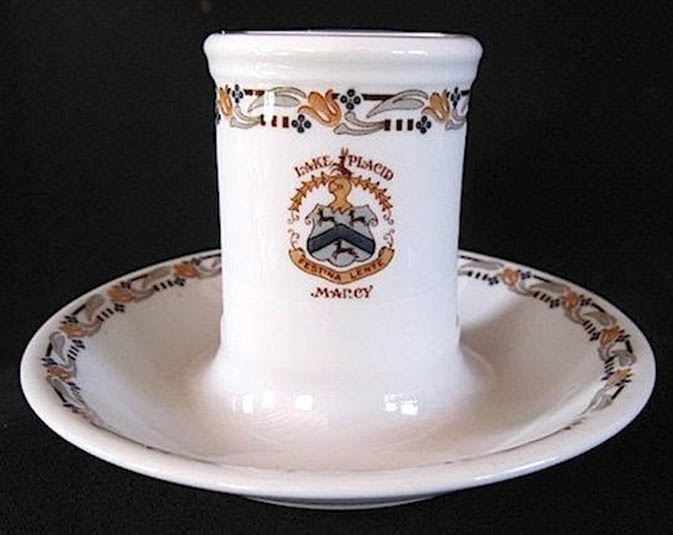 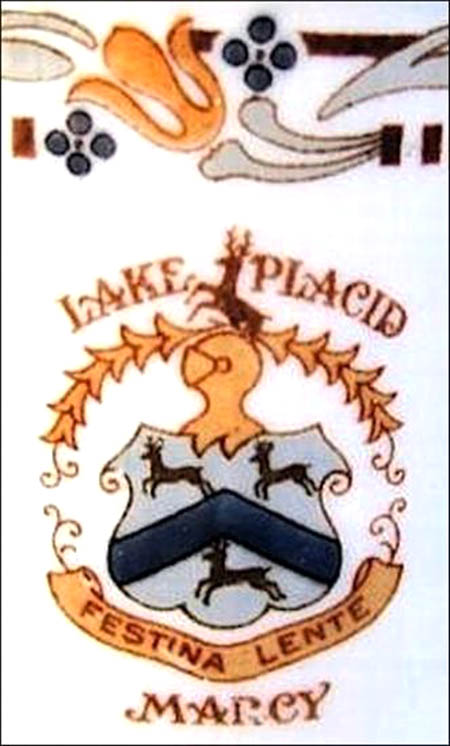 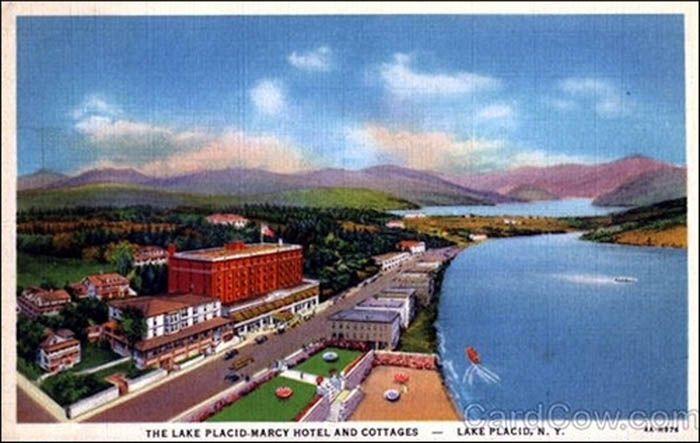 Notes: The Lake Placid Marcy Hotel is located at 122 Main Street in Lake Placid, New York. Built of brick by Frank Swift, the hotel opened July 6, 1927. Several summer homes behind the hotel were acquired for guest cottages, as was the old three-story Northwoods Inn, which remained an annex to the hotel. The entire complex had 160 guest rooms and 125 baths.

The complex was purchased in 1940 by Jack Davis, who made many improvements over the next 30 years, and made Lake Placid a destination.

A fire on December 28, 1966 killed five people and injured several others, as the three-story wing of the Marcy burned to the ground. The wing was the former Northlands Inn that had the kitchen, dining room, swimming pool, sauna baths, employees' quarters and some guest units.

After the fire, Mr. Davis built the present two-story wing of steel and concrete; and in 1970 sold the Marcy complex to The Robert Case Bennett Corporation. In 1994 the hotel became the Northwoods Inn, which remains in operation in 2012.

White body match stand. Glendale pattern around the rim and top of the chimney. Shield with chevron, two deer above and one below, with helmut on top. Bellflowers above shield and banner below with FESTINE LENTE (Make Haste Slowly). Lake Placid above shield and Marcy below.