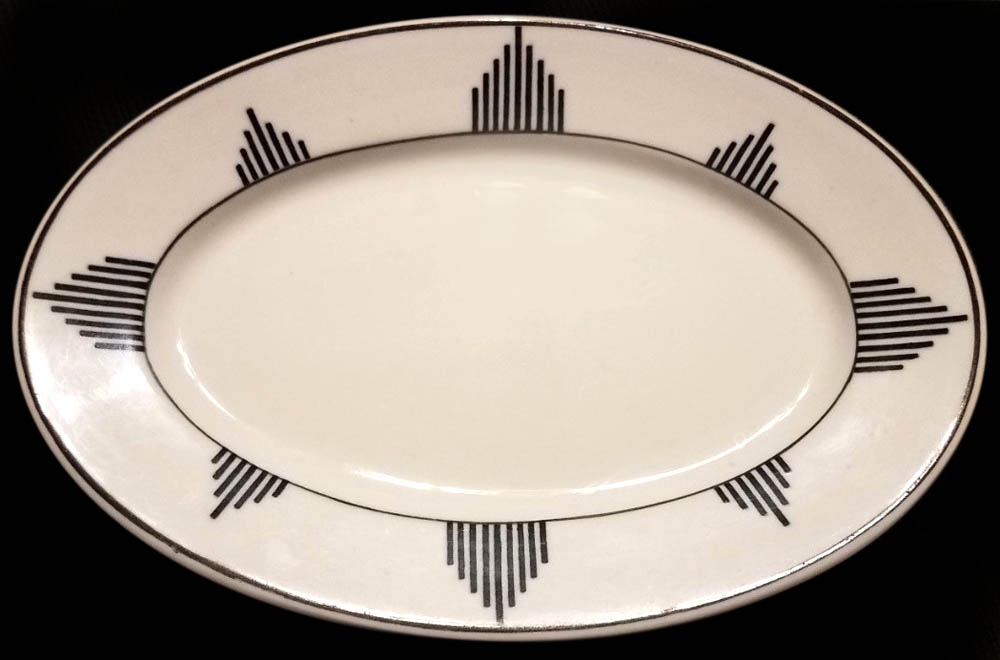 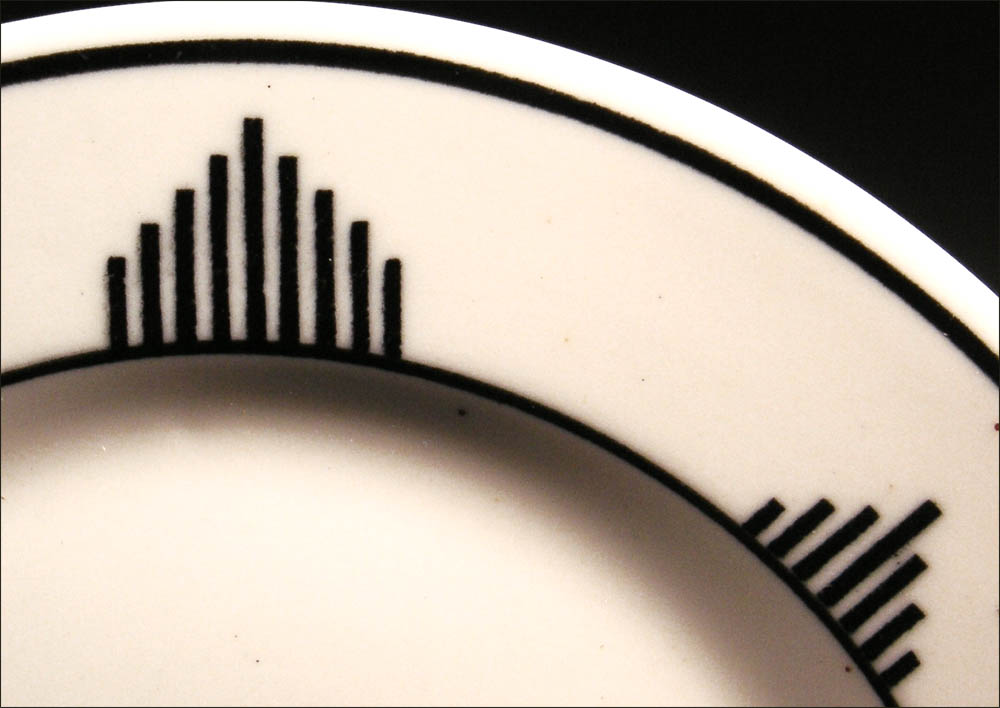 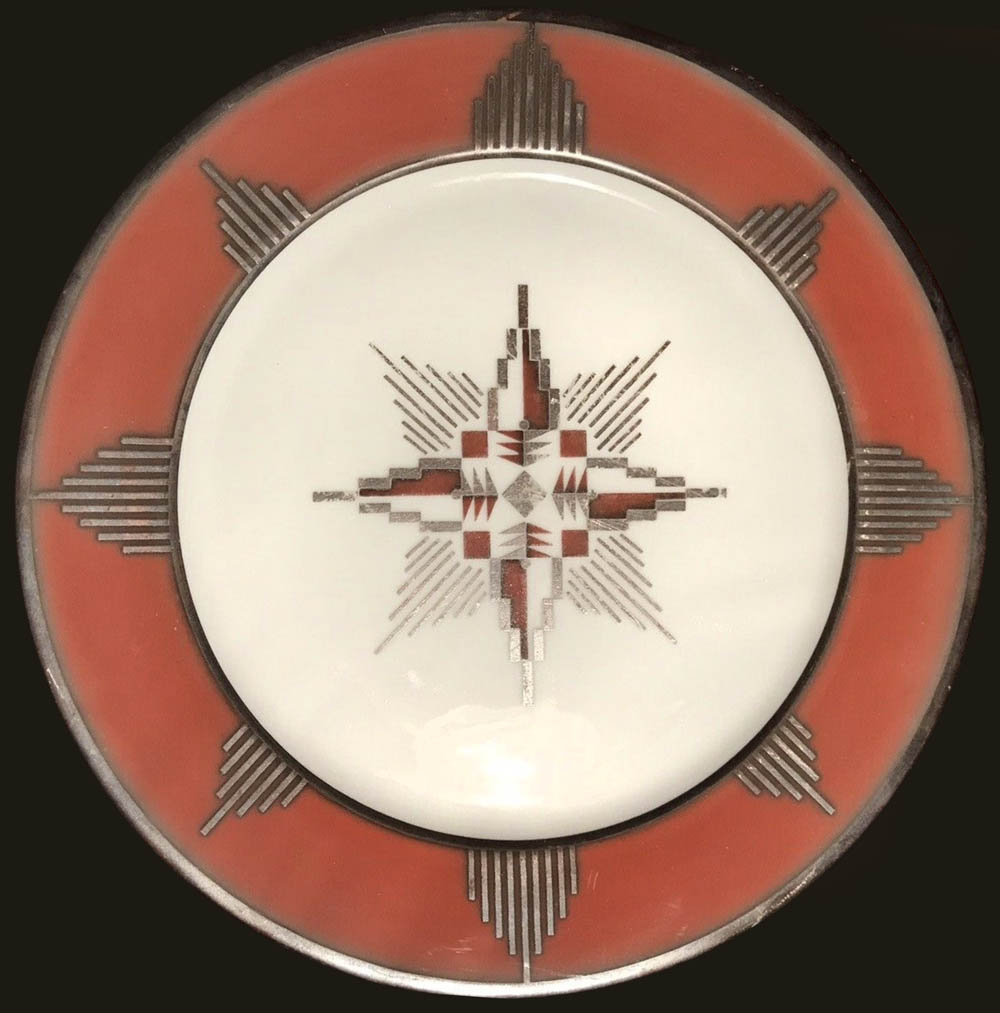 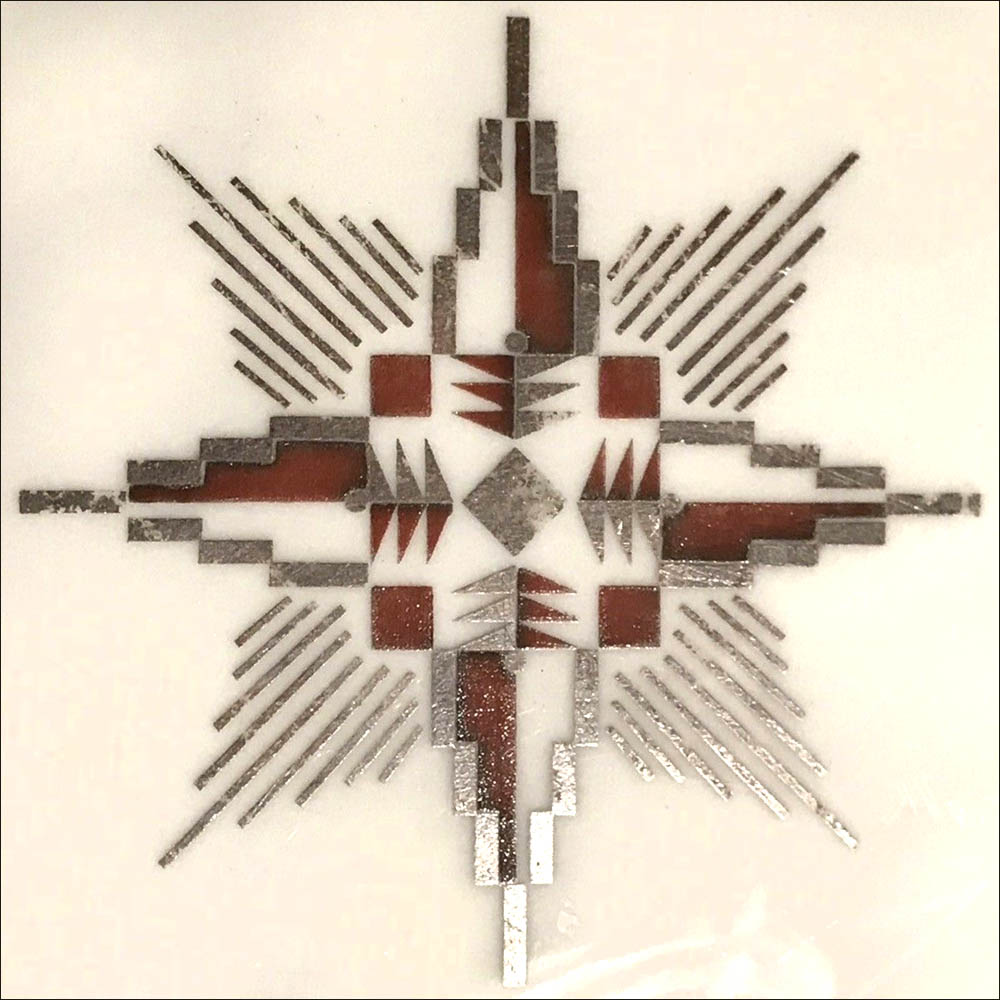 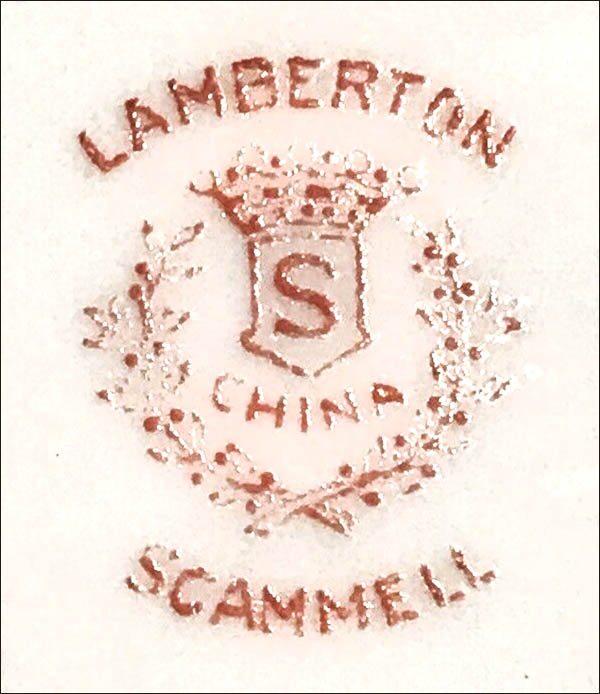 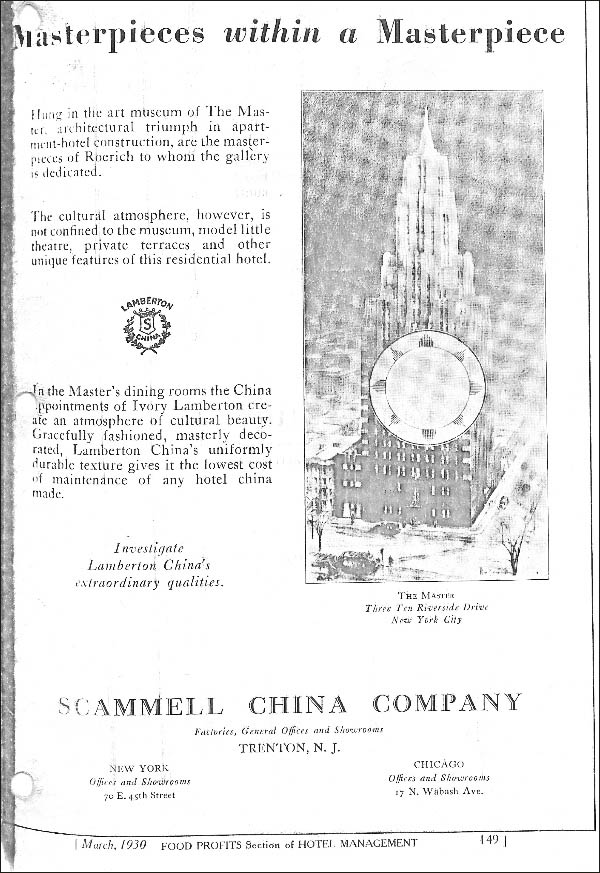 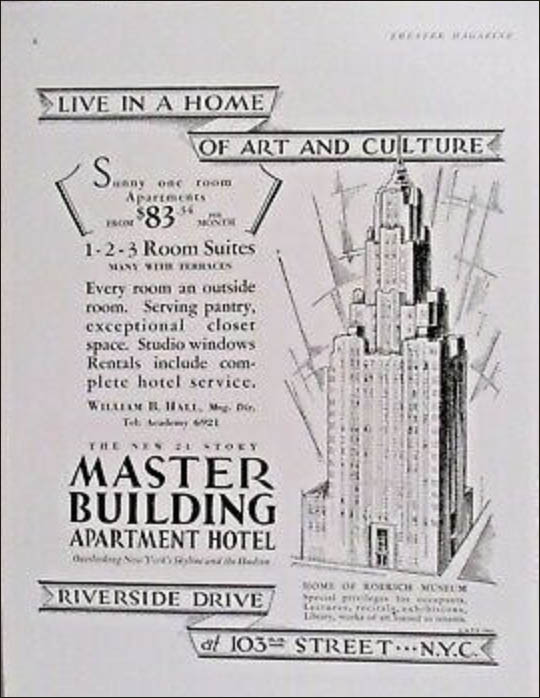 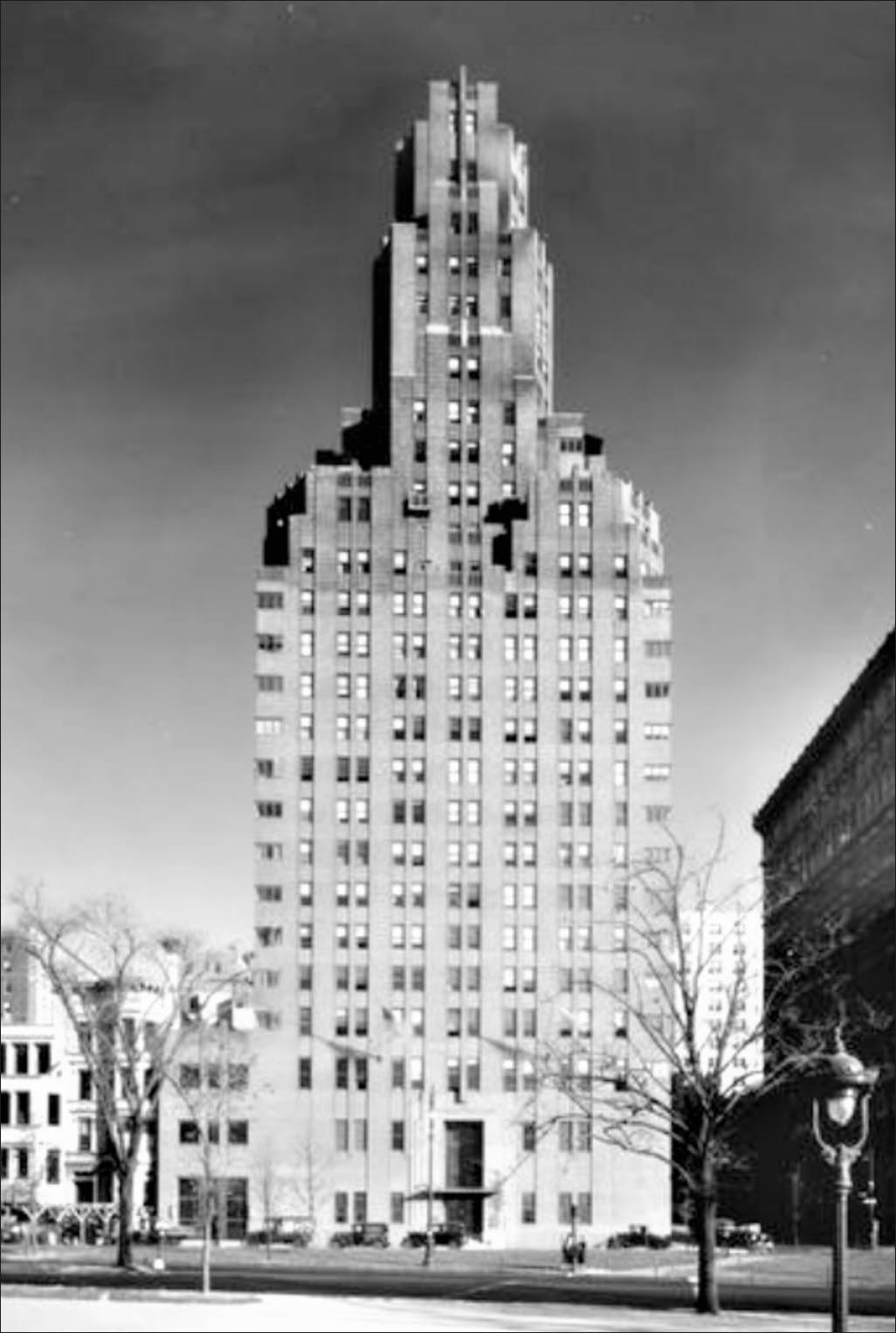 Notes: The Master was developed by financier and statesman Louis Horch, who admired the art and work of Russan-born Nicholas Roerich. When The 27-story Master Building, on Riverside Drive at 103rd Street in New York City, opened in November 1929, it contained the three-story Roerich Museum and a 274-seat theater. The upper floors contained 233 one-room, 63 two-room, and two three-room apartments, plus a seven-room penthouse suite.

The dining room was another feature of this multi-use building.

The 1929 Wall Street Crash occurred within weeks of the Master's opening. The nonprofit organization set up to operate the building was sued in 1932 for non payment of taxes and mortgage bonds. The Roerich Museum closed after a falling out with Mr. Horch. In 1938, the art gallery re-opened as the Riverside Museum. In 1988, the building was converted into co op apartments.

The Lamberton China that Scammell created for The Master dining room reflects the Art Deco stepped back detailing of the buildings roof line. The service plate contains a four-part central decoration that incorporates the stepped roof line  and a series of nine stepped vertical lines, in platinum and red orange.  The red orange border  contains alternating seven, and nine, vertical line ornament in overglaze platinum.

The other pieces in this china service have the seven and nine line groups done in black transfers.

Scammell used a full-page advertisement in the March, 1930 Hotel Management to show this pattern that they had created for The Master. As a transfer design it could be ordered in black or various colors, and other customers did order it.