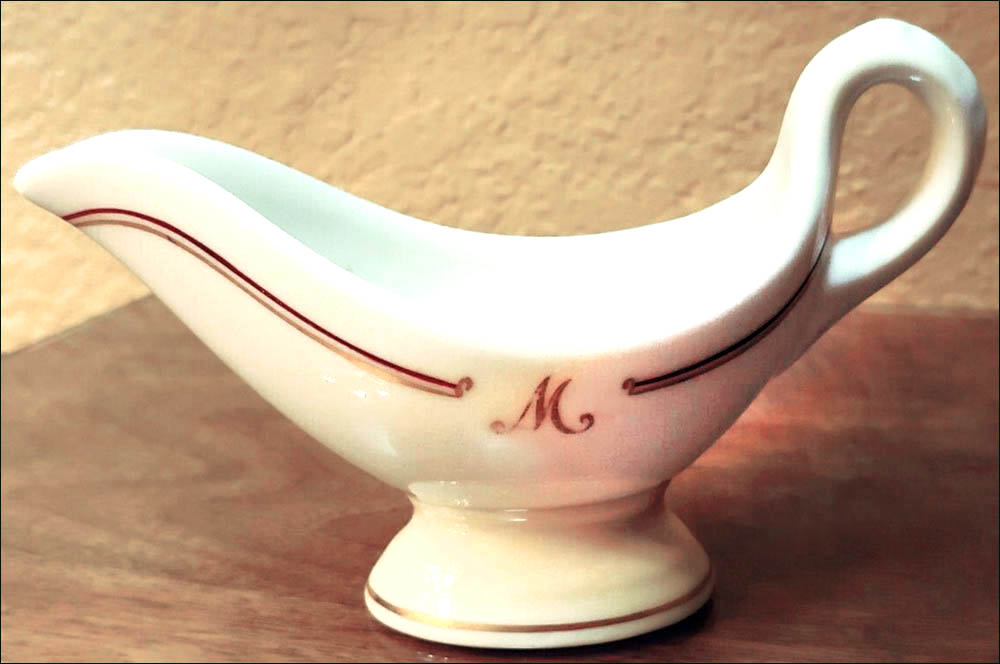 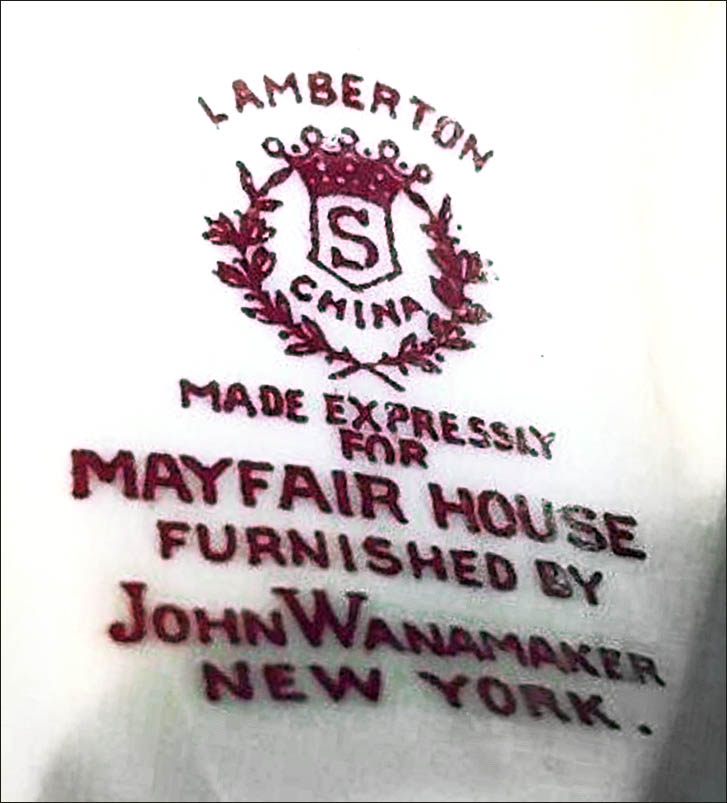 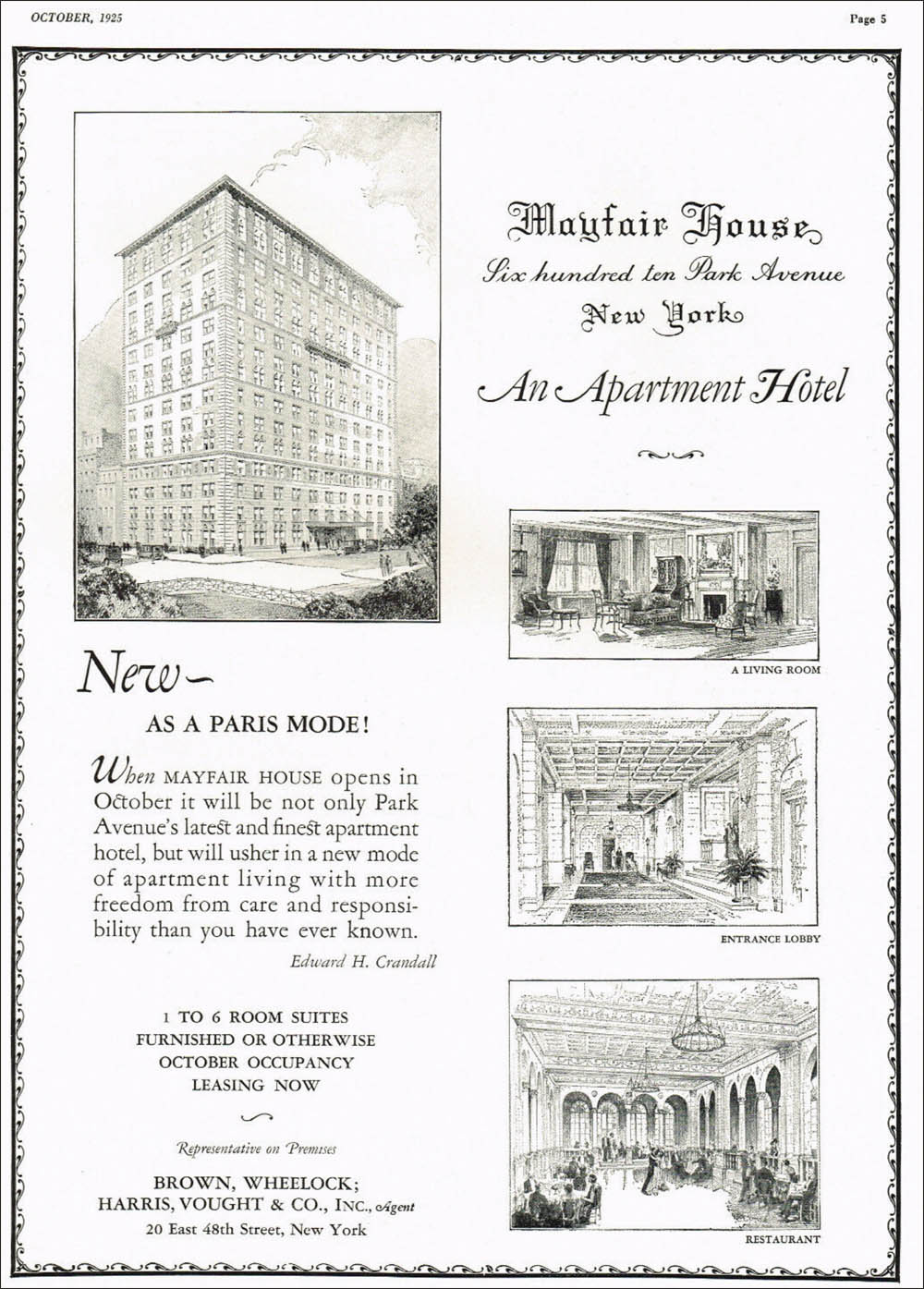 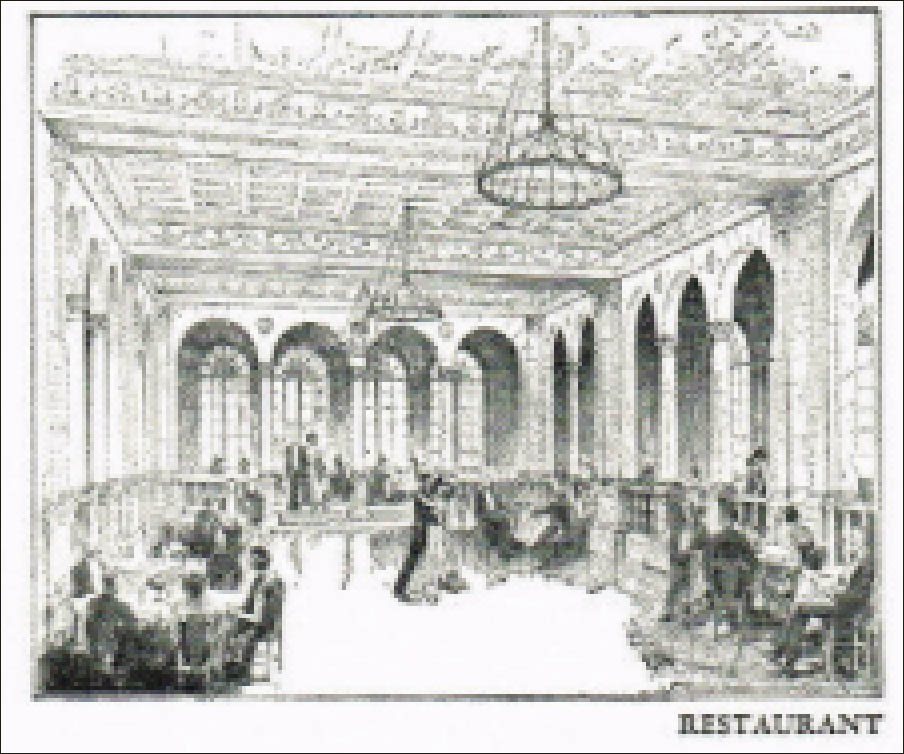 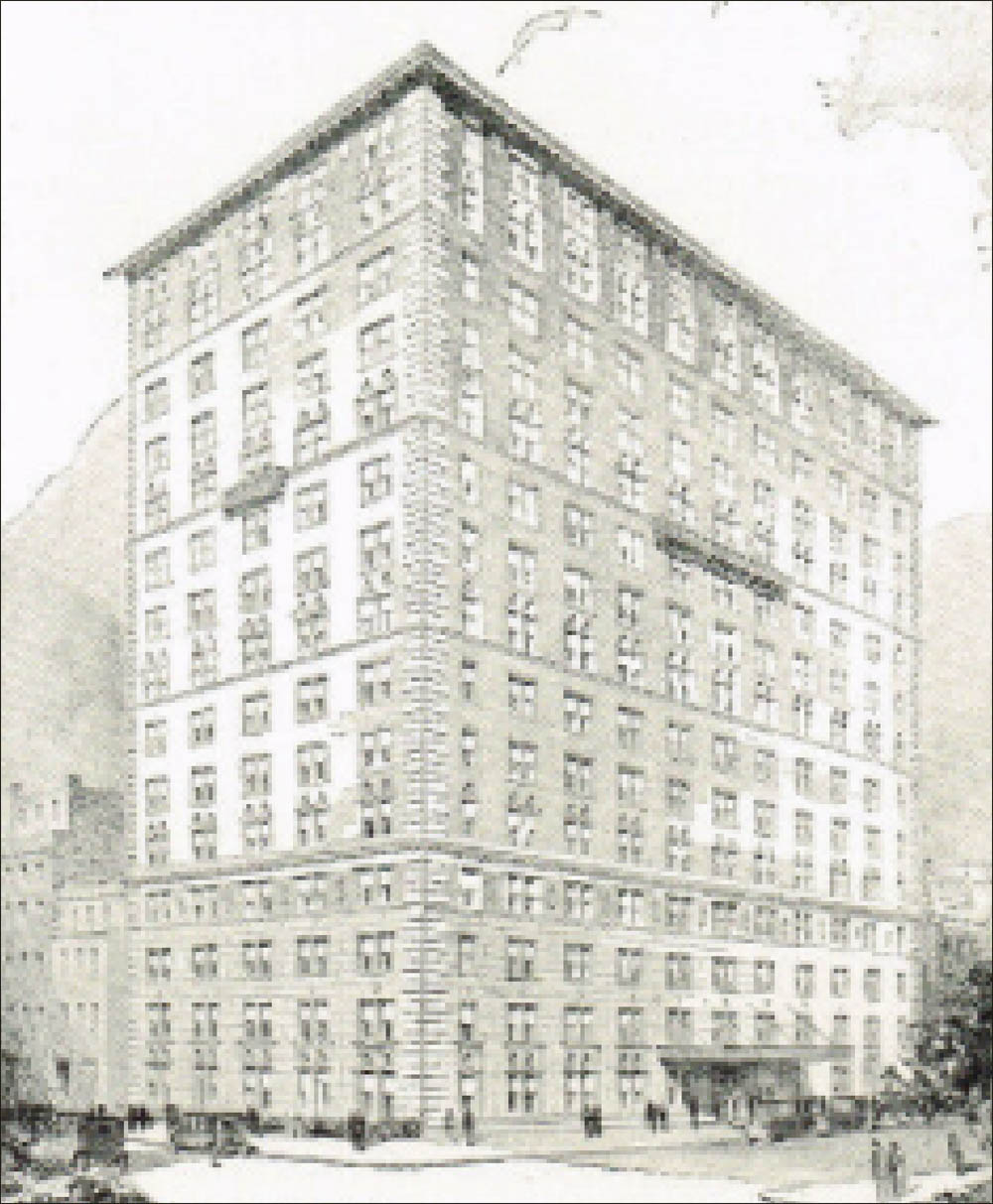 Notes: The 15-story Mayfair House, on the corner of Park Avenue and East 65th Street in New York City, opened November 9, 1925, as an apartment hotel. It offered one to six-room suites. The dining room had arch-topped windows on two walls, and a decorated beamed ceiling.  In 1978, Regent International Hotels took over operation and renamed it Mayfair Regent. In 1998, the 210 hotel rooms were converted into 70 condo apartments.

The china that Scammell made for the Mayfair is crested with a coin gold script "M" which is flanked by red and coin gold pin lines.  The John Wanamaker store in New York City was the distributor.