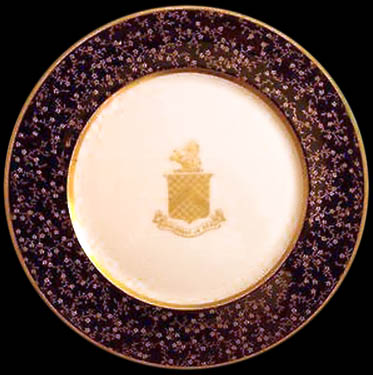 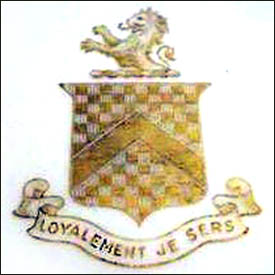 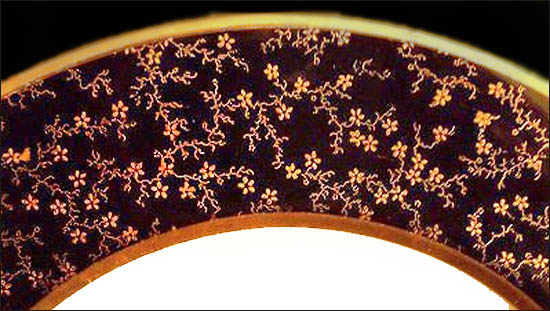 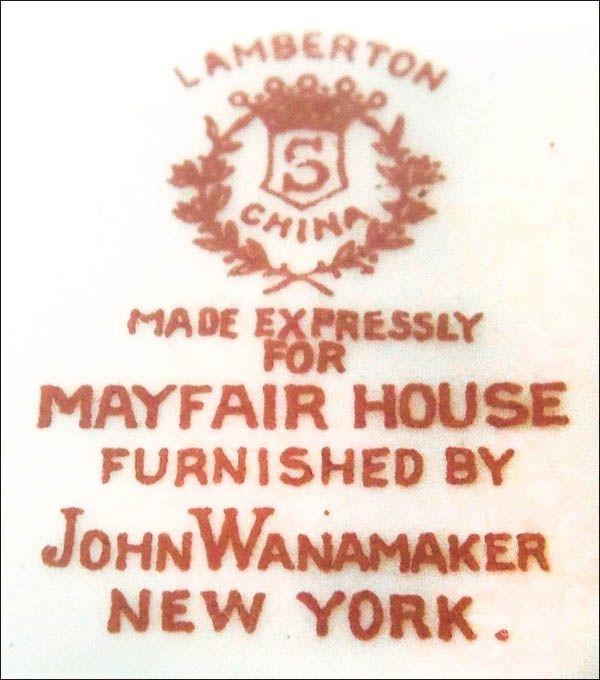 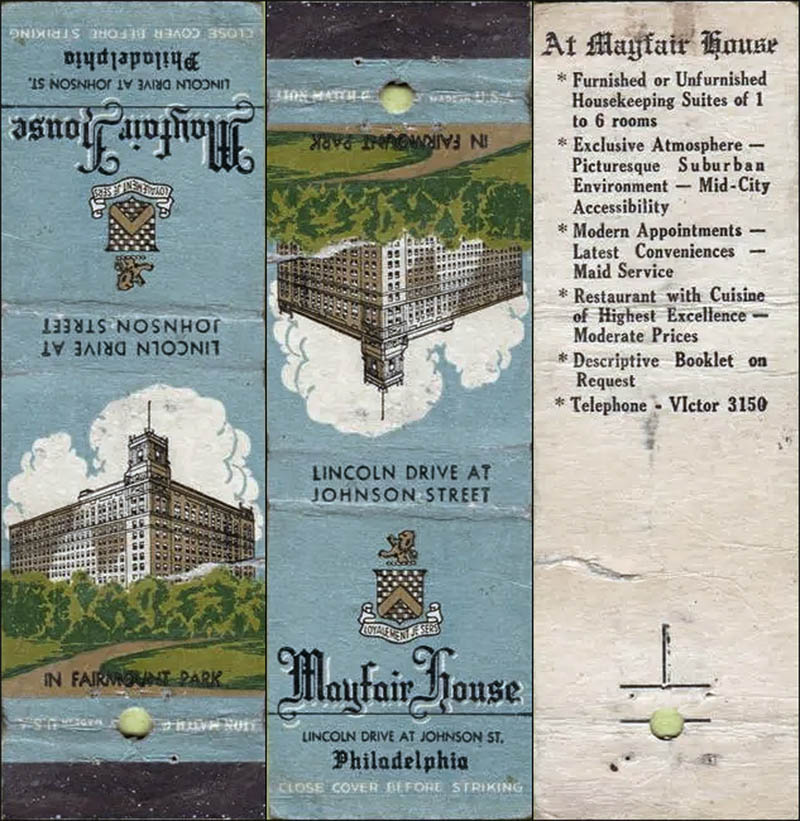 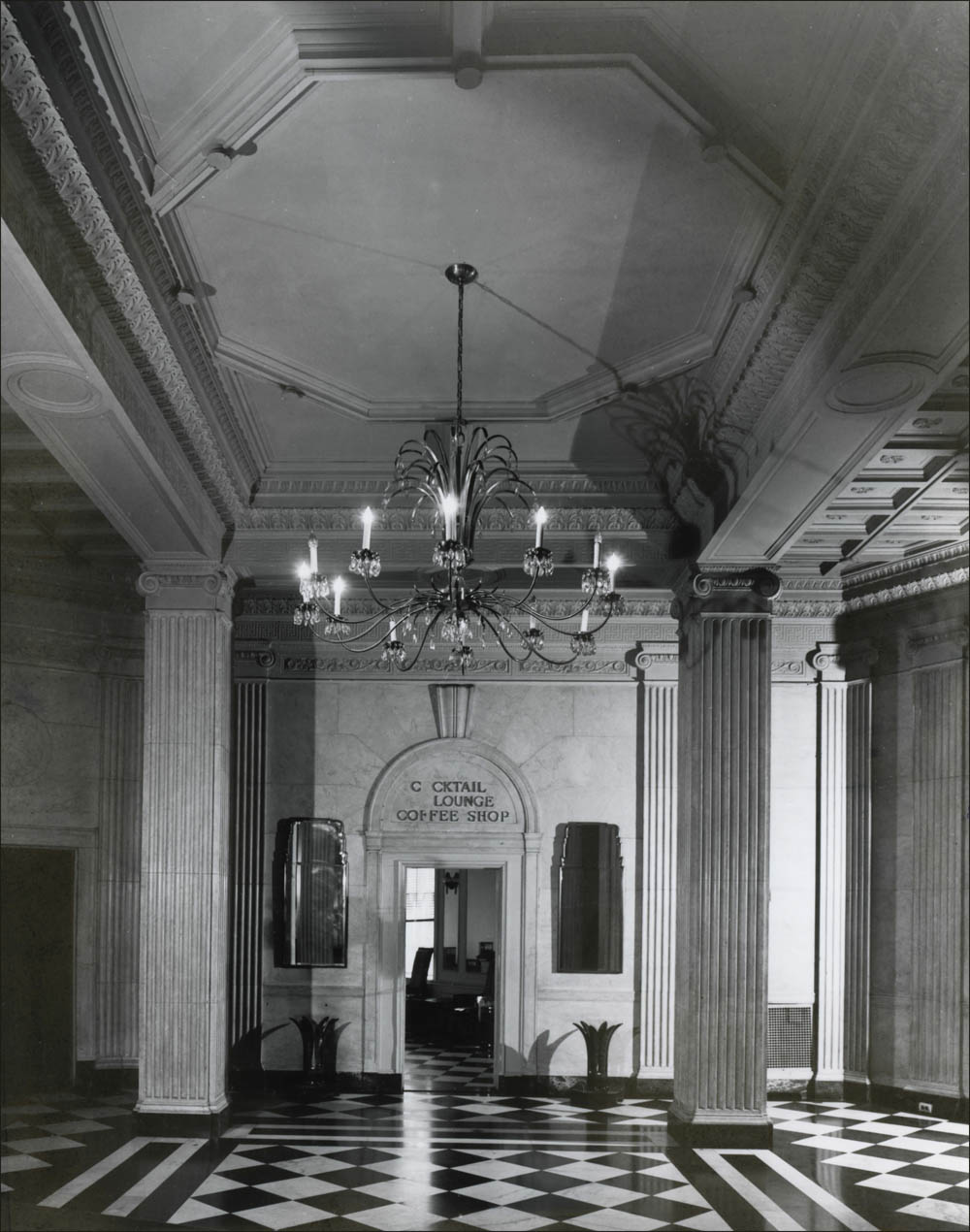 Lobby of the Mayfair House in Philadelphia in 1981 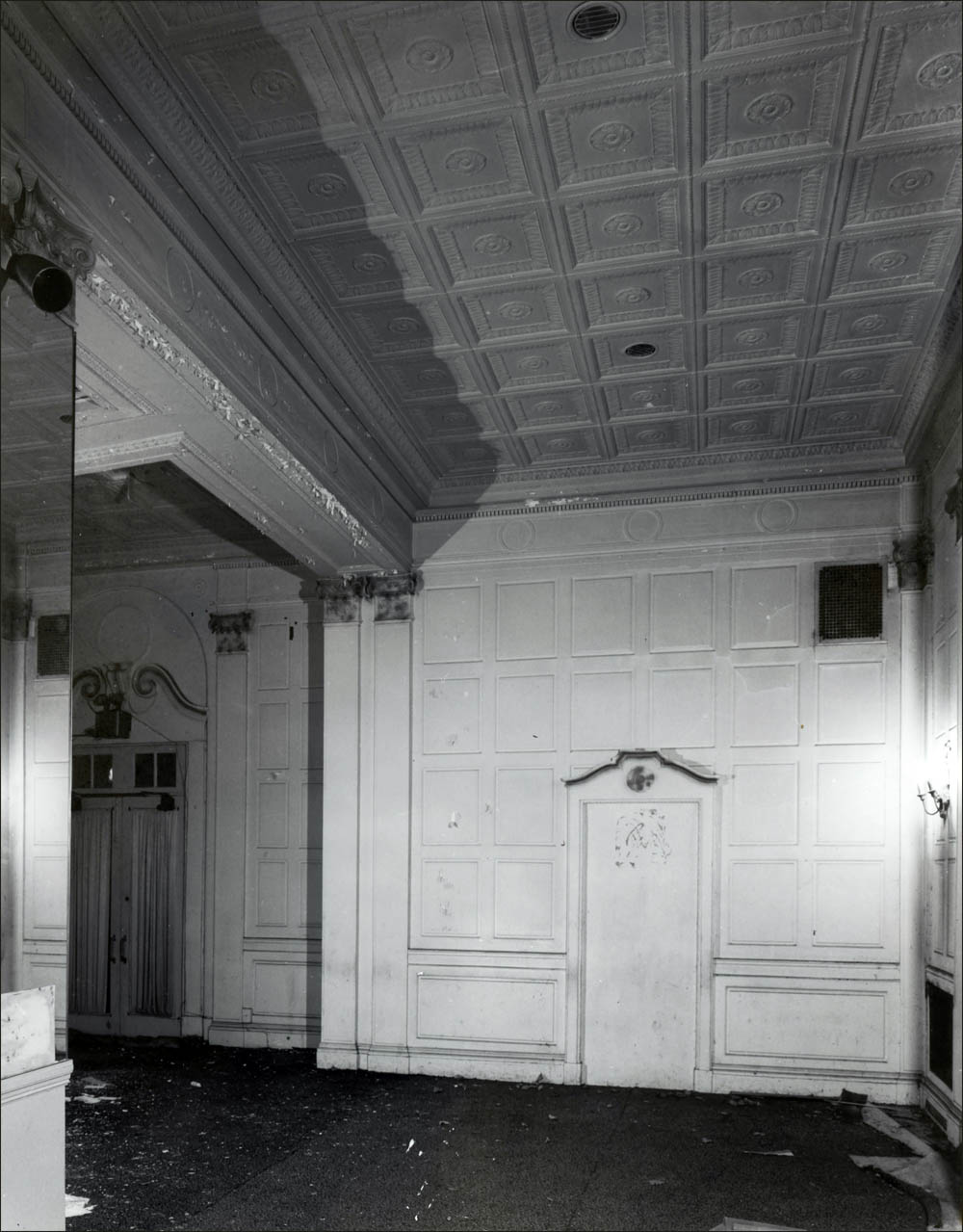 Dining Room at the Mayfair House in 1981 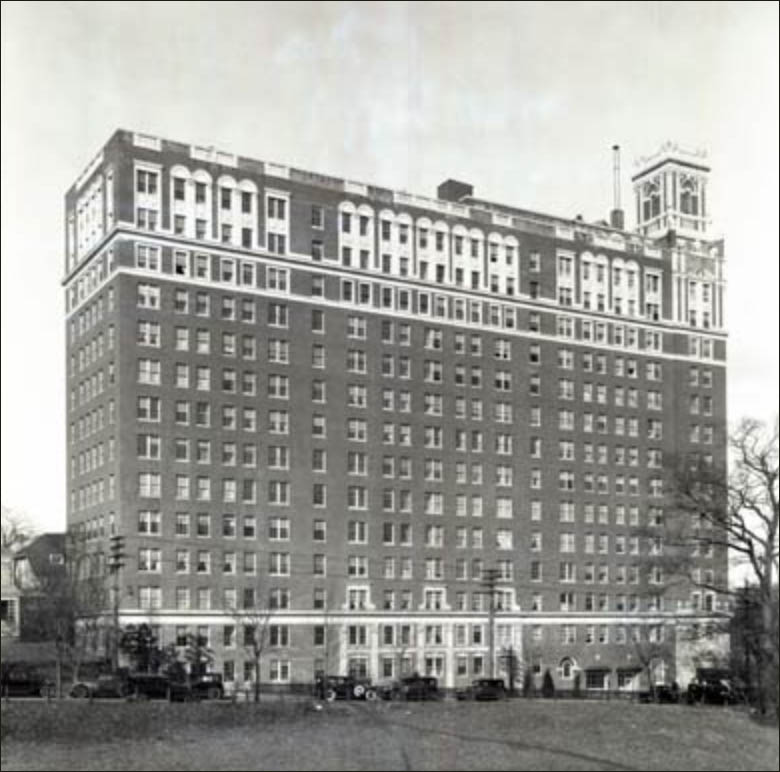 Notes: The 14-story, L-shaped Mayfair House on the corner of Lincoln Drive and West Johnson Street in Philadelphia, opened in 1926. It contained two, three, four, and six-room apartments. The 1928 Hotel Red Book lists it as a hotel with 800 rooms, but it was mainly an apartment house. In 1982, the top twelve floors contained 244 apartments. The dining room and cocktail lounge were located on the ground floor of the north wing. The dining room, known as the Mayfair Room, advertised in 1949 that it was open for luncheon and dinner, with an orchestra on Saturday nights. It was available for dinner banquet rentals. Although the Mayfair House was added to the National Register of Historic Places in 1982, it was demolished in 1999.

Scammell produced Lamberton China service plates for Mayfair House that are crested with a shield logo in coin gold. The full cobalt blue border is decorated in coin gold with a tiny flower and vine pattern. Coin gold rim and verge lines complete the design.  John Wanamaker was the distributor. The back stamp states 'New York' but it was probably ordered through the Philadelphia store, and Scammell just used the same back stamp that was used for the Mayfair in New York City. Scammell most likely produced the rest of the china used in the Mayfair, but so far no marked pieces are known.