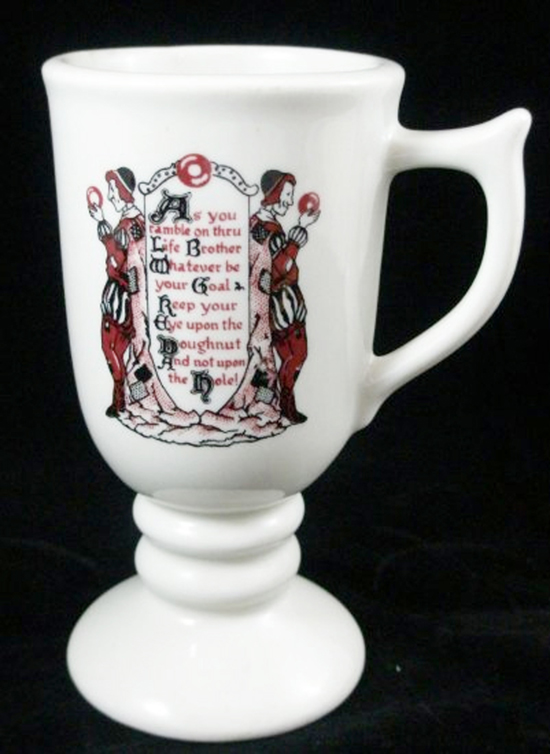 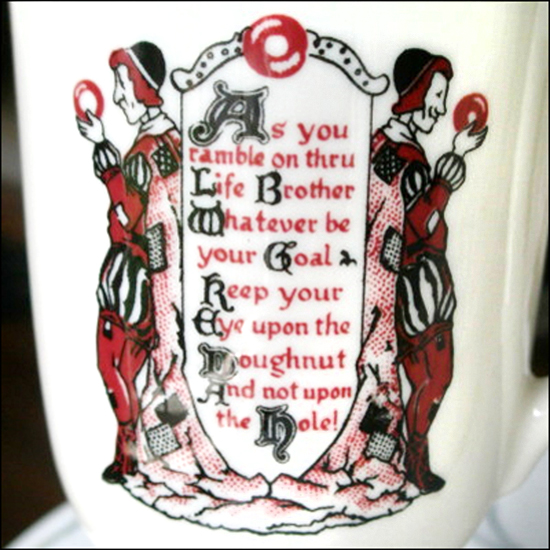 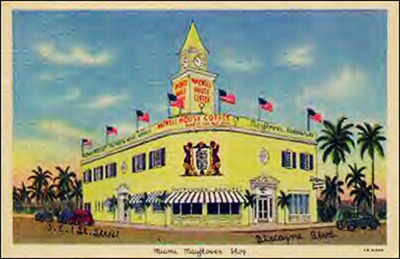 It was Levitt who adopted The Optimist's Creed as his own and had it printed on his doughnut boxes and on this pedestal mug:

White mug has medieval jester figures examining doughnuts (donuts) with holes of differing sizes, with The Optimist's Creed on a shield between them. Graphics are in black, gray, red and pink.