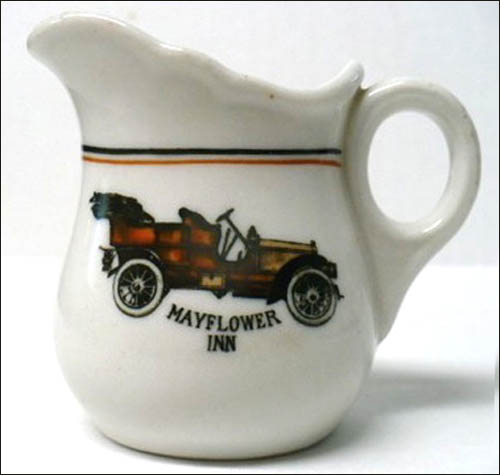 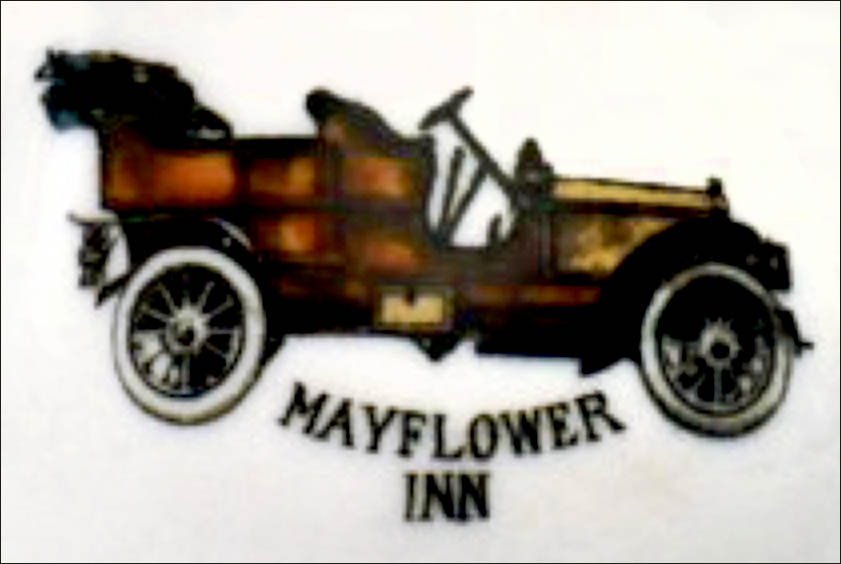 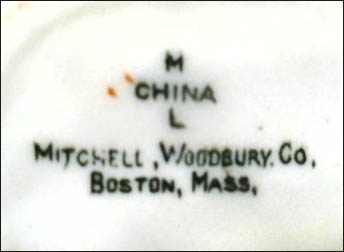 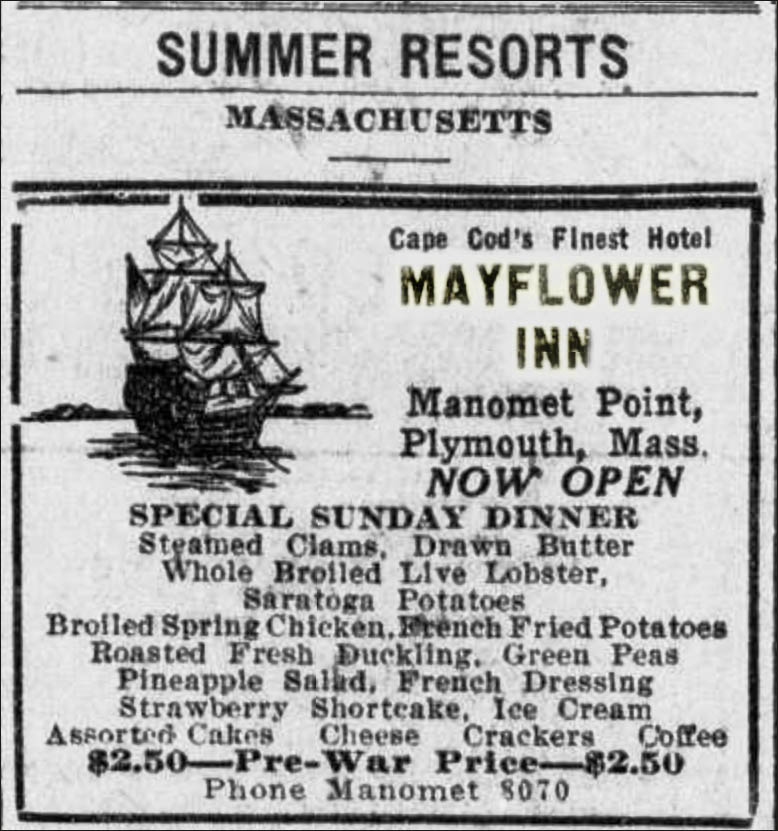 Advertisement for the Mayflower Inn 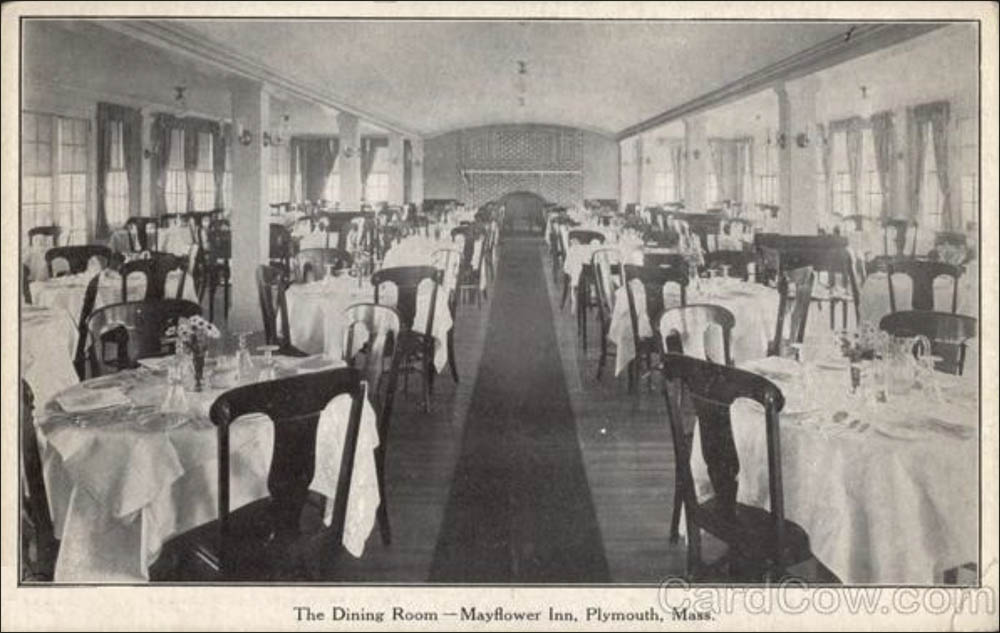 Dining Room at the Mayflower Inn 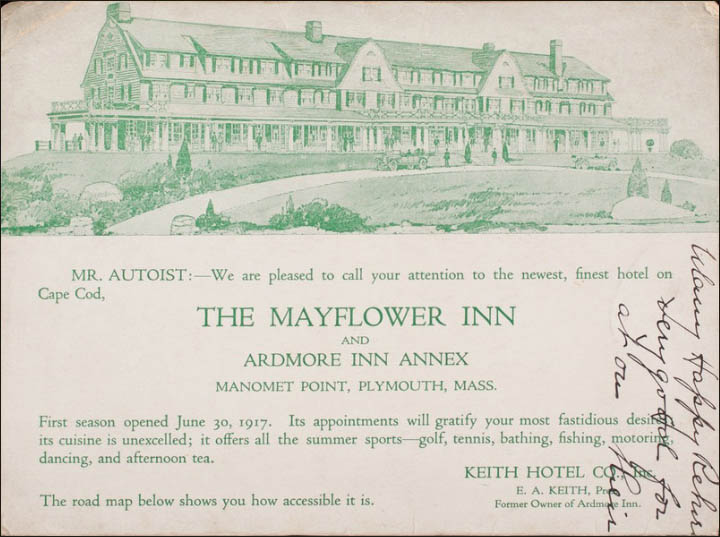 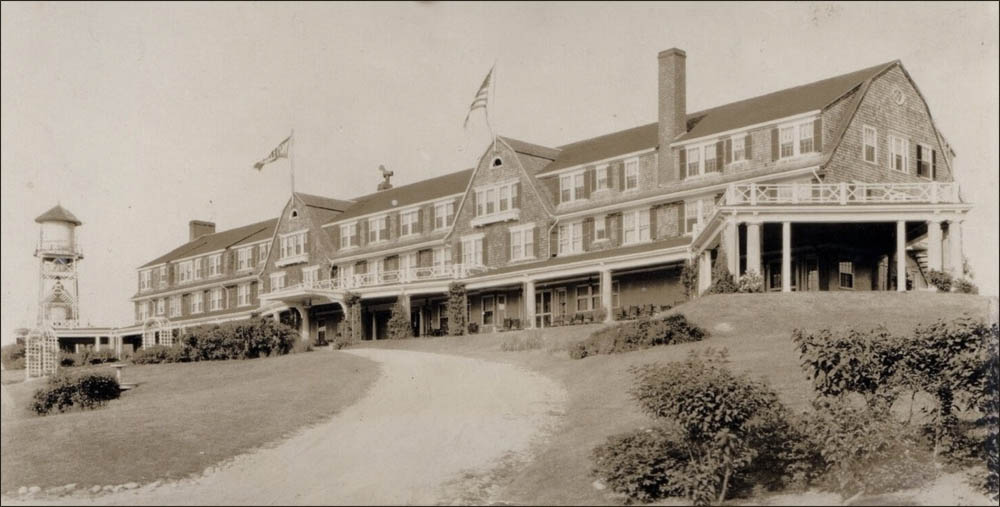 Notes: The Keith Hotel company opened the three-story Mayflower Inn, in Plymouth, Massachusetts on June 30, 1917. It operated as a summer resort on the American and European plans. When it opened it claimed to have 170 guest bedrooms. Promotional materials and advertisements in the Boston papers promoted the idea of  traveling to Plymouth by automobile for dinner. A June 1922 article in the Boston Globe describes a Masonic Knights Templars group of 150 from Quincy, arriving for lunch and then having a  banquet before driving back to Quincy. An advertisement from 1922, listed the menu for Sunday dinner at $2.50.

A fire on April 23, 1973,  caused considerable damage, but it reopened about a year later. A second fire in March 1977 ended with what remained being torn down.

Maddock produced crested Lamberton China for the Mayflower that features a multi-color decal of a two seat, open touring car, with "Mayflower Inn" curved below. This china service was supplied by Mitchell Woodbury Company, of Boston.