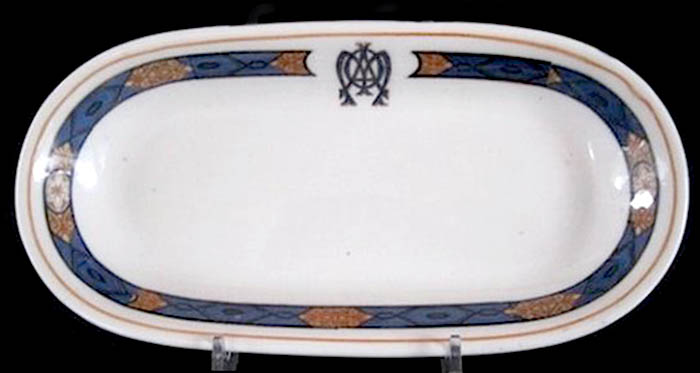 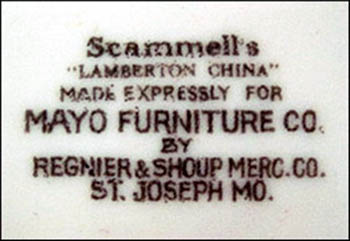 Notes: In 1903, brothers Cass A. Mayo and John D. Mayo started a furniture store in Tulsa, Oklahoma, two years before the Glenn Pool oil field was discovered in 1905 and the local economy boomed. In 1908, they moved to a permanent location on 5th and Main in Tulsa.

In 1925, the brothers funded and built the Mayo Hotel. The hotel was patterned after the Plaza Hotel in New York City and was constructed by architect George Winkler in the Sullivanesque style of the Chicago School. The edifice boasts a base of two-story Doric columns, while the rest of the facade is mostly terra cotta accented by stone trim. It had 18 floors and 600 rooms.

The Mayo brothers achieved elegance of decor and fine service in their hotel rooms with ceiling fans and Tulsa's first running ice water. The Mayo Hotel quickly became a popular gathering place for Tulsa's high society with such notable guests as President John F. Kennedy, Bob Hope, Charles Lindbergh, Babe Ruth, Charlie Chaplin and Mae West. The Mayo also served as a residence for J. Paul Getty for several years, and the John D. Mayo family lived in the hotel from 1941 until Mayo's death in 1972.

The hotel was listed in the National Register of Historic Places in 1980. After a failed renovation attempt in the early 1980s, the Mayo was abandoned for twenty years, until the Snyder family purchased the building in 2001 for $250,000. The Snyders restored the hotel to its former glory and it now (2013) has 70 luxury residences, 102 hotel rooms and event space.

White Lamberton Body with a topmarked monogram logo of interlocking M A Y O letters, where the letter Y is a part of the letter M. The border band features blue and light brown diamonds with a light brown outer pinline.

This pattern has been seen with two different backstamps: one back-marked as shown above, the other back-marked Lamberton S China with the Scammell Wreath mark, dating to circa 1925.