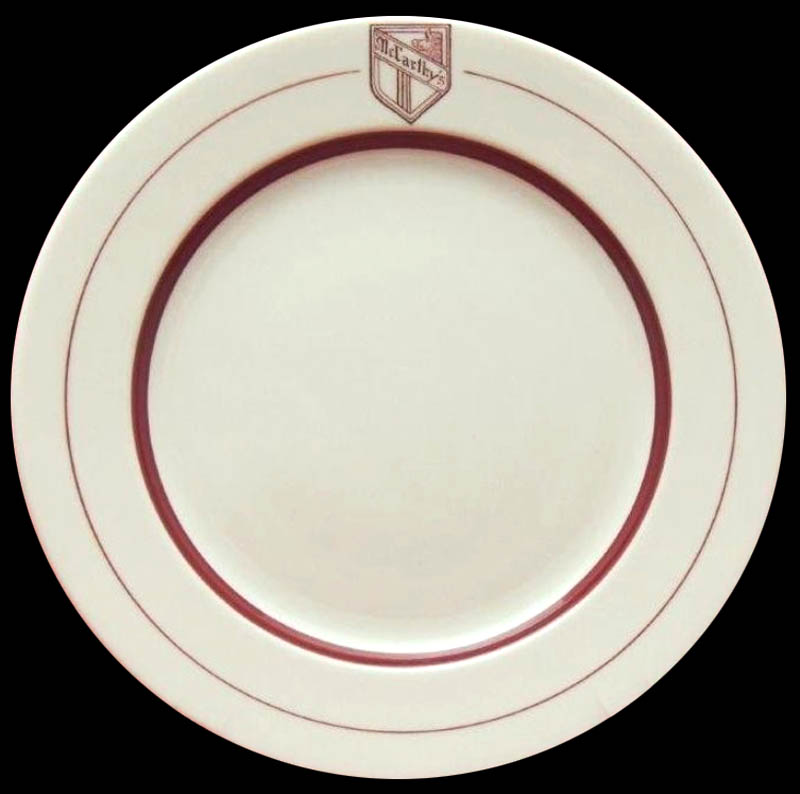 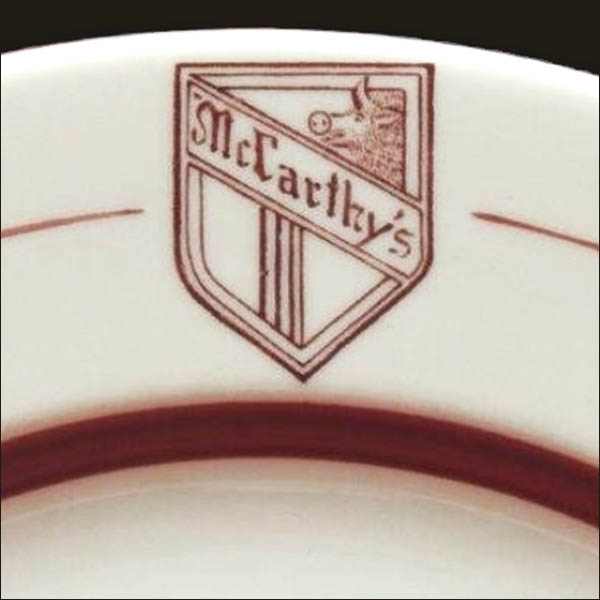 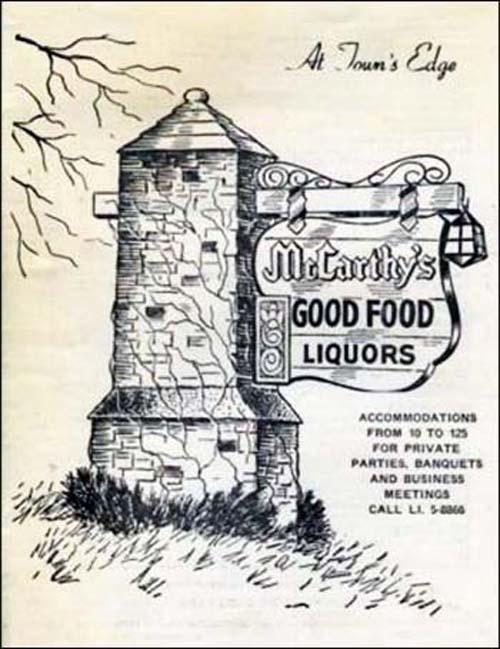 Notes: Originally located at 5600-5601 Wayzata Blvd in St. Louis Park, Minn., McCarthy's Cafe was a posh night club, which opened in 1943 purportedly with the financial backing and sponsorhip of notorious gangster Tommy Banks.

With support from Banks, and in partnership with Ted Culbertson, Keith McCarthy established the venue that bore his name on Highway 12. A 1944 advertisement confirms that Ted Culbertson was the manager and Frank Rerat was the chef at the time.

McCarthy eventually moved to Woodside, Calif., in the early 1950s and by then the venue had undergone significant changes. In March 1946, the restaurant was expanded and opened with a new dining room in December 1947. The remodeled McCarthy's had a new, massive stone exterior, resembling an Old English building.

By 1956, McCarthy's was managed by Jerry Murphy from Duluth, Minn.; he co-owned the restaurant along with other investers, including Jerimiah Murphy, Rita Banks and H. H. Clark.

In 1960, the restaurant was redecorated in the Italian Renaissance style, complete with ornate, draperied alcoves.

After 1972, the restaurant became Eddie Webster's-West and in January 1980, the venue reopened as Sweet Caroline's.

The building later was razed to build Interstate 394 in 1991 and thousands of cars drive over the spot every day.

White body with narrow maroon line and thick maroon line on inner rim. Topmarked McCarthy's within a shield featuring a boar or pig in the upper right.