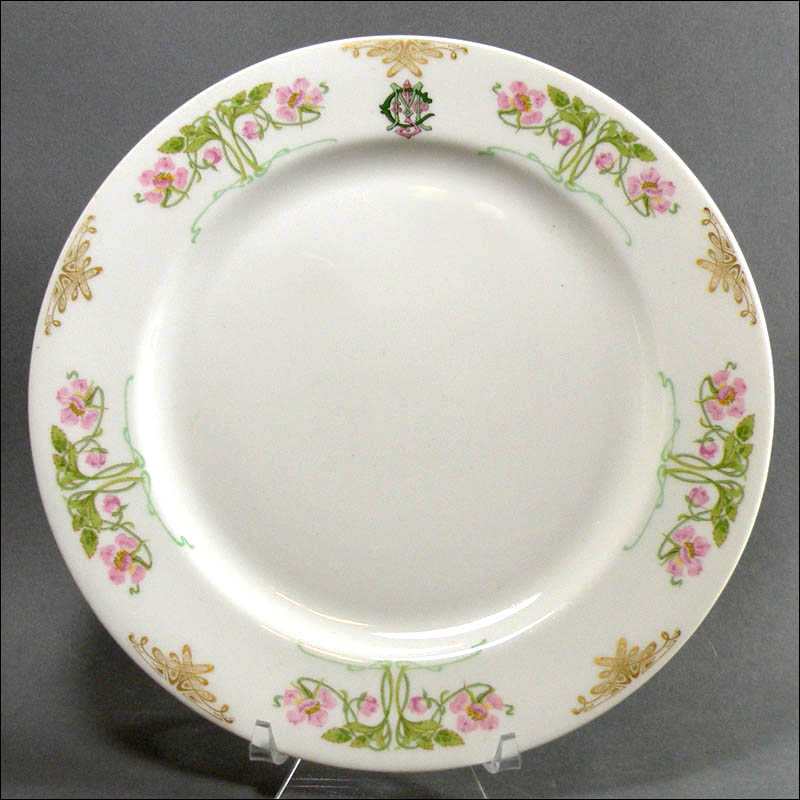 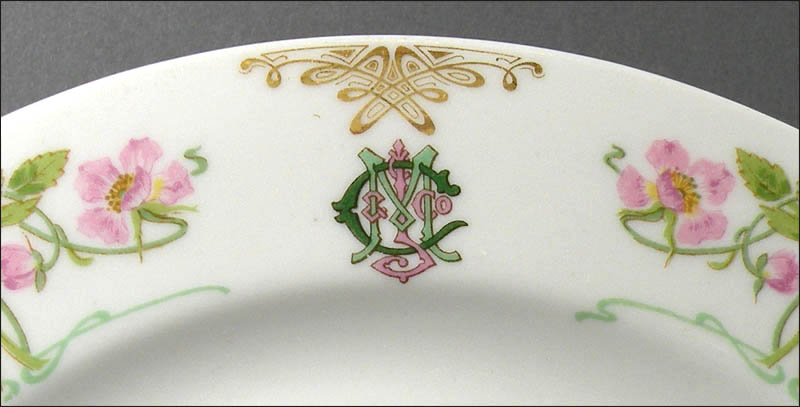 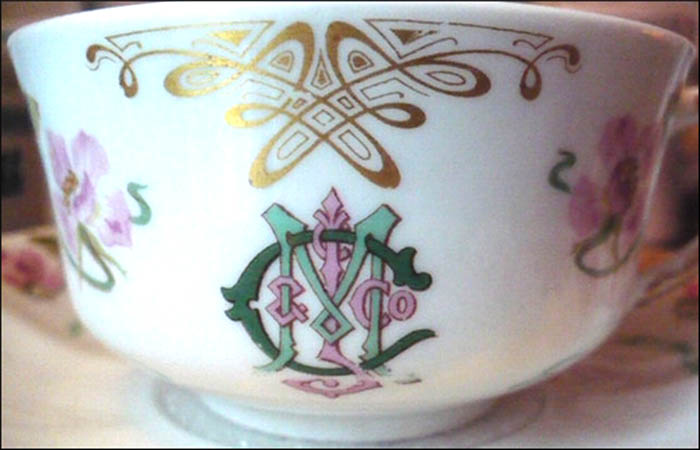 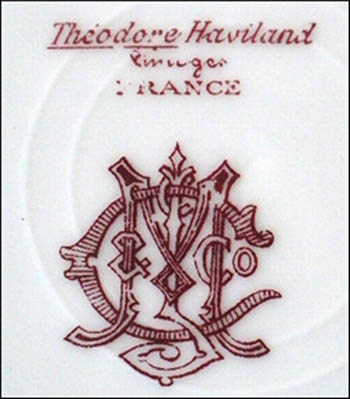 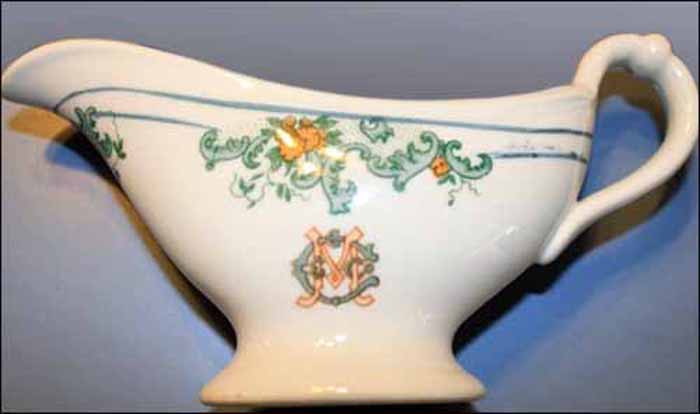 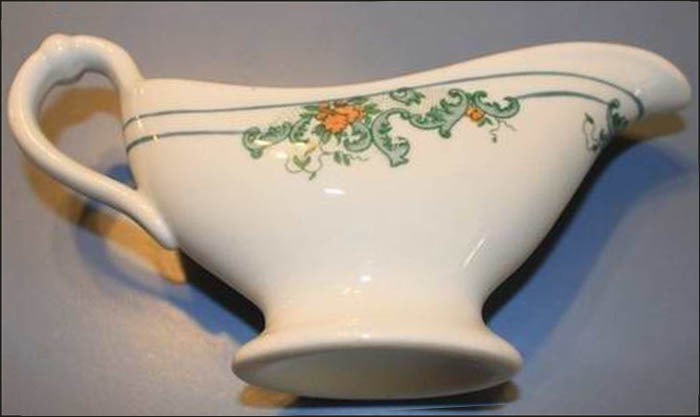 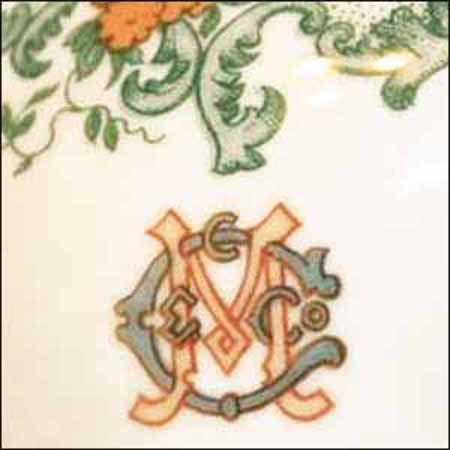 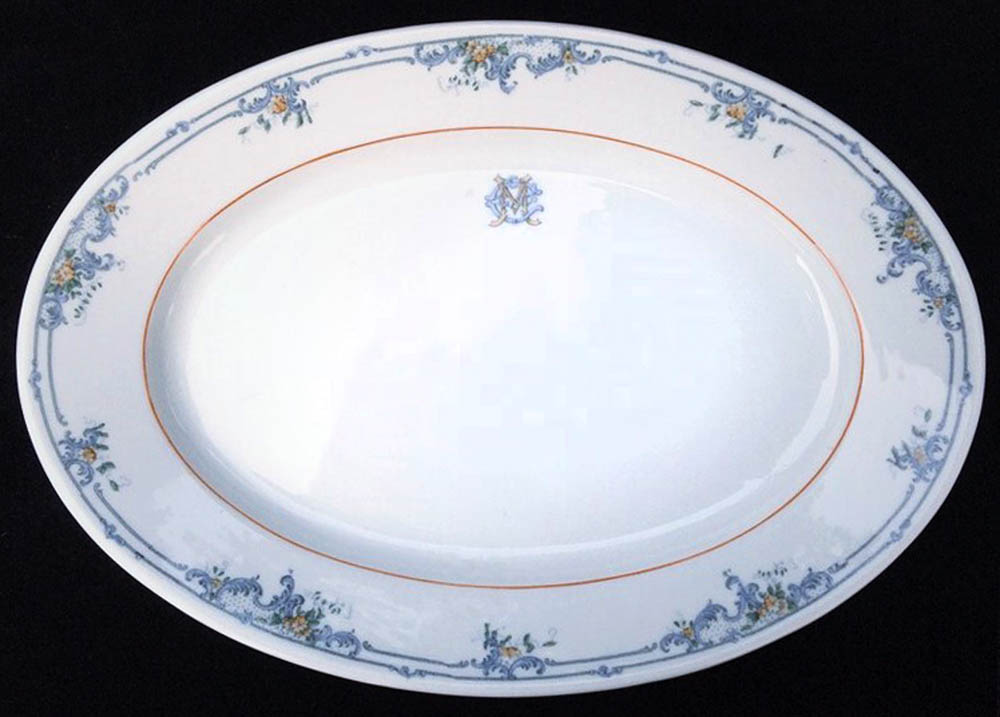 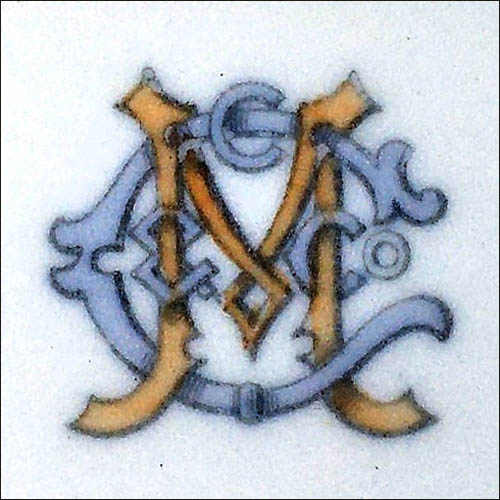 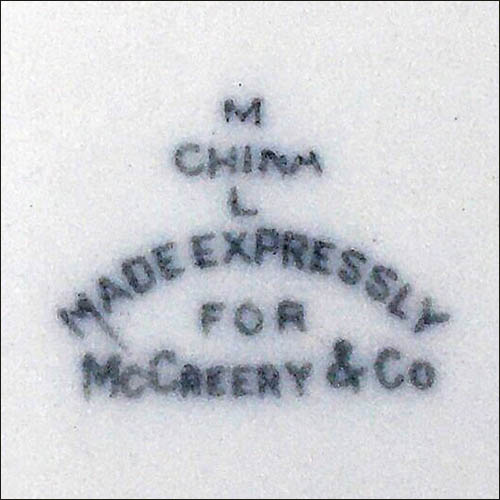 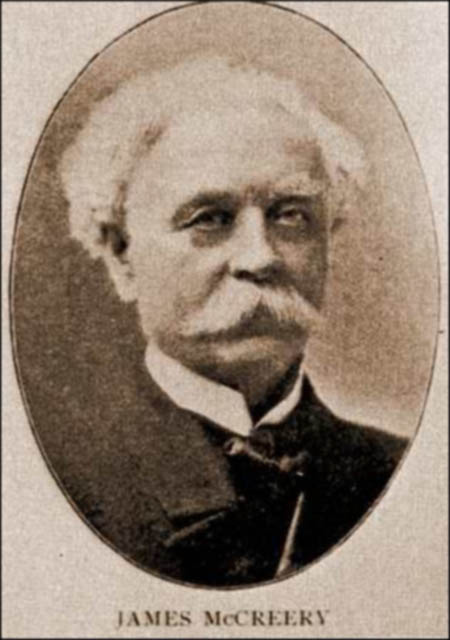 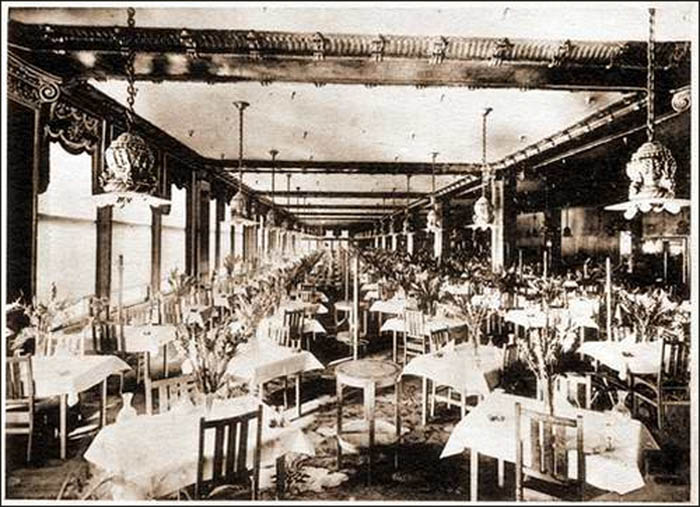 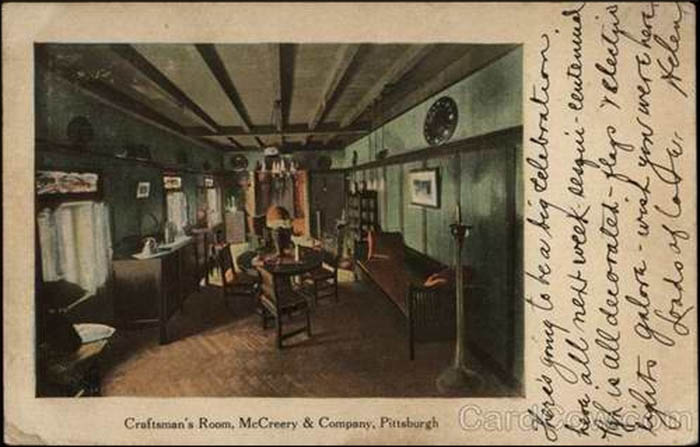 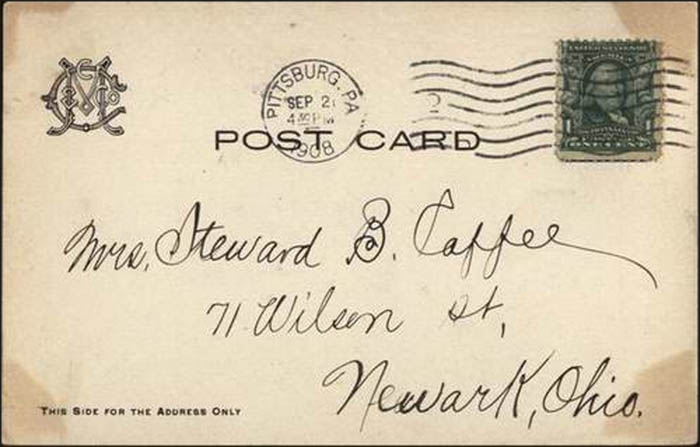 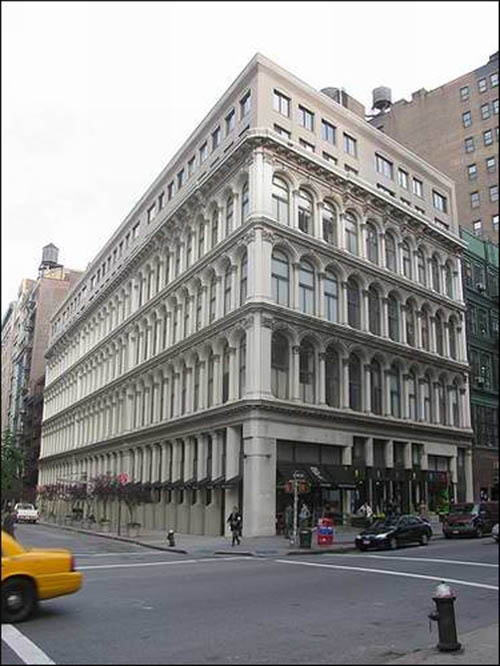 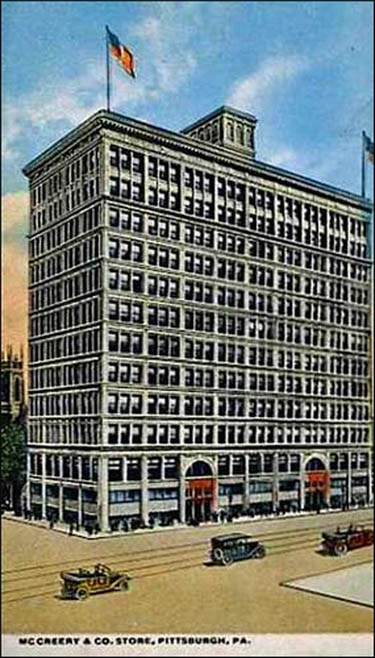 Notes: McCreery and Co. was an upscale quality old-line dry goods store in New York City – comparable to Lord & Taylor and Arnold Constable – founded in 1869 by James McCreery (1826 – 1903). It grew out of a store named Ubsdell, Pierson & Lake (founded in 1837) located at 471 Broadway, where McCreery had been employed since 1862.

In 1864, McCreery became a partner, and after Lake's retirement in 1867, the firm became known as James McCreery & Company in April 1869. That same month, McCreery opened his newly built magnificent store at 801 Broadway at 11th Street, which featured two cast-iron fronts. Considered "one of the most highly esteemed dry goods establishments in America," primarily for retail and wholesale textiles, McCreery operated "the largest silk-dealing house in the country," according to the New York Times.

In 1894, McCreery opened a branch store at Sixth Avenue and West 23rd Street. At the time of his firm's 25th anniversary, McCreery was listed by the Times "in the front rank of the merchant princes of the metropolis." After McCreery retired from business in 1901, his son James Crawford McCreery (1853 – 1934), who had been in his father's firm since 1877 and was a partner since 1889, formed the James McCreery Realty Co. to handle the family's extensive real estate holdings and served as president.

Incidental to James McCreery's retirement came a change to the company's status and its entry into the Associated Merchants Corporation, with the H. B. Caflin Company and the Adams Dry Goods Company as the other constituent parts. This corporation had been formed under a blanket charter in 1901 and was financed by J. P. Morgan and Company. James McCreery, the elder, died on February 25, 1903 in Aiken, South Carolina at his winter home.

In 1904, McCreery & Company erected a twelve story great store in downtown Pittsburgh located at the corner of Wood Street and Sixth Avenue, complete with a rooftop promenade, hydraulic elevators and its own power plant. As noted in the Builders Bulletin article regarding the new store, "In McCreery's: A Store of Many Attractions," it is described as a place where "sumptuous richness is the keynote."

It further adds, "It is doubtful if there is a building any place in New York wherein are collected finer examples of all that is superb in house furnishing, furniture and stuffs. A handsome booklet has been issued by this house, embellished with illustrations, and its perusal will serve to demonstrate something of the scope and range of McCreery and Company in the business they conduct. Better still, than reading the booklet would be to visit the store where the decorations of the various departments is in harmony with the objects shown."

The enthusiastic writer describes an interior amenity by saying "one must not forget the beautiful dining room where one may have luncheon or afternoon tea. … One may have a charming little informal luncheon here with a few friends, or may have a private dining room reserved and give an entertainment as elaborate as one could have at home and without any of the trouble and anxiety incident to home entertaining. Clubs may meet here for their social entertainments and have all the privacy desired. In the afternoon the dining room becomes a large reception room where shoppers may meet their friends and have a cup of tea or not, as they desire."

McCreery & Co. was the authorized western Pennsylvania agent for Gustav Stickley's Craftsman Workshop furniture, lighting fixtures, textiles, and accessories. Stickley was the leading proponent of American Arts and Crafts design, advertised throughout the country in his magazine, The Craftsman. Shoppers could purchase Stickley products displayed in a special department, the "Craftsman Room," and the dining rooms were furnished with his products (see postcard above).

J. H. Garrison, editor of the Program of the International Centennial Celebration and Conventions of the Disciples of Christ (1909) wrote, "The dining-hall, occupying the entire length of the building, on the ninth floor, is one of the most attractive features of the house. With its soft green walls, its grayish-green pillars, its green carpet, and its curiously tinted furniture, it displays a happy blending of color. The simplicity, the exquisite daintiness, the inviting repose, of such artistic taste is a matter of wonder at first, but most alluring in its unusual harmony. The furniture is of gray maple. The backs of the chairs are inlaid with pewter and copper in long, simple lines. Telephones are so arranged as to be placed on the tables when required. Guides are furnished on request to conduct visitors on a descriptive trip through this interesting and unusual building."

Syracuse: Dating this plate is a guess. It has the O.P.Co. Syracuse China backstamp – sans date code – that could have spanned 1897-1946. However, since this design is identical to the Theodore Haviland design that is dated 1914, it is likely that when it was time to reorder, the company turned to an American manufacturer. And by the 1930s, it seems that McCreery & Company could no longer find the clientele to support its luxury wares, hence the guess on the dates.

Maddock Pottery: Same description as our previous "unknown" that follows, except that the acanthus leaves are blue and not green. However, given the photos for the unknown, it is possible that the color was off or that it was altered in the editing process.

Unknown manufacturer: White body with two blue stripes, broken by light and dark green acanthus leaves with orange flowers. Topmarked in orange and green with the McCreery & Co. logo of a large letter "M" overlaying a large letter "C" with a small ampersand "&" overlapping both large letters in the 9 o'clock position, a small letter "c" intertwined at the 12 o'clock position and the letters "Co" intertwined at the 3 o'clock position. This sauce boat / gravy is unmarked, but Warwick China manufactured a similar pattern design topmarked with this same McCreery & Co. logo dating to the 1920s (see Restaurant China Volume 2 by Barbara Conroy, page 556).