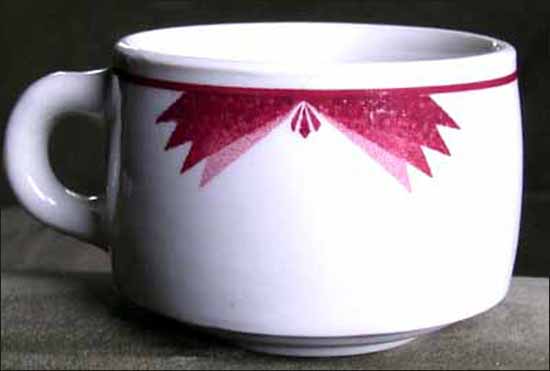 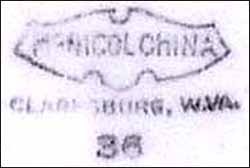 Notes: The pattern number was found in a 1951 D.E. McNicol Pottery Company catalog. It is not known if McNicol ever referred to this pattern by anything but a number, but it appears to be McNicol's variation of the common and popular Aurora pattern by Syracuse China.