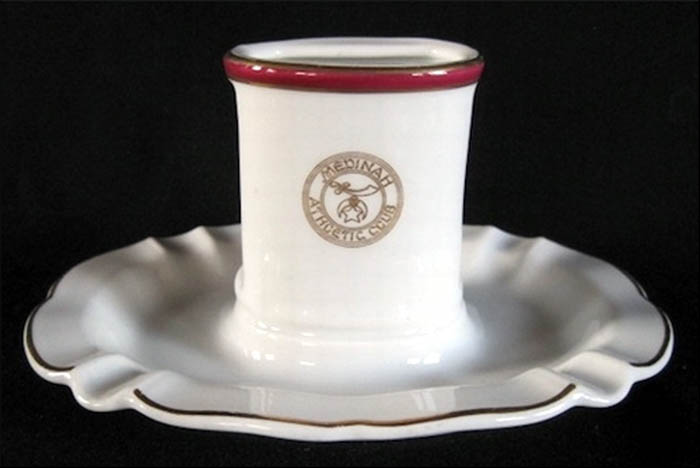 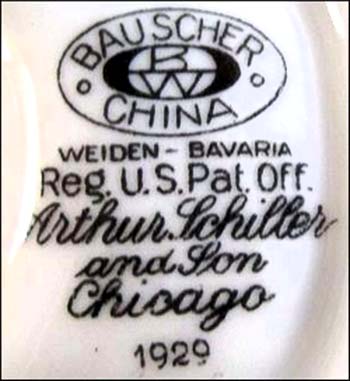 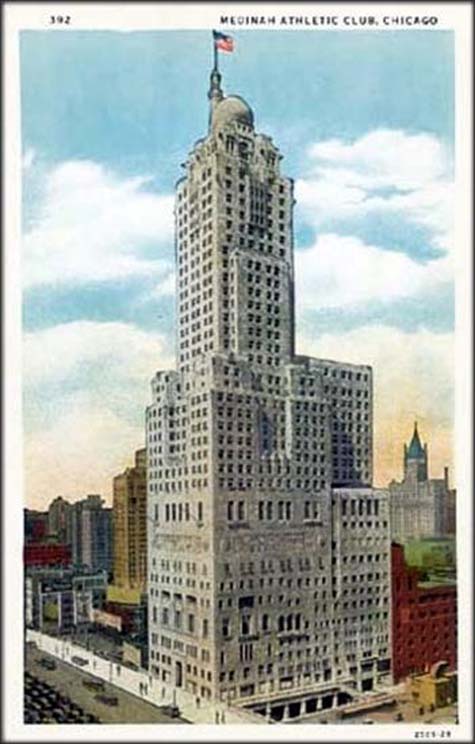 Notes: The Medinah Athletic Club was founded by the Shriners of Medinah for themselves and their brethren, yet remained a separate entity from the Medinah Shriners organization. Located at 505 North Michigan Avenue in Chicago, the facility included a gymnasium, bowling alleys, driving range, sauna, an Olympic-sized pool, ballrooms, restaurants, conference rooms, and 442 sleeping rooms. The Athletic Club did not survive the Great Depression, going bankrupt in 1935.

The building, still bearing its distinctive onion dome, as well as many Shrine-themed architectural elements on the interior, is now the Hotel Intercontinental.