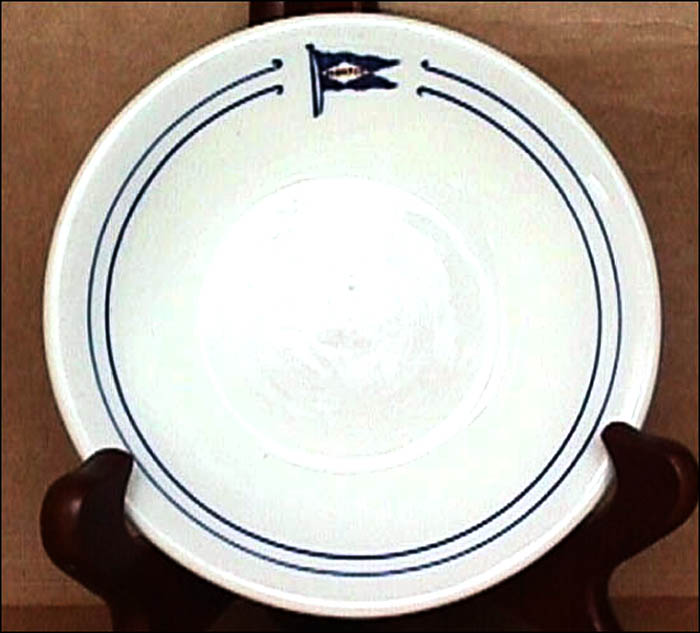 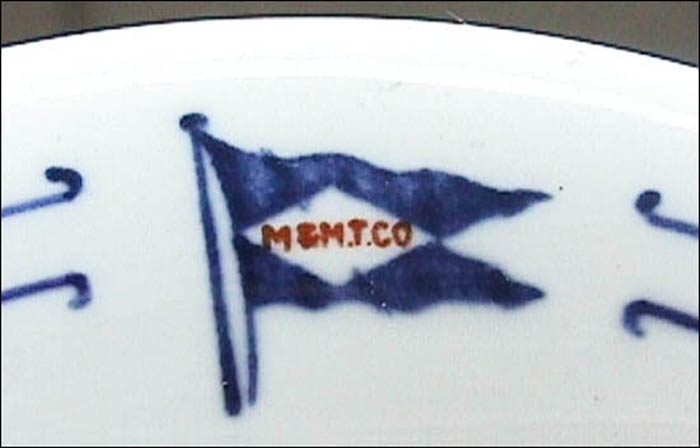 In 1900, they started a Philadelphia-Savannah run. In 1907, the company bought the Windsor Line operating between Philadelphia and Boston. Another line was established to Jacksonville, Fla., in 1908. In 1942, the company was appointed General Agent by the War Shipping Administration and was in charge of the management of a number of vessels in the off-shore trade. M&MTC ceased operations shortly after WW II rather than refitting the ships from military to civilian use.

White body with two blue lines around the rim are interrupted with the red, white and blue burgee of the Merchants & Miners Transportation Company. Although the manufacturer is unknown, this a piece in this pattern was part of Larry Paul's collection of Scammell China.