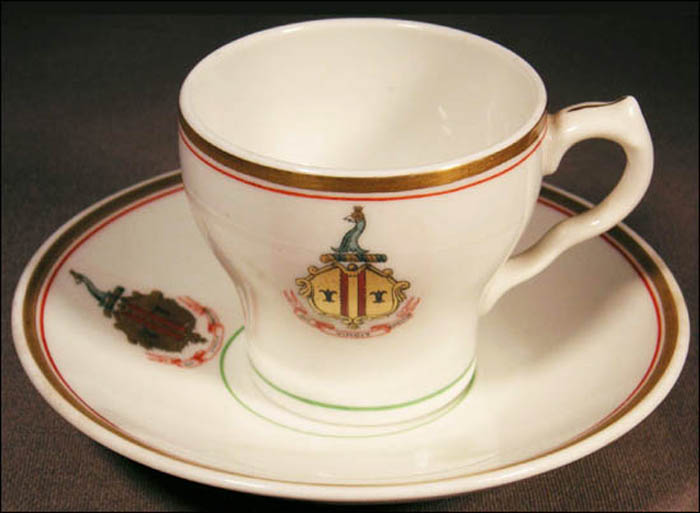 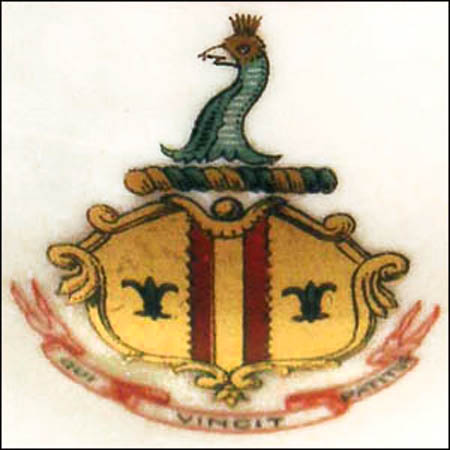 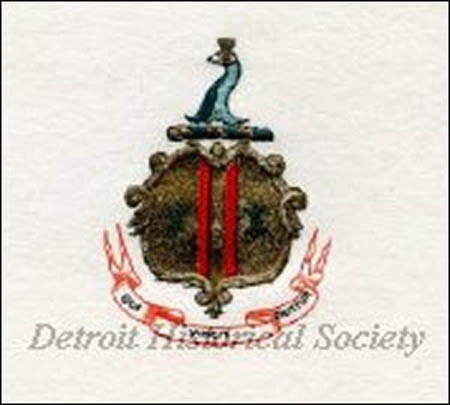 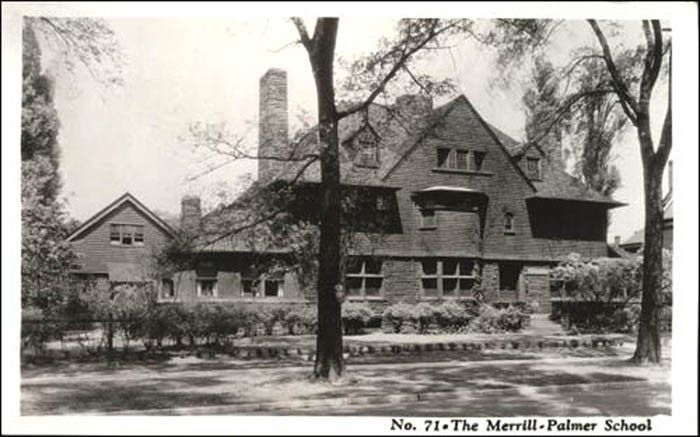 Supplier: American China & Glassware Co., Chicago
Notes: Mrs. Lizzie Pitts Merrill Palmer (Oct. 8, 1838 – July 28, 1916) left a bequest in her will to found the Merrill-Palmer Motherhood and Home Training School in Detroit. The school was established in 1920 in the former mansion of Charles Lang Freer. The Merrill-Palmer School focused on serving children through formal academic programs in infant, toddler, child and adolescent development, and in family functioning.

Later it became the Merrill Palmer Skillman Institute (MPSI). In 1981, MPSI was incorporated into Wayne State University, where it continues to operate.

So far only demi cups and saucers have been found with this crest. This pattern with its delicate handles would not have been used in a school cafeteria, and there is the possibility that the order was limited to a coffee/tea/dessert service for entertaining.

Crested with a shield containing two red vertical bars in the center of the coin gold background. A fleur de lis ornament is on each side of the red bars. Black outlined scroll frame around shield. Peacock head on a ribbon torse bar, above shield. Three-part banner curved below containing: Qui Vincit Patitur (He who endures will succeed). Coin gold rim line with red pin line. Mint green saucer verge (and cup base) pin line.