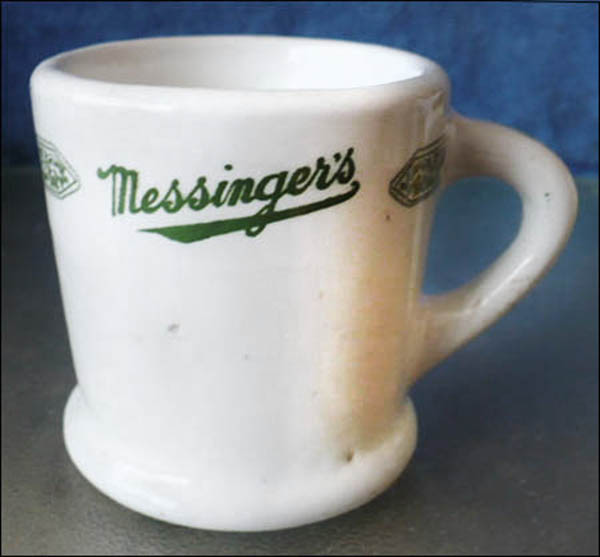 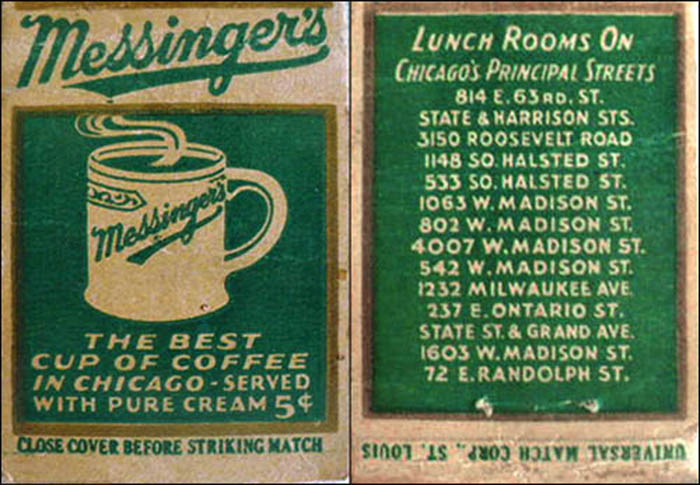 Matchbook and mug seem to have the same border pattern.

Notes: Samuel P. Messinger was proprietor and sales manager for his chain of lunch rooms in Chicago in the early 20th century.

The first mention found of Messinger's is 1912 in The Economist, Volume 47, in which it mentions that the chain had 14 lunch rooms. A Jan. 25, 1919, ad in The Chicago Eagle for Messinger's includes 17 branches.

The latest reference found for Messinger's was 1922 in an article about the United Hebrew Trades citing the working conditions for cooks and waiters at the restaurants and that the restaurant chain hired many non-union employees for those jobs. That was one of many references found that described Messinger's ongoing Union problems.

The mug has a border of small green leaves surrounded by double lines, intersected by the Messinger's name in green script.