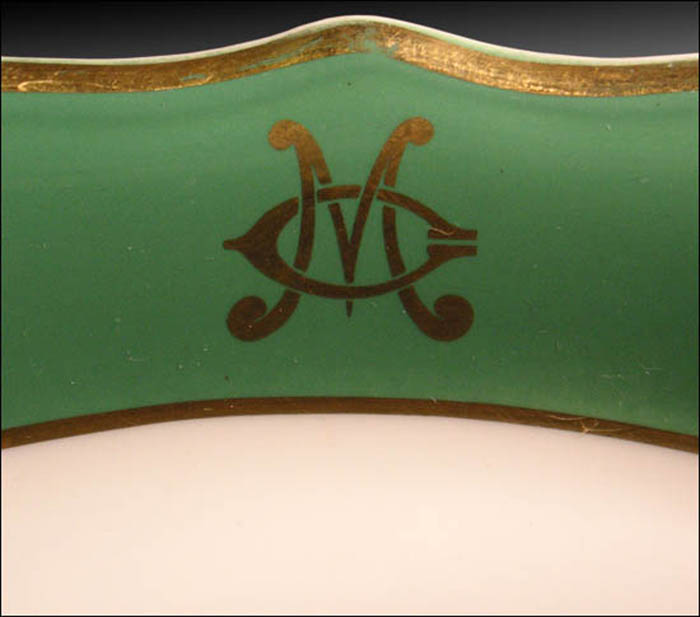 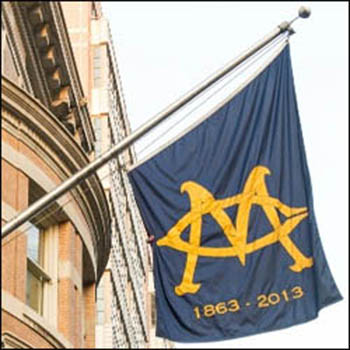 Notes: Website. According to the Metropolitan Club website: "Since its founding in 1863, at the height of the Civil War, by six Treasury Department officials, it has pursued its primary goal of furthering 'literary, mutual improvement, and social purposes.' Today, nearly 150 years after its founding, the Club continues to attract distinguished members from around the world."

The club has been at its present location at 17th and H streets in Washington, D.C., since 1908.

The emerald green platter has an intertwined M and C logo, and lines at the verge and rim, all in coin gold.