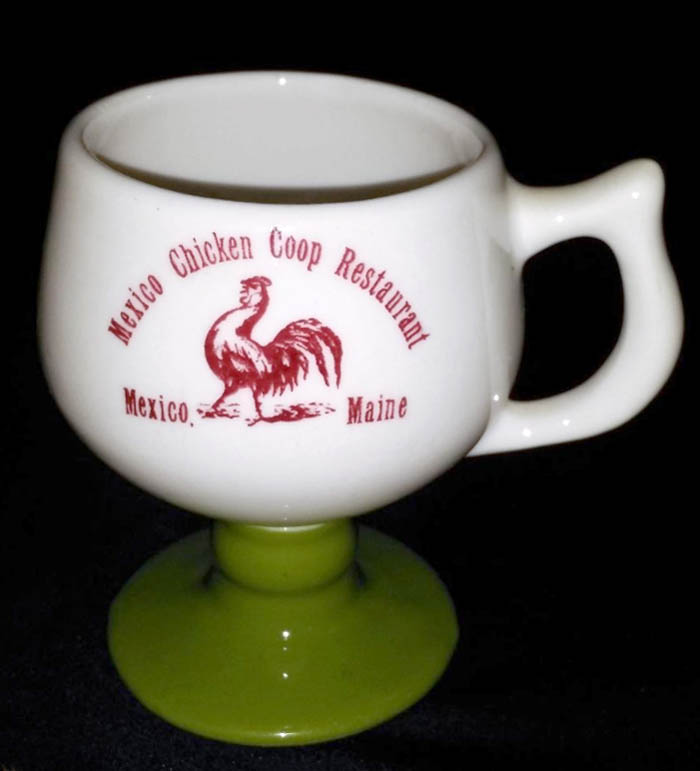 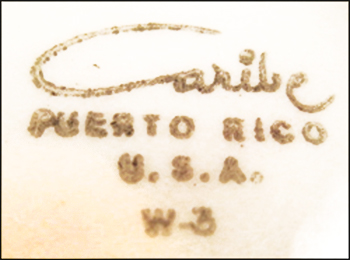 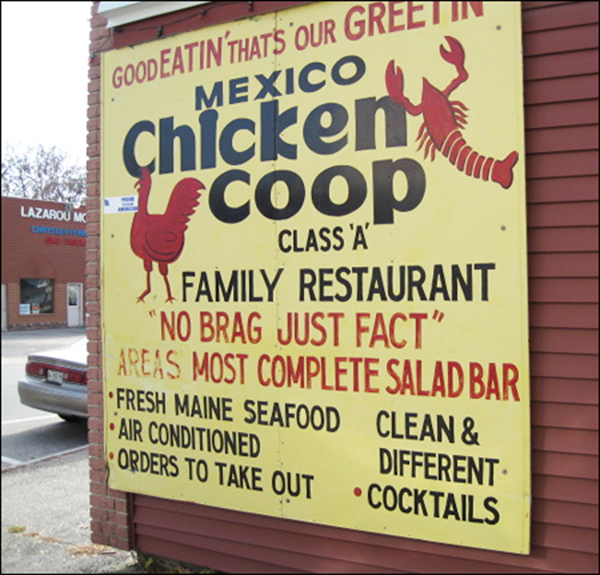 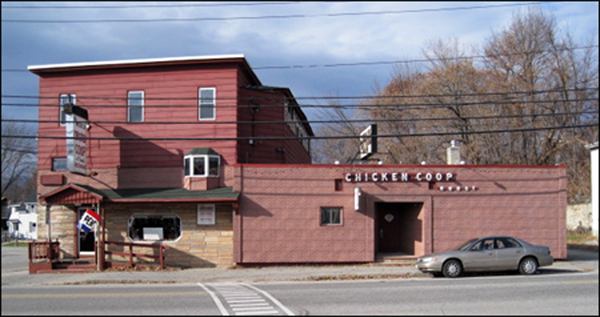 Notes: Located on Main Street in Mexico, Maine, the Mexico Chicken Coop Restaurant has been in operation since 1946 and is still in operation today (2009). According to the current wait staff, while the original two-story building was constructed in 1946, the one-story addition was added in 1953.

The owners lived on the second floor of the building, on the left in photo below. Ostensibly chickens were kept in the basement.

Photos and ID provided by dbstoneware