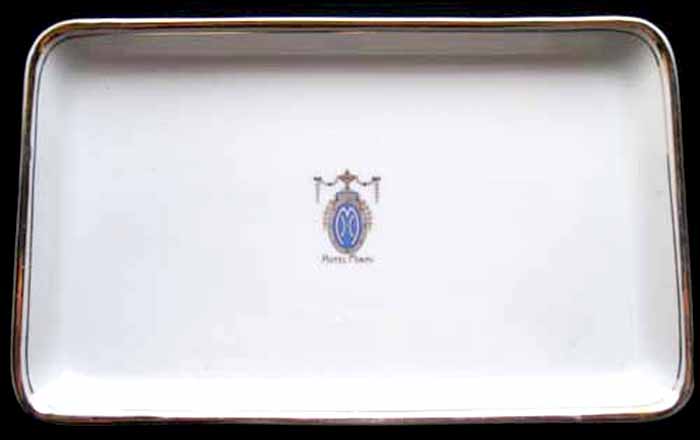 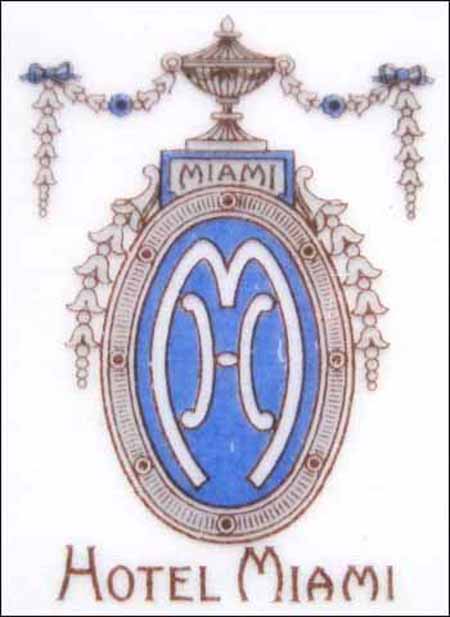 After the hotel closed, it became senior living space. At some point the name was changed to the Miami Towers and today (2011) is a continued care community.

The Empire dresser tray has a white body with coin gold band and line on rim. Logo is an oval frame with a field of blue with M H inside in white. Atop the frame is the word Miami in blue with an urn above and swags of bellflowers and bows to each side and below are the words Hotel Miami.