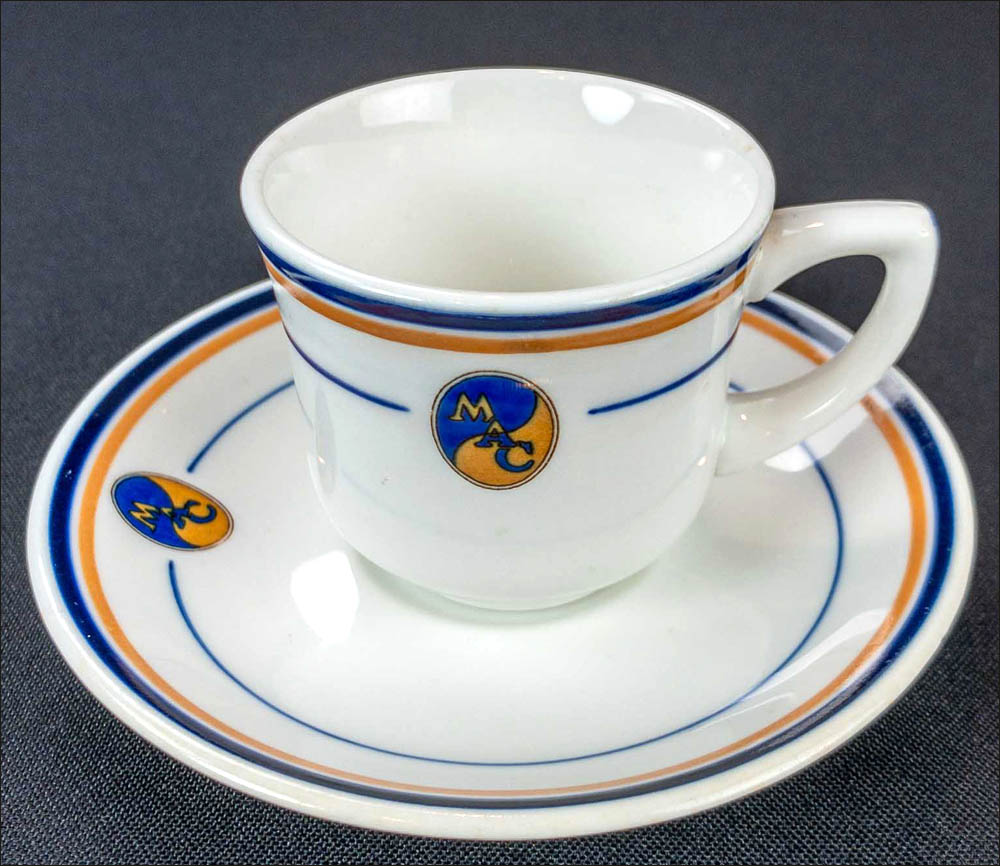 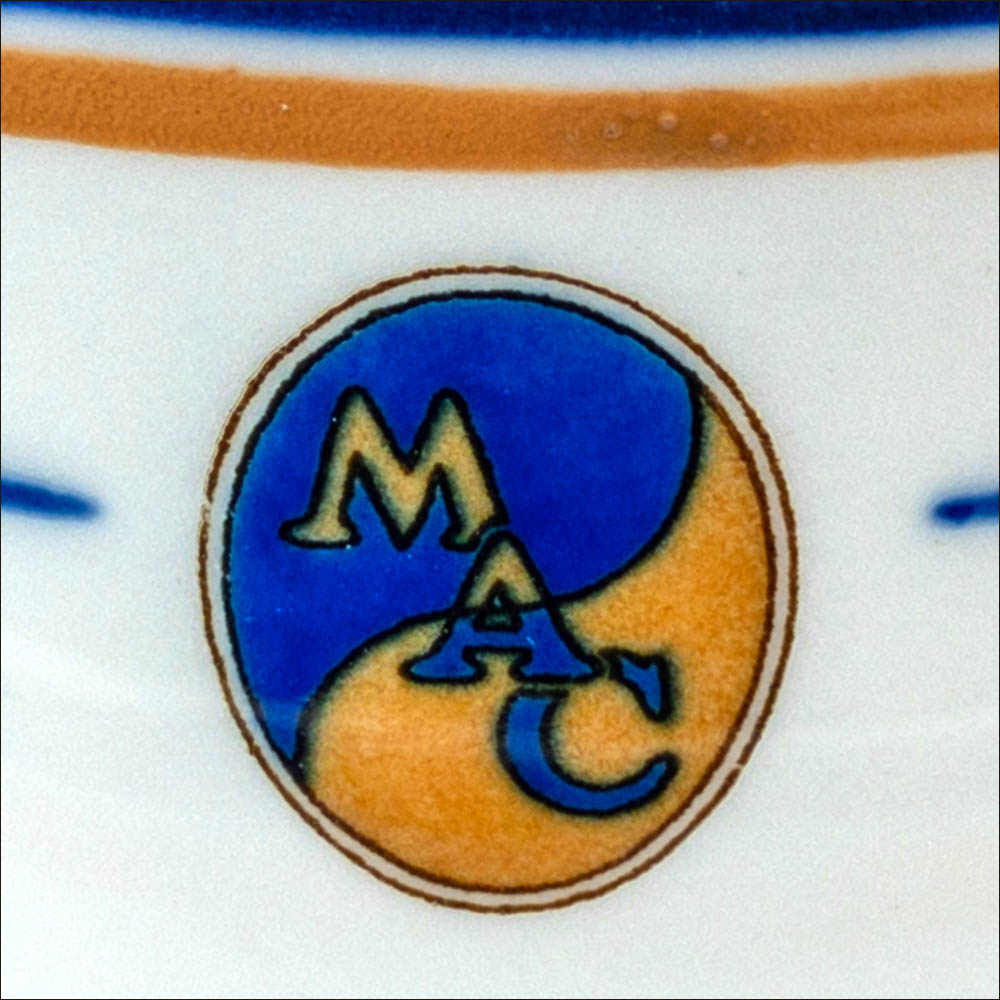 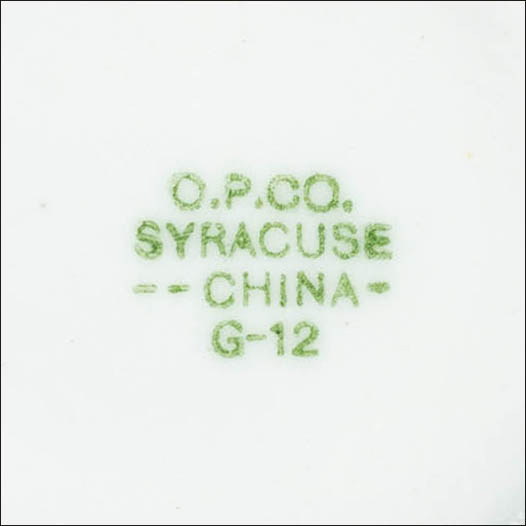 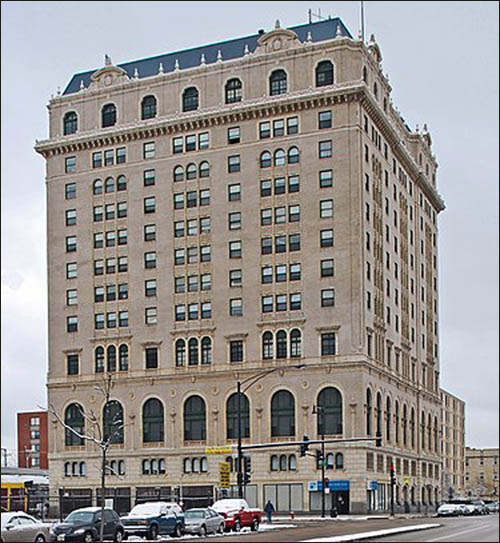 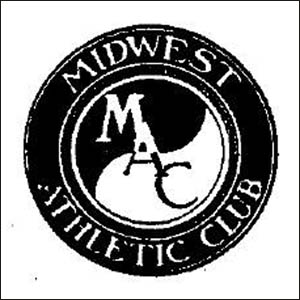 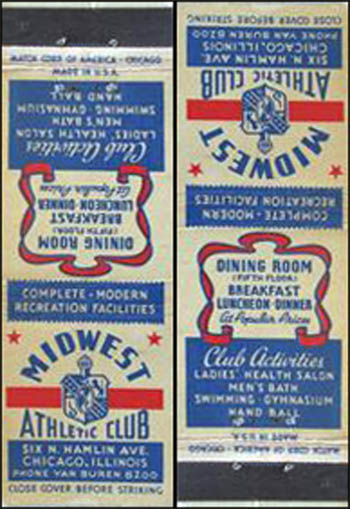 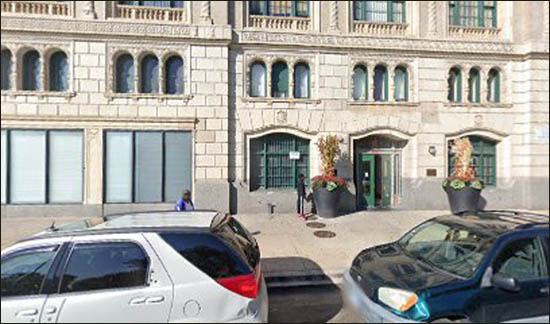 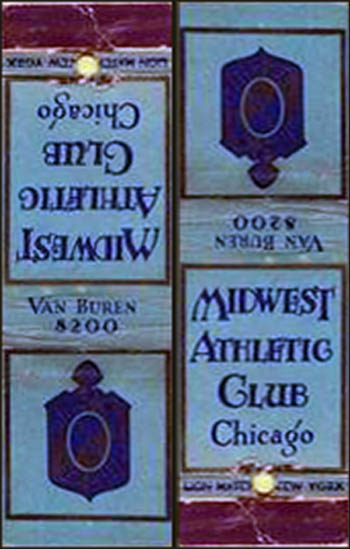 Notes: From Wikipedia, "The Midwest Athletic Club is a historic athletic club building located at 6 N. Hamlin Ave. in the West Garfield Park community area of Chicago, Illinois. The club was built in 1926-28 under the direction of a committee of West Side business leaders. The thirteen-story building's design featured ornamental terra cotta, large arched windows on the third floor, and a mansard roof; it also provided views of Garfield Park, the north side of which was across the street. Its facilities included an Olympic-sized swimming pool, a gymnasium and exercise rooms, handball courts, billiard rooms, a library, dining rooms, and a ballroom. The club grew to include 2000 members in its first year, most of them businessmen and their families; however, the building entered receivership in 1930 and was converted into a hotel."

White body cup and saucer with a thick navy and a slightly thinner light orange or gold line around the top of the cup and the edge of the saucer's border. Under these two lines is a thinner navy line broken by a round monogram MAC logo in navy and light orange or gold.