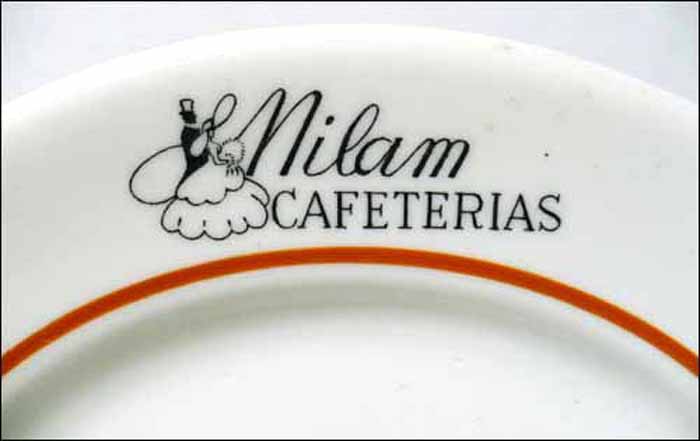 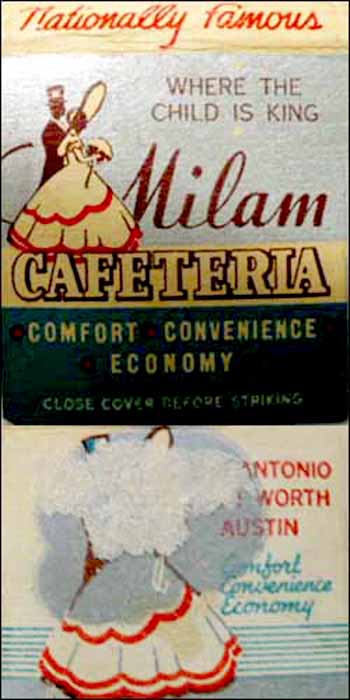 Notes: Milam Cafeterias was located in San Antonio, Texas, in the Milam Building, named for Col. Ben Milam, a leading figure in the Texas Revolution. The building opened in 1928 and was the first high-rise building in the US to have air conditioning. Other locations of this chain were Fort Worth and Austin.

White body, line drawing of a bride and groom with Milam Cafeterias in black. Orange stripe around the verge.