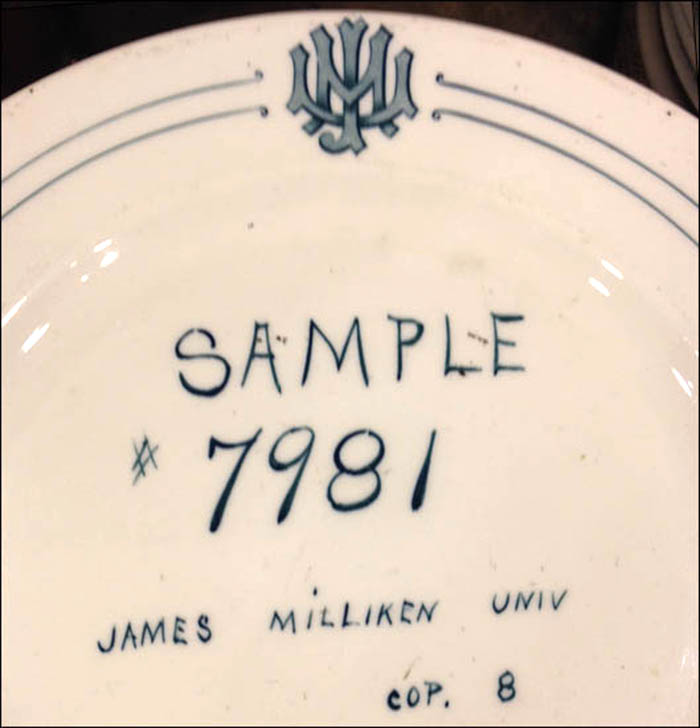 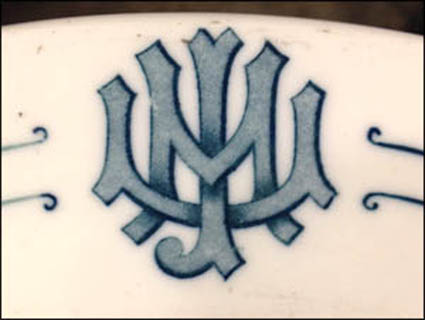 The five-story Women's Hall (Aston Hall) opened in September 1907 with a dining hall in the basement. The present Millikin University logo, a triangle within a circle, bears no resemblance to the monogram on the china, but blue and white are still the university's colors. Note that "Milliken" is misspelled on the sample plate, that is located at Fishs Eddy in New York.