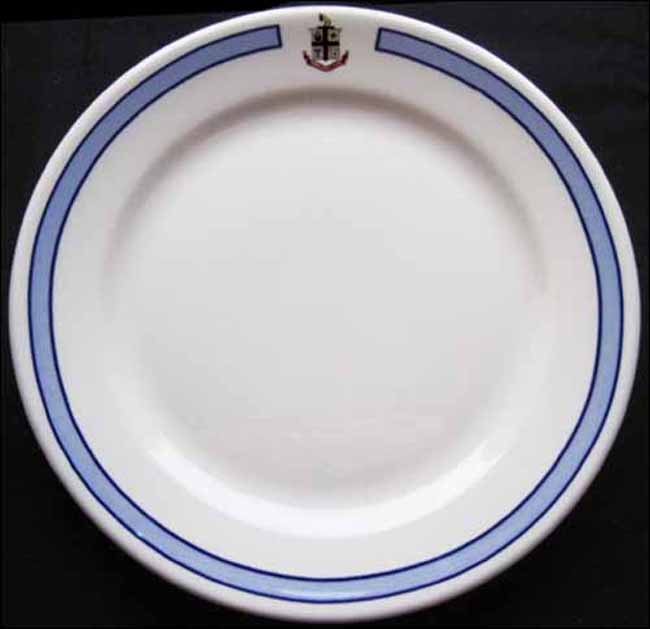 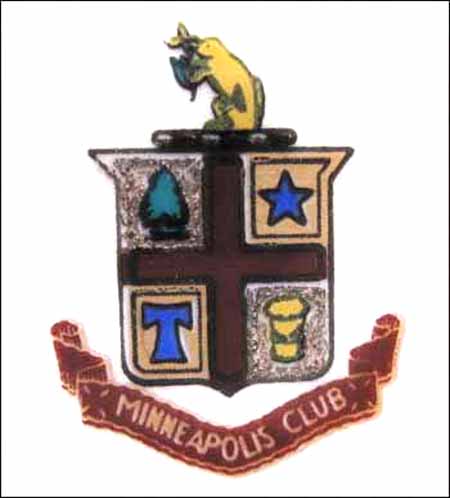 Notes: "The Minneapolis Club, Minneapolis, Minn., was organized in 1883 and incorporated in 1885. Originally, it occupied the second floor of the Syndicate Block, then a newly erected building fronting on Nicollet Avenue and extending from Fifth to Sixth Street.

"Outgrowing these quarters, the Club acquired the Rand Residence and property on the corner of Sixth Avenue South and Seventh Street, to which it moved in 1886. Here it remained for six years. When a clubhouse was built on the corner of Sixth Street and Marquette Avenue, then First Avenue South, the Minneapolis Club resided there from 1892 until 1908. The present Club building was completed and opened on November 1, 1908 and the annex built in 1911.

"Improvements and additions have since been made, including a multi-million dollar expansion and renovation completed in Spring 2002."

White body, light blue band with dark blue outline on rim, broken by crest of maroon, brown and gold consisting of a green pine tree, blue star, blue T and a gold goblet / vessel, maroon and gold banner with Minneapolis Club below. Gopher atop the torse.