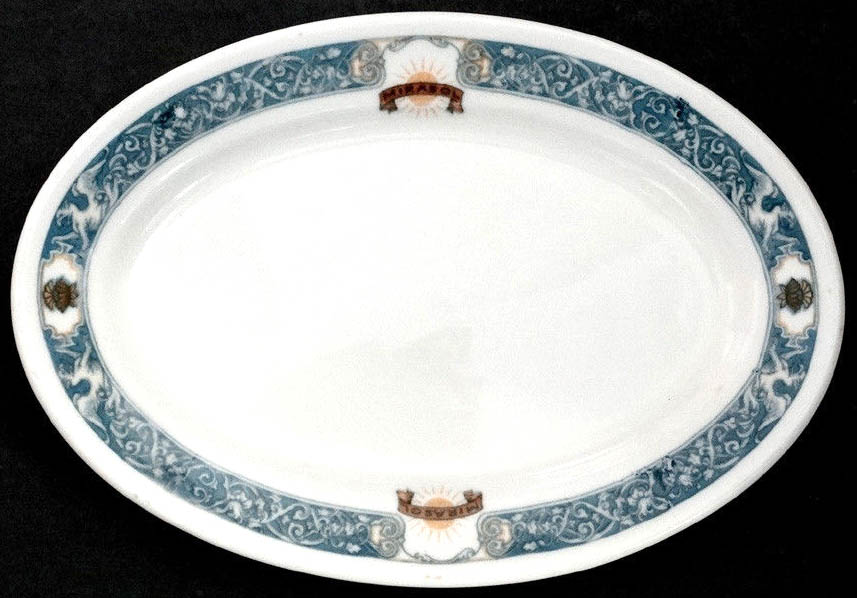 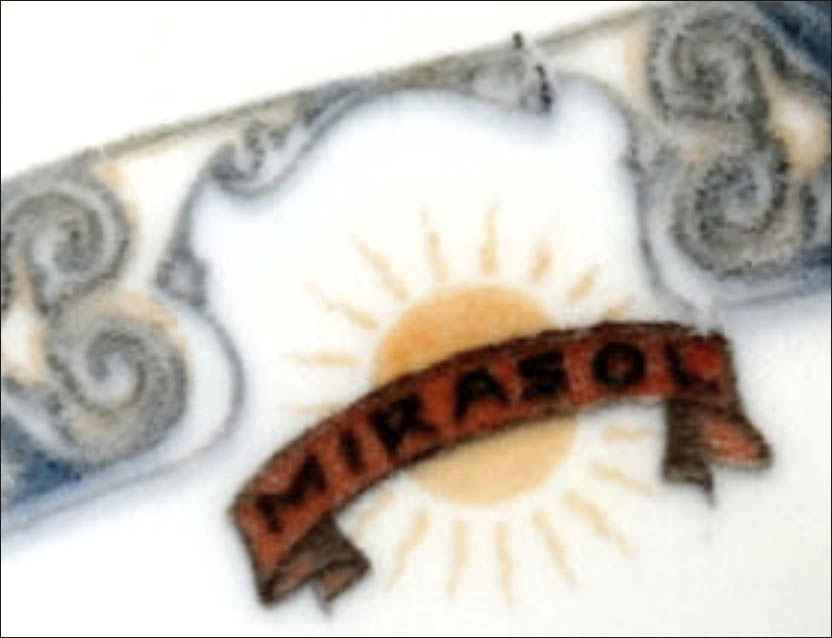 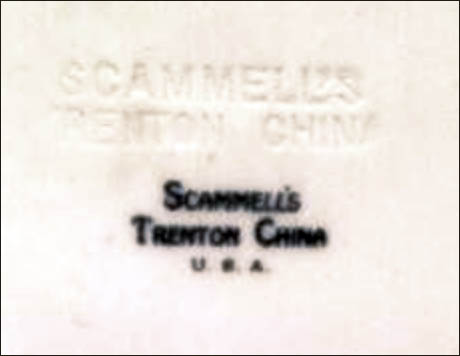 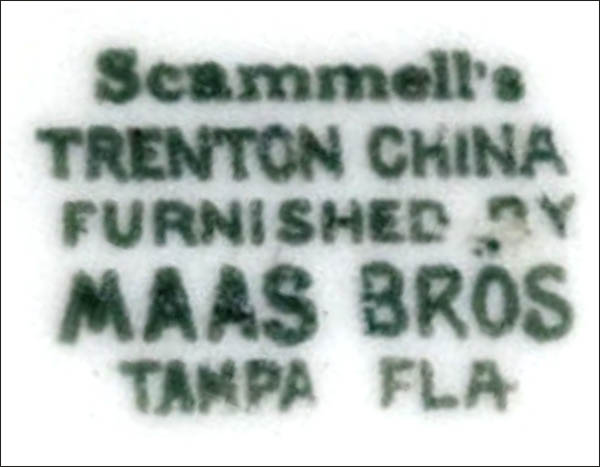 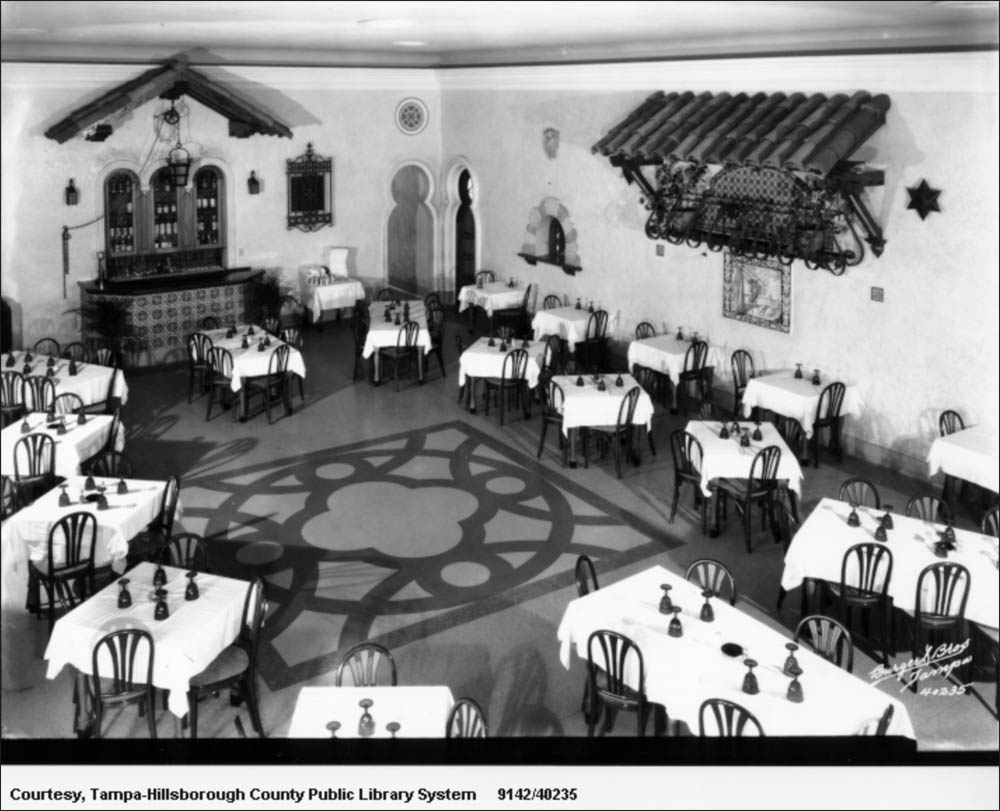 Dining Room at the Mirasol Hotel 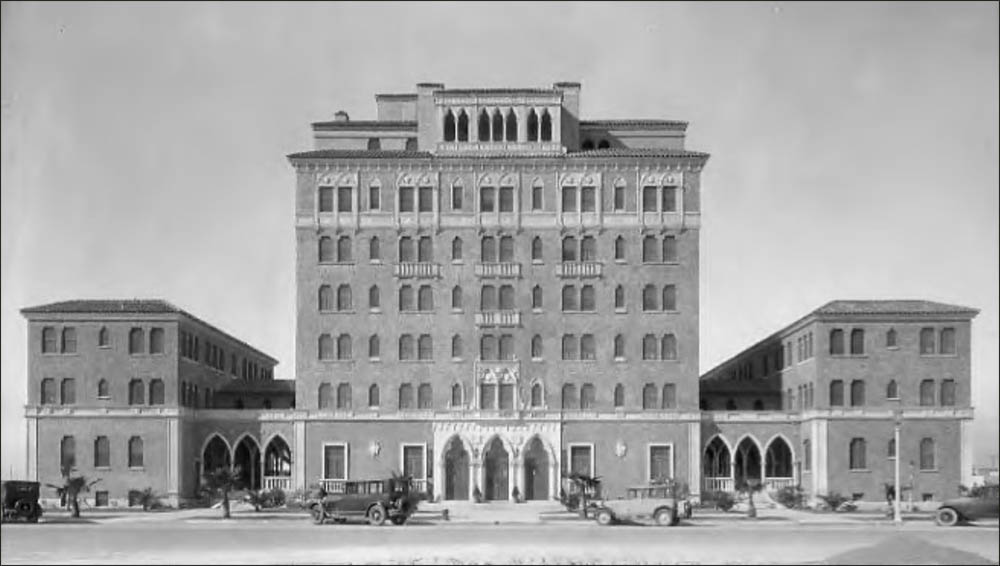 Notes: In 1924, David Paul Davis (1885 -1926), a real estate developer, dredged up sand from Biscayne Bay to shape the three islands that would become known as Davis Islands. October 4, 1924 was opening day for land sales and all of the 300 available lots were sold that day. A hotel was one of the projects promised by David P. Davis Properties Company. The seven-story, 100-room Mediterranean Revival-style Mirasol Hotel opened in 1925, on Davis Blvd. The Mirasol contained apartments and hotel rooms, and had its own yacht basin. In 1962, it was converted into luxury apartments and renamed Davis Islands Towers.  By 2022, it had been renamed Mirasol Apartments, with 59 apartments.

The china service made for the Mirasol was done on Trenton China. The crest is a red banner with "MIRASOL" in black, with an orange sun behind the banner. The decal border, with white scrolls and winged griffin against a blue background, was a design Scammell used for other customers, as well. Some pieces are back stamped with Mass Brothers as the distributor.