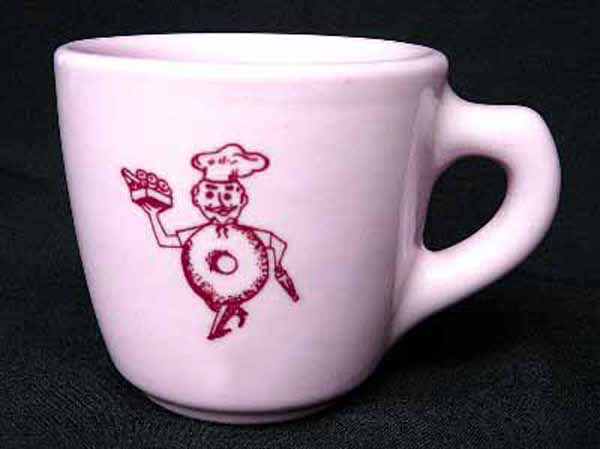 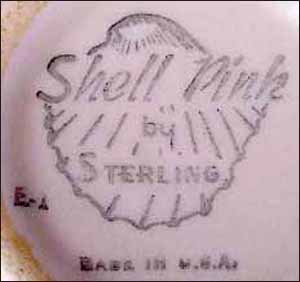 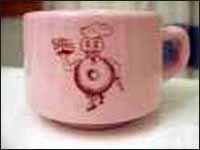 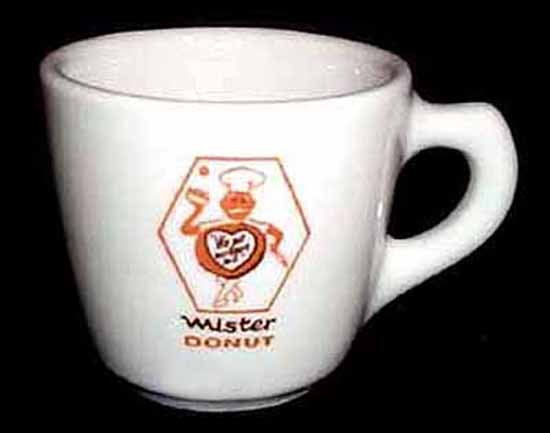 The 1966 donut/heart advertisement following ties in nicely with this mug design from the same year. 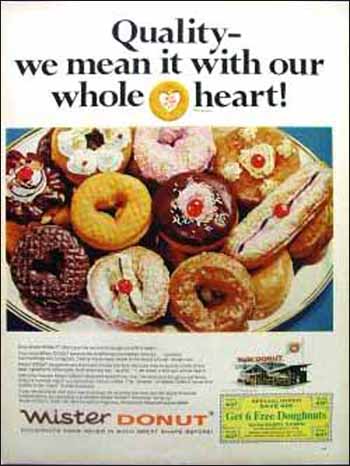 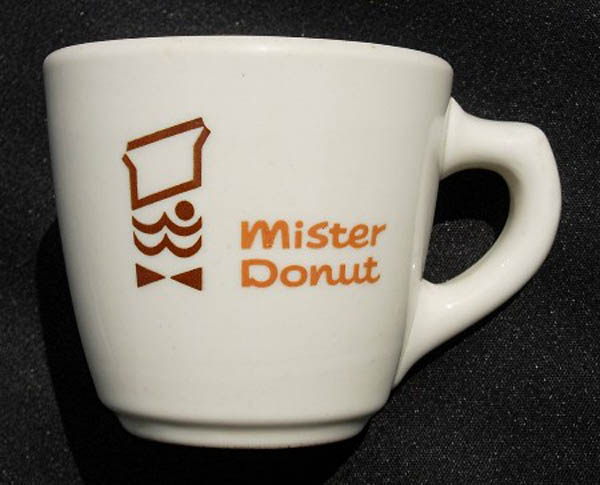 Notes: Mister Donut was founded in 1956 and was eventually acquired by Dunkin Donuts in 1990, with some Mister Donut franchises electing to keep their own identities. In 1983, a Japanese company acquired the Mister Donut rights and it is now the largest donut chain operating in Japan. (Source: Wikipedia)