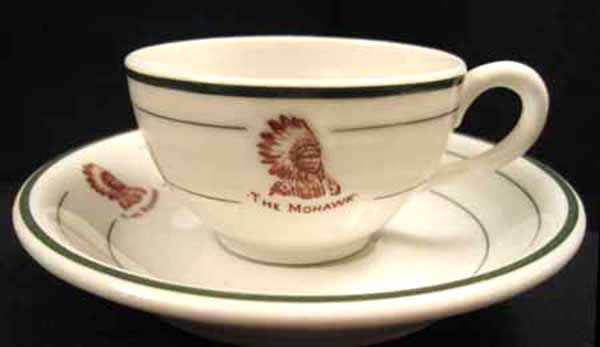 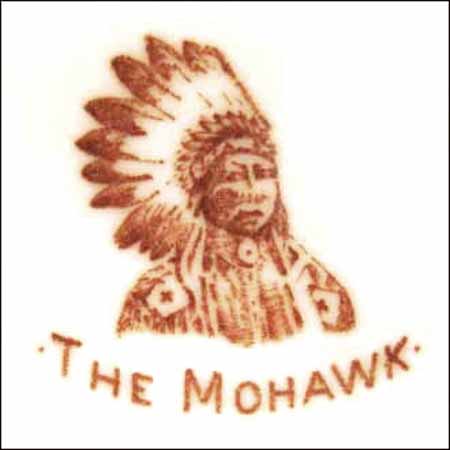 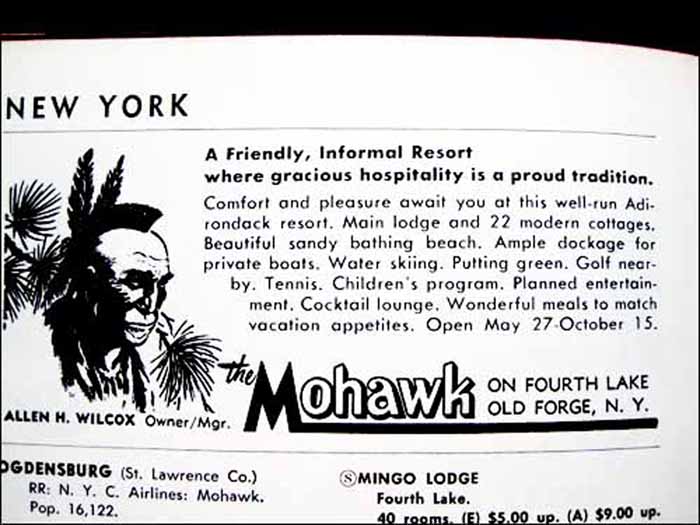 Notes: Located on Fourth Lake, 13420 Route 28, Old Forge, N.Y., The Mohawk opened circa 1907 with approximately 80 rooms and cottages. It was a summer resort in the Adirondack Mountains, open from the end of May to the middle of October.

White body with green band and lines on rim with a rust colored Native American – Indian – in feathered headdress and The Mohawk beneath.

Info and photos contributed by dbstoneware