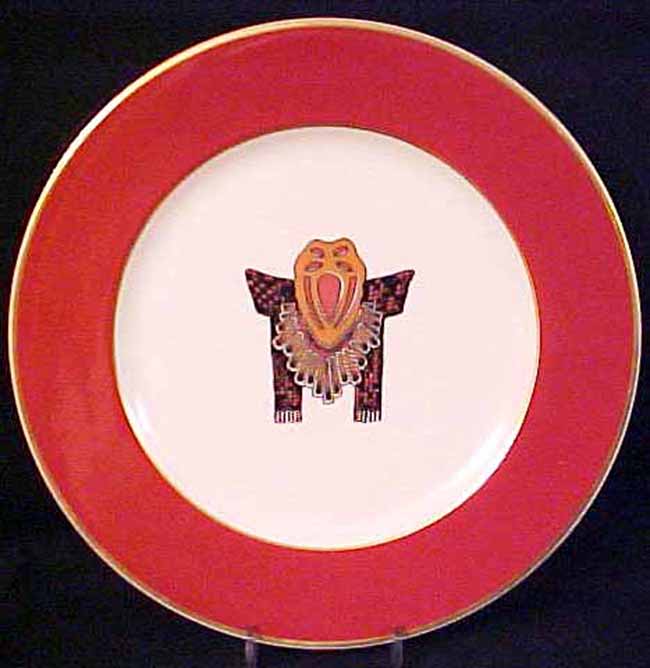 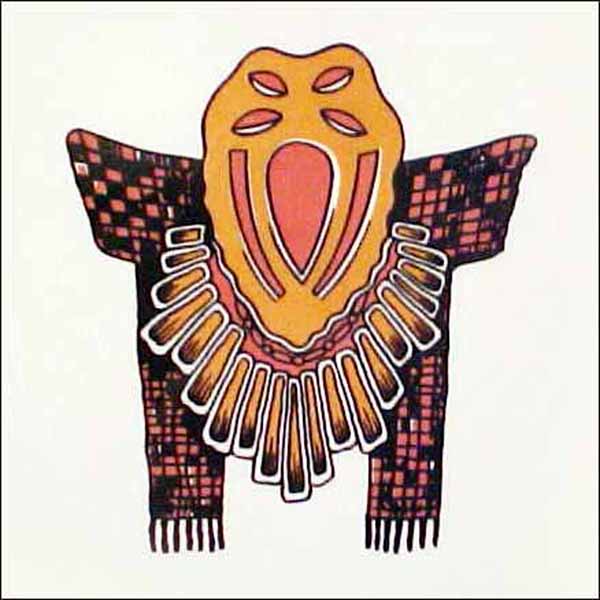 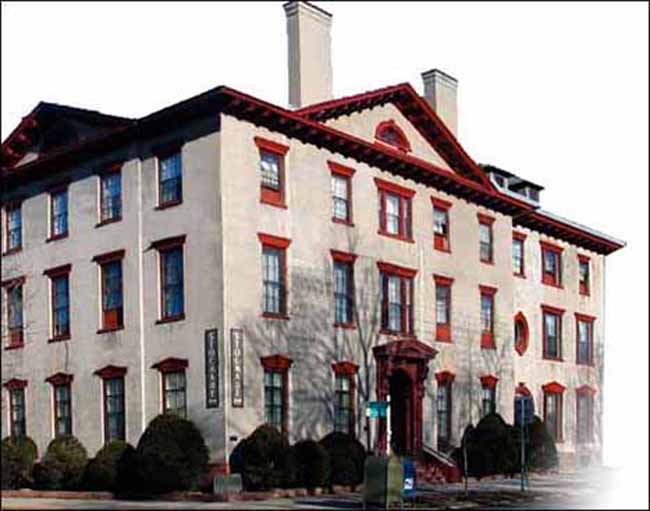 Notes: The club began in 1877 in Schenectady, N.Y., as a sports club; it was incorporated as the Mohawk Club eight years later. For more info on the club, visit https://sites.google.com/site/clubmohawk/history. For more history of the club building visit, http://www.stockadeinn.com.

The service plate has coin gold on the rim, a wide maroon or dark red band, and a costume design that looks Native American or Indian in the plate's well.