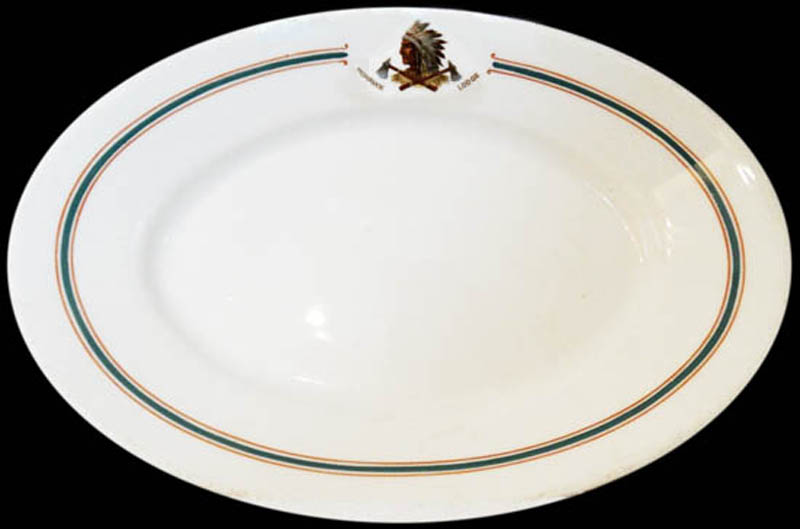 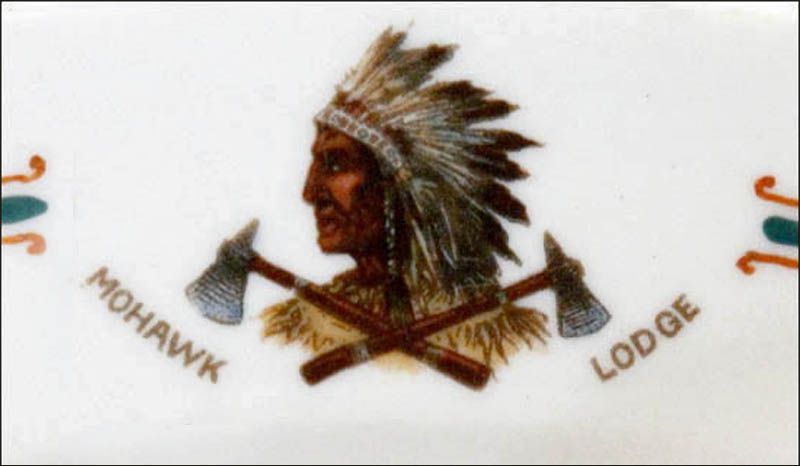 Notes: Mohawk Lodge #200 was founded October 18, 1907, in Marcola, Ore., and was located on the Mohawk River. Initially it had six charter members and 47 initiations. Membership had grown to 87 by the time the Lodge opened its new two-story clubhouse on Saturday evening, July 29, 1911. The 20' x 36' dining room with adjoining kitchen was located on the second floor of the 40' x 45' clubhouse. At that time, 57 women were members of their Mountain Home Rebekahs auxiliary. On December 2, 1936, the Mohawk Lodge consolidated with Lodge #76.

Note: This Native American chief decal, created by Maddock, was offered to a number of customers. In some cases it was used without customer identification, so this was not an exclusive crest for the Mohawk Lodge.